iFly.com
Chengdu Shuangliu International Airport CTU - or short 'CSIA' - is in Chengdu - the capital of Sichuan Province - located in southwest China. It is Sichuan Province's major airport, and is one the busiest airport in Western China, and currently the fourt-busiest airport in China.  Its catchment area includes an astounding 500 million people!  Shuangliu Airport is considered an international-level aviation hub - ranking on the same level with Beijing, Shanghai & Guangzhou airports. Nonstop flights are available to the long-distance cities of San Francisco, Amsterdam, Frankfurt, London, Moscow, Paris and Melbourne.
While tourists flock to the spectacular scenery of Sichuan (including UNESCO-dedicated World Natural and Cultural Heritage sites) - Chengdu City is also host to 271 Fortune 500 companies, creating a growing number of domestic & overseas business flights.
CSIA is located 16 km southwest of downtown Chengdu, situated in the central part of Shuanxi Plain, north of Shuangliu County, and is accessible to downtown Chengdu by an expressway.

NOTE:
- Travelers needing to catch a 6am flight out of Chengdu Airport will need to take a taxi - as currently buses only arrive at 6:30am (overnight sleep in terminals is not permitted).
- Domestic flights will close their check-in facilities 45 minutes prior to departure.
- China has granted a 72-hour 'visa-free transit' for nationals of over 50 countries, including the U.S.


Future Airport Developments: A new 'Chengdu Tianfu Internantional Airport'  is to become the second airport of Greater Chendu - located in the town of Lujia, Jianyang city - a 51.5km distance from central Chengdu.  Ongoing Phase 1 construction of the passenger terminal (in the shape of a 'Sun Bird')  is to be completed by 2018, reaching a capacity of 40M passengers per year- to be   completed by 2020 - when it is to be nearly twice the size of current Chengdu's Shuangliu terminal. Upon completion of Tianfu's three runways, it is to become China's second-largest airport.
A light rail train and new highway are to connect both airports. 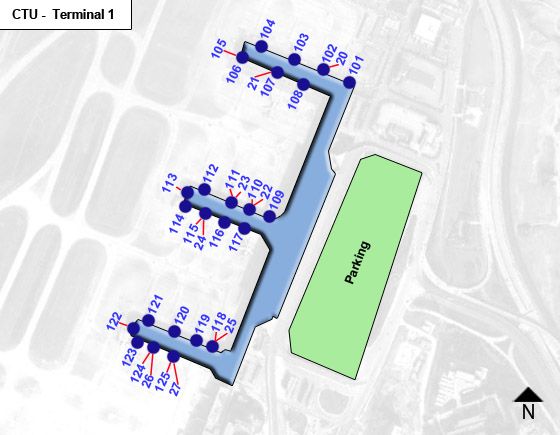 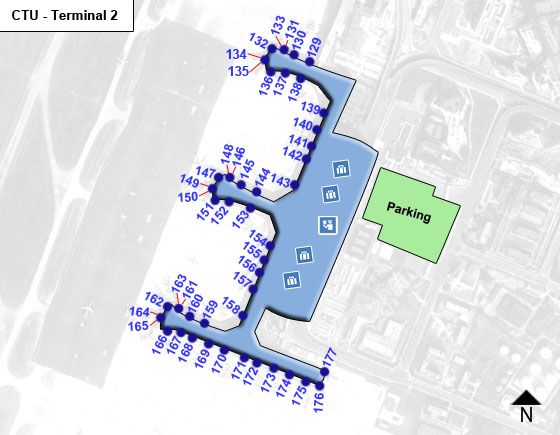 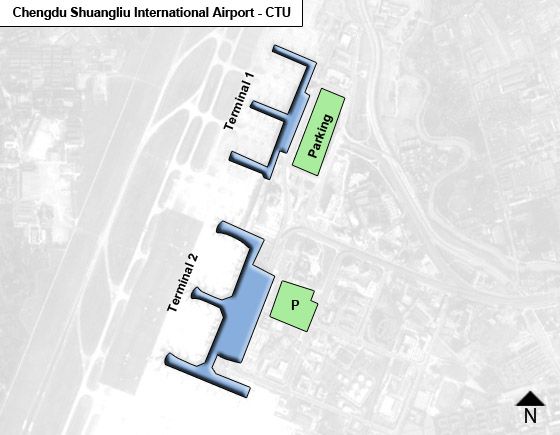