GUM is located 3 miles (4.8 km) east of the capital city of Hagåtña (formerly Agana) in the United States territory of Guam. The airport covers an area of 1,657 acres.

Guam Airport has one passenger terminal with 3 levels.

Also known as the departure level, it has ticket counters in both East & West Wing lobbies, a Meeter /Greeter area, a cafe & airline & GIAA offices.

Short-term parking is one of the most convenient options to park at Guam Airport.

Passengers who’re traveling for a longer duration can use this lot for parking.

There are many ways passengers can get from Guam Airport. From rental cars to public transport to taxi, plus more, travelers can choose among a variety of options available after arriving at the airport.

Car Rentals can be easily found at the GUM Airport. Hertz, Dollar, Budget, Avis, etc. are some of the well-known providers.

Passengers can choose among various taxi service providers at GUM including Mango Taxi, Hey Guam Taxi, and many more.

For visitors to have a great stay, Guam Airport provides a myriad of amenities and services including: 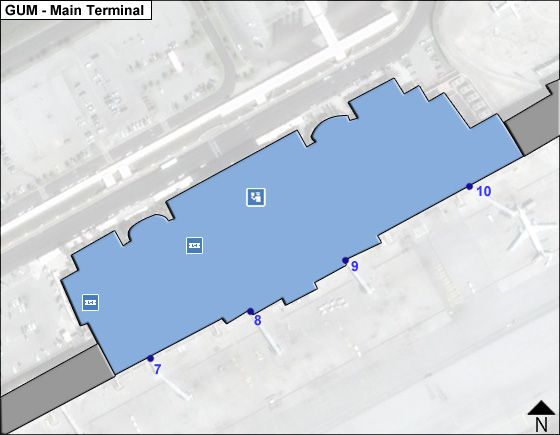 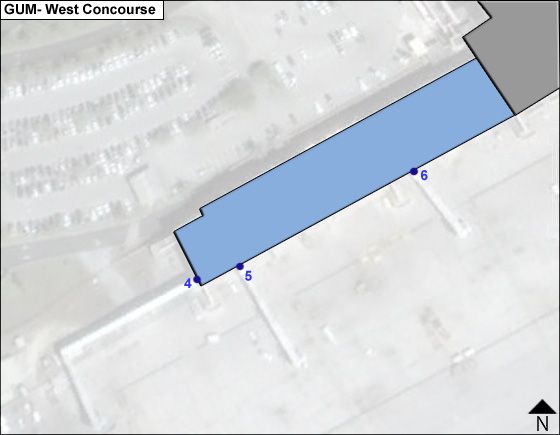 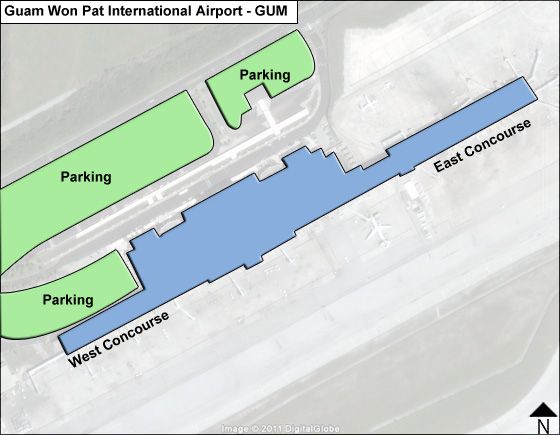 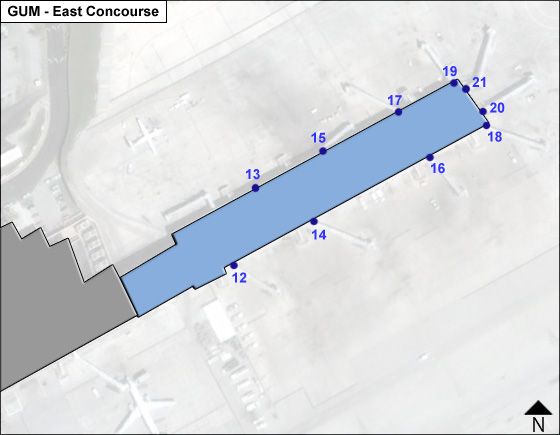 The Airport Welcome Center is located in the Arrivals lobby and is happy to assist passengers in providing useful information that include transportation, hotels, and more.
No. Passengers can place cell phones, PDA’s, keys, loose change, jewelry and large metal items in your carry-on baggage before entering the screening checkpoint.
You can fly to many locations from GUM airport. Check our direct flights page here, to know more.