iFly.com
Murcia San Javier Airport MJV serves Spain's Autonomous Community of Murcia and its surroundings.
The Airport is located in the district of Santiago de la Ribera, San Javier municipality, and is 17 miles south of Murcia, on the north shoreline of the Mar Menor. It is situated on the Costa Calida, and is within easy traveling distance to the southern tip of the Costa Blanca with its resort towns like Torrevieja. Murcia Airport is accessible by both AP-7 (Autopista del Mediterraneo), or the Mar Menor Road.
San Javier Airport had won two international awards for efficiency and service quality.
With 1.1 million passengers in 2016, and two runways, the Airport is served by domestic & international, regular, as well as low-fare airlines, offering direct and connecting flights to Europe and beyond.

NOTE:  Current Murcia Airport vs. New Corvera Airport:
In May 8, 2017, it was reported that the opposition parties in the Murcia assembly feel that San Javier airport could still remain open and be profitable - even when the new facility at Corvera (which is virtually complete) will become operational after management tender award in 2017.  The new Corvera facility was built in a no-fly zone, and technically cannot open until San Javier airport is shut down.
Address
Ctra. Del Aeropuerto
Santiago de la Libera/Murcia, ES-30720
ESP
Website: http://www.aena.es/es/aeropuerto-murcia-san-javier/index.html
Contact: [email protected]
Phone: 34 91 321 1000 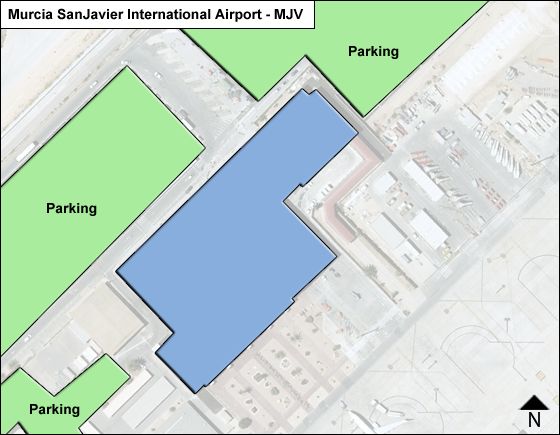