80 °F / 27 °C 7:04 PM
iFly.com
Sendai International Airport SDJ serves the region of Tohoku, Japan. It is located in Natori, Prefecture of Miyagi, and is10 km from city center of Sendai, on the east coast of Honshu Island, Japan.

With 2 runways Sendai International is served  many national and international airlines offering direct flights throughout Japan, and to cities in China, Taipei and South Korea. The summer season is the busy season with marked increase in both domestic and international flights.
Sendai Airport has one passenger terminal. (For more information open 'Terminal map' and scroll down to the text. 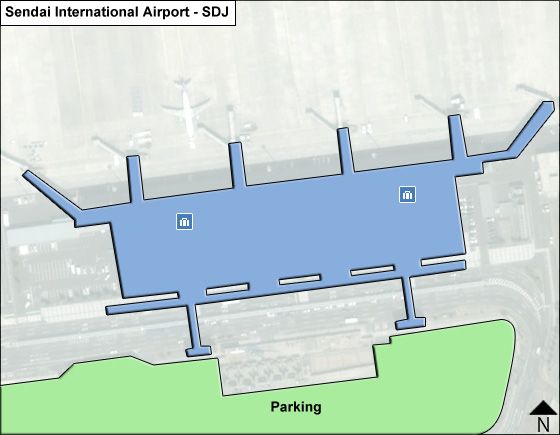