iFly.com
Stockholm-Skavsta Airport NYO is Stockholm's second largest airport (the other being Bromo), and the third largest in Sweden - and serving its capital city Stockholm and surrounding areas.
NYO Airport is located near Nyköping,  about 100 km south of Stockholm, or a 90-minute drive to downtown, and is directly accessible via the E-4 highway (take exit 133 and follow signs 'Skavsta' for 7 km).

With two runways and 2million passengers in 2016, Stockholm Skavsta Airport is a major hub for Ryanair, and is served by airlines offering scheduled flights to European cities, and by seasonal charters to popular vacation destinations.

The on-Airport ‘Connect Hotel Skavsta’ is just 75 meters from the passenger terminal and offers two fully-equipped conference rooms accommodating up to 140 attendants. (Tel: +46 (0)155 220 220. 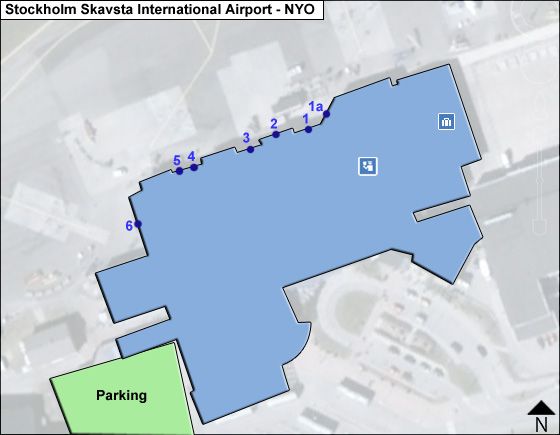