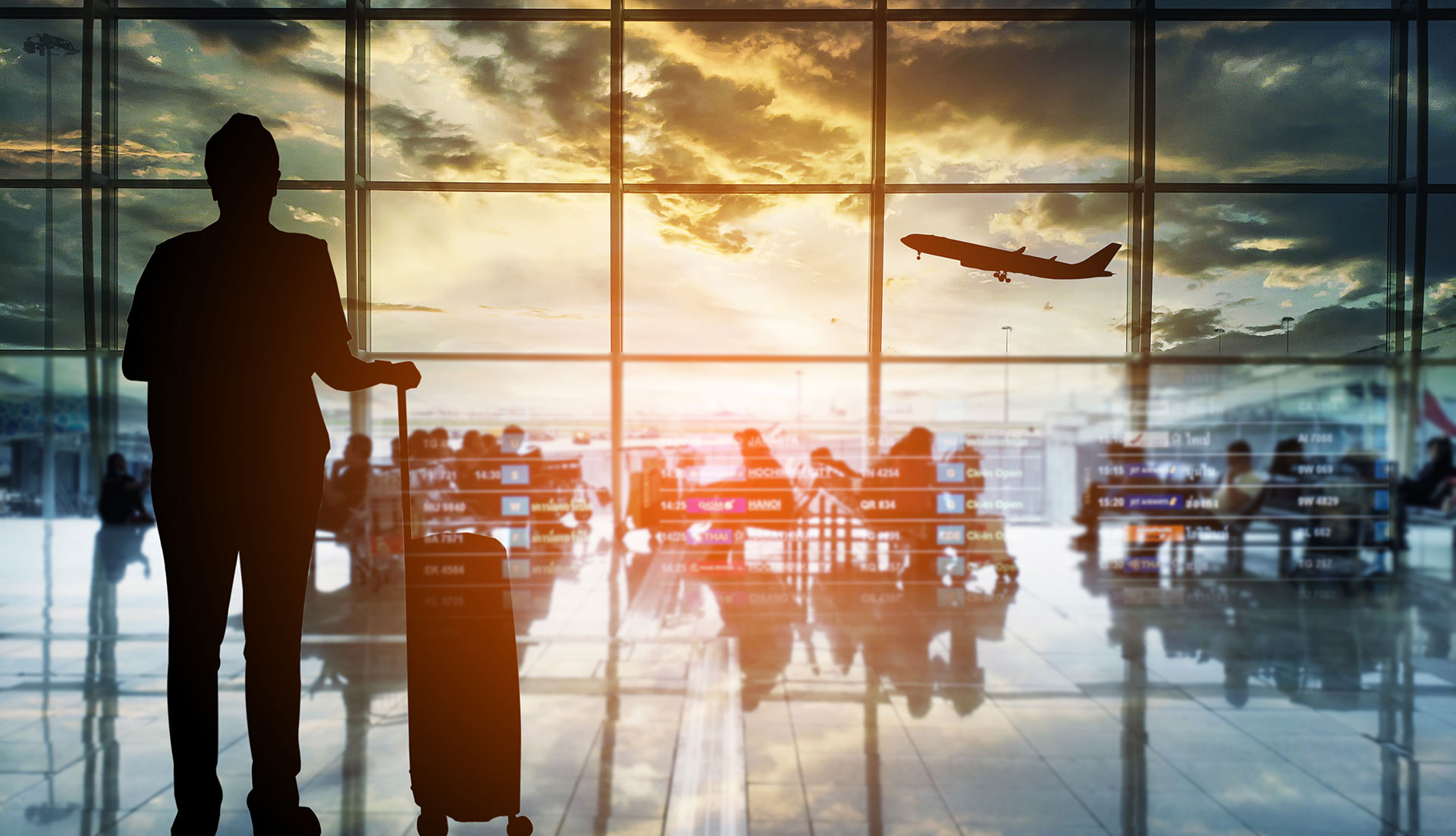 Terminology Used in Airports and In-Flight

Have you ever found yourself sitting in an uncomfortable chair in the airport, or buckling up in the airplane itself, only to realize that everyone is speaking in some sort of code and you didn’t get the memo?

Airport jargon can be extremely confusing, but if you learn a few of the basic meanings beforehand, then jet setting around airports like LaGuardia in New York, or PHL, or  even Salt Lake City airport shouldn’t be too much of a foreign experience.

Air travel terms can be broken up into two separate categories: on the ground, and in the air. Let’s start with lingo that you will hear while your feet are still on the ground.

The ATC is also known as the Air Traffic Control. They are in control of pretty much every aspect that goes into a plane’s flight.

If you hear the pilot announce that you are coming to an area of weather and that he has turned the fasten seatbelt sign on, this just means that there is a thunderstorm or heavy rain ahead. He will usually turn the plane to avoid it.

When you hear the pilot or crew talking about the approach, it means that the plane is beginning its descent for landing.

The space over the land or sea area occupied by a certain state or country. A country's airspace is considered part of that country's territory and therefore subject to its authority.

The baggage area is the area of the airport that handles baggage carried by passengers. These often have several large moving belts. Passengers wait at the belt for their baggage to move to them.

A broad, open area in the airport for the passage or assembly of people.

Businesses inside the airport terminal are known as concessions. These usually sell food, drinks or retail goods such as magazines, books, or souvenirs to passengers.

Before you’re allowed to enter the country, you have to go through customs where you will be met by a customs officer. The custom officer will check if you’re carrying anything illegal into the country like firearms (guns), drugs, etc. The officer will ask you if you “have anything to declare?” If you’re not carrying any forbidden item, you should answer “no.”

When seeing the term "direct flight" on your ticket, you probably think that will mean that your flight will take you directly to your destination without stopping, right? Wrong. Direct flight simply means that the flight number will not change, but in many cases your flight will indeed stop. You may even need to change planes completely.

Deplane is just a fancy way of saying, get off of the plane and don’t forget your belongings.

Removing ice, snow, or frost, usually from aircraft and airfield pavements during snowy weather. This ensures safety and efficiency of operations.

A room or a dedicated area at an airport or hotel with comfortable chairs, a coffee bar etc for those traveling first-class.

You have probably heard someone’s name being called over the intercom, requesting that if they are in the gatehouse that they go to a specific point for whatever reason. The gatehouse is just another way of saying the boarding area where you are waiting for your plane to arrive.

In air travel, a gate is the entrance to a movable passage much like a tunnel or a bridge leading to the aircraft. This allows passengers to board the plane, and later get off at their destination.

A ground stop is a procedure in which all aircraft are not permitted to take off or land at a particular airport. This usually takes place during severe storms, heavy air traffic, or sometimes, nearby terrorist attacks. This is a security measure put in effect to avoid accidents. In the event of a ground stop, outbound flights are delayed; incoming flights either circle around or are diverted to other cities. Passengers will be asked to wait in their aircraft (or at the airport) until circumstances improve.

This refers usually to the flight you are expecting to take, after it lands and deplanes all passengers.  You can also track incoming flights with a flight tracker to see if your inbound flight is delayed.  If it is, you can be sure your flight will be delayed, unless the airline provides a substitute aircraft.

If you hear them announcing that your flight is now "in range" that means that the plane is in the process of landing, but hasn’t touched ground yet. This announcement is to give you a heads up to get ready to board the plane, though how long it will take for the plane to actually land and be ready for passengers is never an exact science.

A jetway is a specially designed movable walkway, much like a bridge or a corridor leading into an aircraft. This allows passengers to board or disembark a plane.

An airport kiosk is an interactive, computerized device where people can get information or services. These are usually located throughout an airport terminal for easy access. A kiosk may be consulted about flight status, flight schedules or other inquiries. Some kiosks may be set up with a keyboard and mouse, while others may provide a user-friendly touch screen. Not all kiosks are computerized. Some are simply free-standing booths or tables manned by salespeople, where passengers can buy magazines, snacks or souvenirs.

A flight that travels a long distance in one go for example a long-haul flight would be flying from New York to Sydney.

This is the flight that you were looking for above. This flight will take you exactly where you want to go, without stopping or causing you to change planes and lose your comfortable position.

A people mover, moving walkway (British term) or moving sidewalk (American term) is an automated mechanism that carries people across a distance of several meters. It's often utilized in airports and looks like a flat, horizontal escalator. Moving walkways are often very helpful for passengers carrying lots of luggage.

Pushback is the procedure for pushing an aircraft backward and away from an airport gate, normally using vehicles called pushback tractors.

Typically, a ramp is an inclined plane that allows transit between two areas that have different levels. In an airport, this word refers to a staircase with wheels, which is used to load or unload an airplane. The word is also used in sea travel, referring to an inclined walkway installed between the vessel and the port.

The part of the airport where airplanes take off or land.

The scheduled time for take-off and arrival by an aircraft.

The surfacing material used for airport runways, usually consisting of compressed stone or iron slag coated with tar. The term is short for "tarmacadam".

"Tarmacadam" is an improvement on a road-making method called macadamisation, developed by in Scottish road engineer John Loudon McAdam in the 1800s. Macadamisation basically involves layers of stone coated with a binder or cement; Tarmacadam uses a specialized tar for a flatter surface.

A room or designated area at an international travel airport where passengers wait for their flight to another country.

When an airplane leaves the ground, the act is termed as take-off.

The main building of an airport that is used by passengers and cargo.

In an airport, the word "tower" usually refers to the Air Traffic Control Tower (ATCT). This is a ground-based center that provides direction for aircraft, whether on the runway or in the air. From the towers, Air traffic controllers give instructions to pilots in the aircraft; these directions are for facilitating the flow of traffic, assisting pilots with relevant information, and for preventing accidents.

iFly guides travelers to, through, and between airports