76 °F / 24 °C 8:05 PM
iFly.com
Luxembourg Findel Airport LUX  - also referred to as "lux-Airport" - serves the small country of Luxembourg, which is surrounded by Belgium, France and Germany, all of which can be reached within 10 to 20 minutes.

lux-Airport is located 3.5 miles north-east of the capital city of Luxembourg-Ville, in the southern part Luxembourg, and is accessible via  A1 motorway, Exit 9, and via A6/A7 motorway, Exit 7.   For traffic information open: cita.lu

With a 4,000 meter runway and 3 million passengers in 2016, Luxembourg Findel Airport is hub for Luxair, and is served by a number of major Airlines offering direct and connecting flights to all points of the globe. 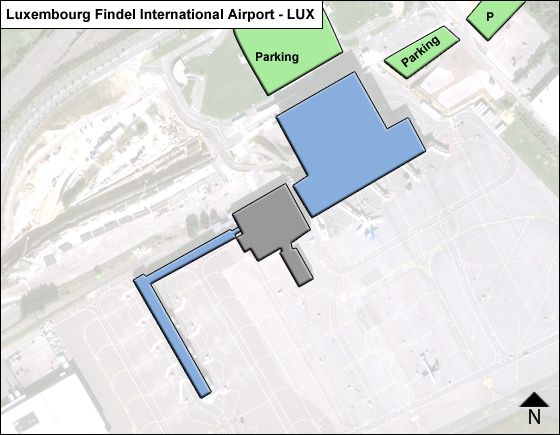