iFly.com
Rome Ciampino Airport CIA is Rome's answer to low-cost airlines, which mainly serve this airport. It is one of Italy’s fastest-growing airports  and is managed by the ADR Group (which also manages Fiumicino).

Ciampino Airport is located 12 km southeast of central Rome, outside Rome's Greater Ring Road GRA (‘Grande Raccordo Anulare’) and close to Frattocchie, Marino, & Santa Maria delle Mole. It is directly accessible via the SS7 (Via Appia Nuova), which connects shortly thereafter to the north with both A90 and E80 motorways.

With one runway and 5.4 million passengers in 2016, Ciampino Airport is mainly served by low-cost Airlines and charters, offering direct flights throughout Europe with connections to all points of the globe.

Ciampino Aiport has one passenger terminal.  For Terminal details at this site open ‘Terminal Map’ and scroll down to the text;  for ground transportation open: ‘Ground Transportation /Buses & Trains. 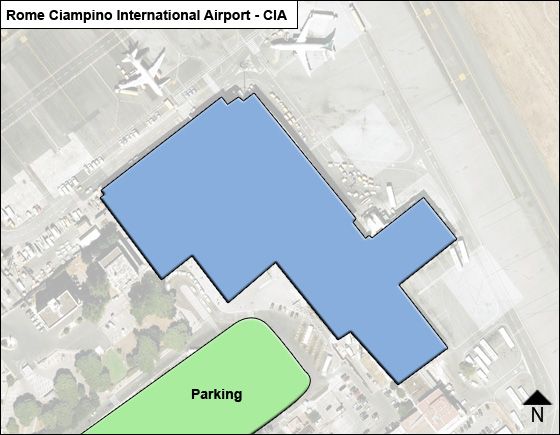