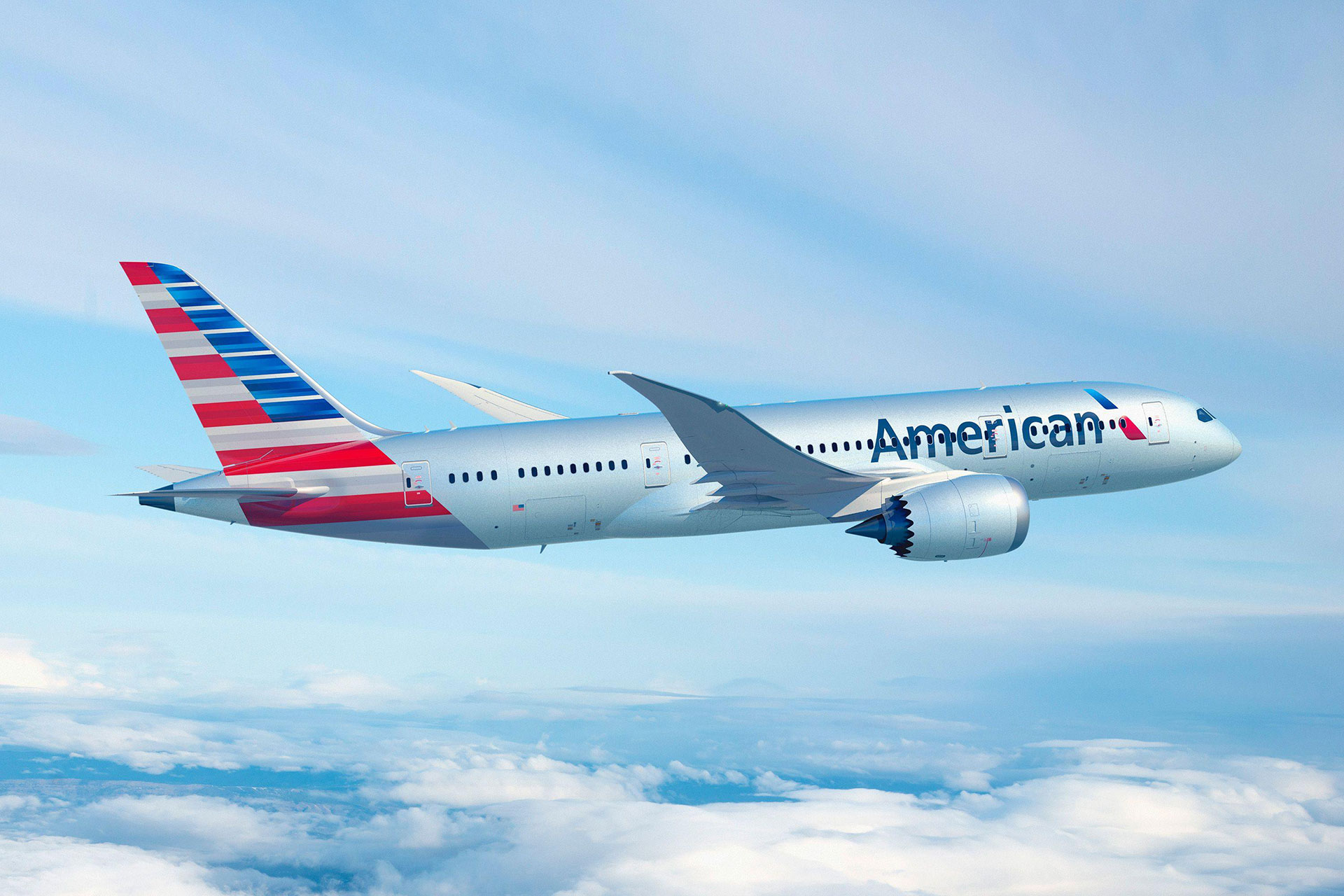 American Airlines (AA) is the largest airline in the world in terms of passengers carried and fleet size. On average, 500,000 passengers travel to different corners of the world on over 6,800 flights on a daily basis, which presents a challenge to track all those flights in real-time.

How American's flight status works behind the scenes:

Let’s take a look to see how flight operators are able to track and status flights. American Airlines' airplanes (and most commercial aircraft worldwide) are equipped with GPS trackers and advanced tracking technology that allows the headquarters in Fort Worth, Texas, to track the exact locations and flight status of all their flights. These American Airlines flight status trackers help the airline internally and help the passengers keep track of the flights, their time of departure and arrival, flight status, and so much more.

Flight-tracking & statusing technology has helped individuals around the globe stay up to date with their flights or those of friends and loved ones. Systems such as those at American Airlines can status flights in real-time and provide information regarding flight arrival and departure and aircraft position, altitude, and airspeed.

As a passenger, you can also keep track of the delays and cancellations. We all know that since we can't fully control all the factors up in the air, and therefore due to unknown circumstances, delays and cancellations are quite possible. In order to eliminate the element of surprise, you can simply check the American Airlines flight status and keep an eye on the live updates for your flight.

As mentioned earlier, American Airlines is the largest airline in the world, and operates extensively both domestically and internationally. With over 95 international and domestic destinations in 55 different countries spread over five different continents – the airlines are equipped to practically take you almost everywhere that you wish to go.

On a daily basis, based on the previous data recorded, the airbuses carry 500,000 passengers in 6 800 flights to 350 destinations all around the globe. Conveniently, you can track the flight status of American flights in real-time using just the flight number, which is universally used to identify the aircraft, and its associated flight data. The reason that the airline operates such extensively is that it operates via ten different hubs in the country.

On April 15, 1926, Charles Lindbergh flew the first American Airlines flight from St. Louis, Missouri, to Chicago, Illinois. But initially, the airlines were known for carrying US mail in-house, and the services continued for eight years until C.R. Smith (co-founder of American) worked with Donald Douglas in the creation of DC-3, which not only changed the airlines itself but the entire airline industry.

It wasn't until June 25, 1936, when the first commercial flight of American Airlines flew from New York to Chicago. Over the years, eight different airlines have merged with American Airlines, but the one that stands out the most is the Us Airways, after which the airlines were declared as the largest airline in the United States, and ultimately the world with over 350 American Airline flight destinations.

Within 24 hrs of scheduled departure flight; then simply drop off bags at “Baggage Drop” or curbside check-in station within 6 hrs of departure. Higher fees apply for Airport check-in.

Your carry-on bag must fit easily in the Carry-on Baggage Check near check-in counters &amp; at the gate. Approximate dimensions: 22x14x9 in. or 56x36x23 cm or a linear dimension of 114cm/45in. Oversized bags which do not fit into the overhead bins of the airplane will incur a fee. You can also carry on board one of these items: (a) a purse, briefcase, camera bag or diaper bag; OR (b) one laptop computer (must be carried on); OR (c) one item of similar or smaller size of (a) or (b). You are also allowed to bring onboard: a jacket (or an umbrella - check first); food &amp; drink purchased past security checkpoint; duty-free items; strollers, child restraint seats, or assistive devices (wheelchairs or crutches). All carry-on items must fit into the overhead bin or under the seat in front of you.

American Airlines operates via different hubs in the US in order to cover extensive city pairs and hundreds of destinations. Some of them have been the hub for the airlines for decades now, whereas a few have been added after they merged with the US Airways.

Out of all, the Dallas/Fort Worth (DFW) hub has been the largest hub overall. At present, the airline has ten different hubs, which are mostly populated with thousands of national and international flights on a daily basis. Here are the locations of the major American Airline hubs

Due to certain circumstances such as weather, mechanical issues, and crew availability air flights can be canceled without any prior notification. So, before you run to the airport to catch your flight or to pick up your loved ones, make sure to check whether your flight has been canceled or not. Luckily, you can do it using the flight status system and find out the American Airlines flight cancellation status before getting on the road.

You can either ask customer service representatives at the airports or simply check online using the flight tracker for American Airlines to find the flight status and arrival time for your flight using just the flight number, or alternatively the departure and arrival airport.