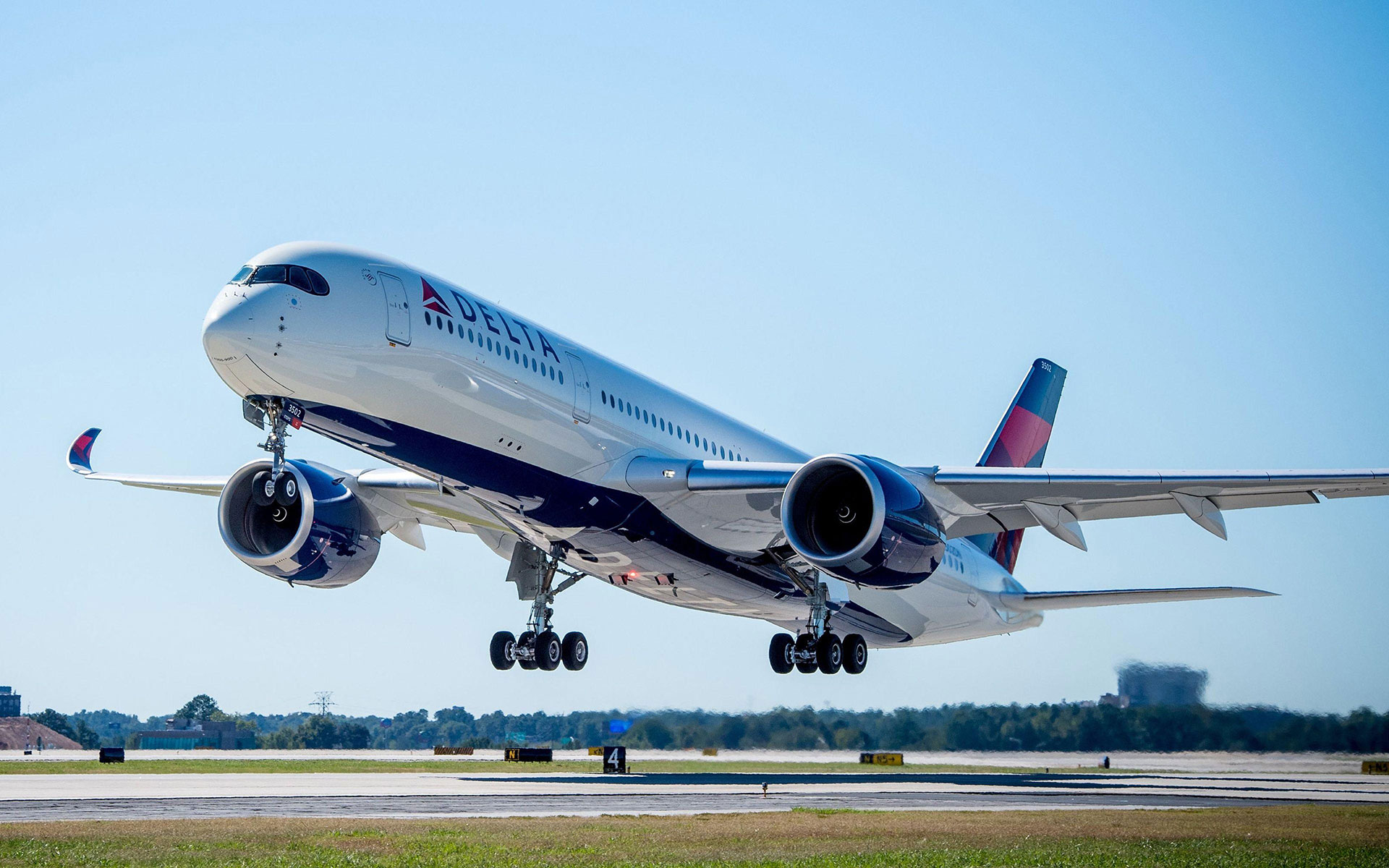 Delta Airlines is one of the largest worldwide airlines in operation. Being a legacy carrier, Delta, along with its subsidiaries, operates worldwide to hundreds of destinations all across the six continents.  As a founding member of the Skyteam alliance, Delta's reach is truly global.

How does the Delta Flight Status system work?

The accurate and reliable flight status system ensures real-time flight status updates of Delta's aircraft using GPS and other advanced technologies, allowing airline operations staff, airport personnel, and passengers to view and track the location, status, and on-time performance of flights in real-time to stay up to date with the latest information.

Delta aircraft are embedded with enhanced ADS-B technology which makes GPS positioning possible via transmitters, receivers and positioning satellites in real-time, and form the basis for how online flight trackers receive current flight data. Furthermore, the information is added to in-airport displays and online flight status systems which allows passengers to track the flight status of Delta flights, see departure time updates, cancellations, etc, and know the location of the aircraft.

Track your plane's location and status when leaving for the airport, check the time of arrival when waiting to pick your loved one from the airport, keep an eye on the flights in transit, and enjoy a wide range of other perks of the Delta flight tracker.

Being the second-largest airline in the world in terms of fleet size and the number of passengers carried, Delta, along with its subsidiaries and regional affiliates, is known to operate 5,400 flights on a daily basis, all across the six continents. According to our research, the airline has nine different hubs located in the US and its territories.

Furthermore, over the years, the company has expanded its wings and has hundreds of routes, flying to 325 destinations in 52 countries and six continents. It is also the only airlines in America that regularly flies to Africa, namely, Johannesburg.

With its slogan, ‘Keep Climbing,’ we are looking forward to additional routes that the airline will be adding to its collection, making it easier for passengers to travel all across the globe with a reliable traveling partner.

The long history of service of Delta Air Lines begins back in 1924 when the company was founded by the name Huff Daland Dusters and became the world’s first and largest aerial crop dusting fleet. Later on, in 1929, the airlines operated its first passenger flight from Dallas to Mississippi, creating history in the aviation industry.

Later, the company expanded its services and began operating internationally, and officially took the corporate name Delta Air Lines. Inc. Later, in the late 1990s, it became the founding member of the largest airline alliance called the SkyTeam Airline Alliance.

Furthermore, over the years, the company has merged with various other airlines, including Northwest and Western Air Lines, due to which it ranks as the world’s second-largest airline in terms of fleet size, number of carried passengers, and revenue.  Delta has come a long way from crop dusting to passenger service in the past century and ranks 69th on the Fortune 500.

Within 24 hours of scheduled departure flight; then simply drop off bags at “Baggage Drop” or curbside check-in station within 6 hrs of departure. Higher fees may apply for Airport check-in.

Your carry-on bag must fit easily in the Carry-on Baggage Check near check-in counters & at the gate. Approximate dimensions: 22x14x9 in. or 56x36x23 cm or a linear dimension of 114cm/45in. Oversized bags which do not fit into the overhead bins of the airplane will incur a fee. You can also carry on board one of these items: (a) a purse, briefcase, camera bag or diaper bag; OR (b) one laptop computer (must be carried on); OR (c) one item of similar or smaller size of (a) or (b). You are also allowed to bring onboard: a jacket (or an umbrella - check first); food & drink purchased past security checkpoint; duty-free items; strollers, child restraint seats, or assistive devices (wheelchairs or crutches). All carry-on items must fit into the overhead bin or under the seat in front of you.

Out of all, Atlanta is the largest hub for Delta in terms of total passengers and flights departed on a daily basis. Additional hubs were added after the merger with Northwest and Western airlines.

By using the Delta flight tracker, you can check the status of any Delta flight online. Punch in your flight number, route, and date, and follow the location, departure/arrival status, and timing of your flight to avoid unnecessary waiting and hassle at the airport in case of delay or cancelation.

The online tracking system for Delta Airlines runs on the data captured by the satellites in real-time. Using the flight status lookup passengers can track the location and status of a flight anytime, anywhere using their flight number, arrival and departure airport, and departure date.

Simply use the flight tracker and find out whether your plane is in-route, delayed, or parked at the airport waiting for you to board.