Main entrances via Door 3 lead up to the lower level of the South Terminal at the OMA Airport. At the lower level of the Central Terminal, there is a Ground Transportation Centre. Wells Fargo Bank and ATM can be found next to it. Vehicle rental options are provided via Thrifty, Dollar, Hertz, Alamo, National, Avis, Budget, Enterprise, and Payless.

Outside, there is a Metro Bus stand, Taxi, and ParkOMA Economy Parking Shuttle.

Main entrances via Door 4 and Door 5 lead up to the lower level of the South Terminal. At the lower level of the South terminal, there are airline ticket counters for Southwest and United airlines. Other services and amenities on this level include one baggage claim carousel, baggage claim offices, and a family restroom. First Aid Room and Lost & Found are located nearby. There is also a Service Animal Relief Area towards the outside of the South Terminal.

The lower level provides access to the Terminal Gates B11-20. These gates are served by United at Gates B11-14, Southwest at Gates 16-18, and Allegiant at Gates B19. There is a Wells Fargo Bank and ATM as well as an Eppley Conference Room at this level. Inside the Gates area, there is a shoeshine service, Mother’s Room, and Security Checkpoint.

The hours and wait times estimates for each security checkpoint can be found on the Omaha Eppley Airfield Airport Security Wait Times Page. 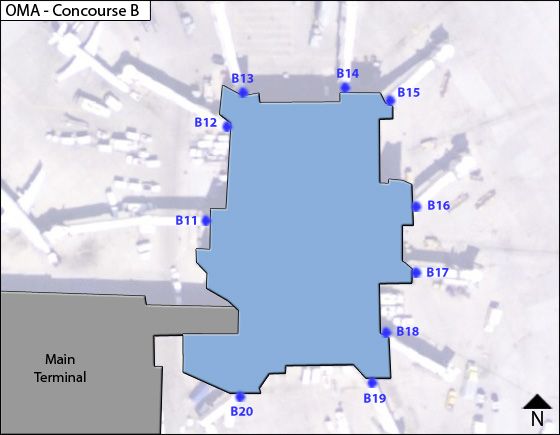 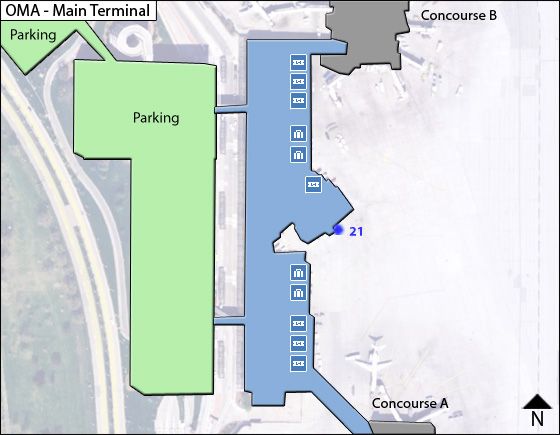 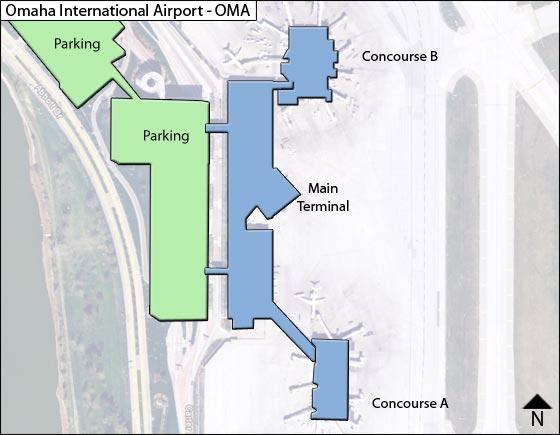 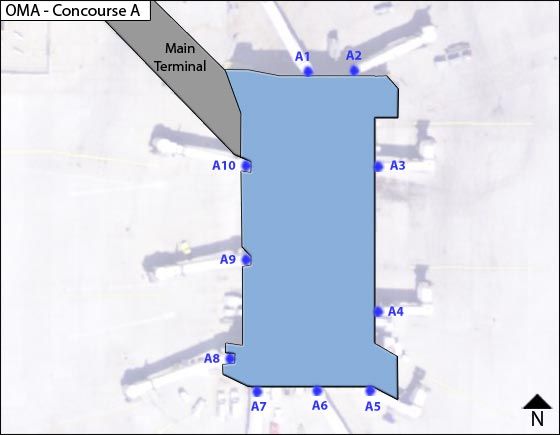