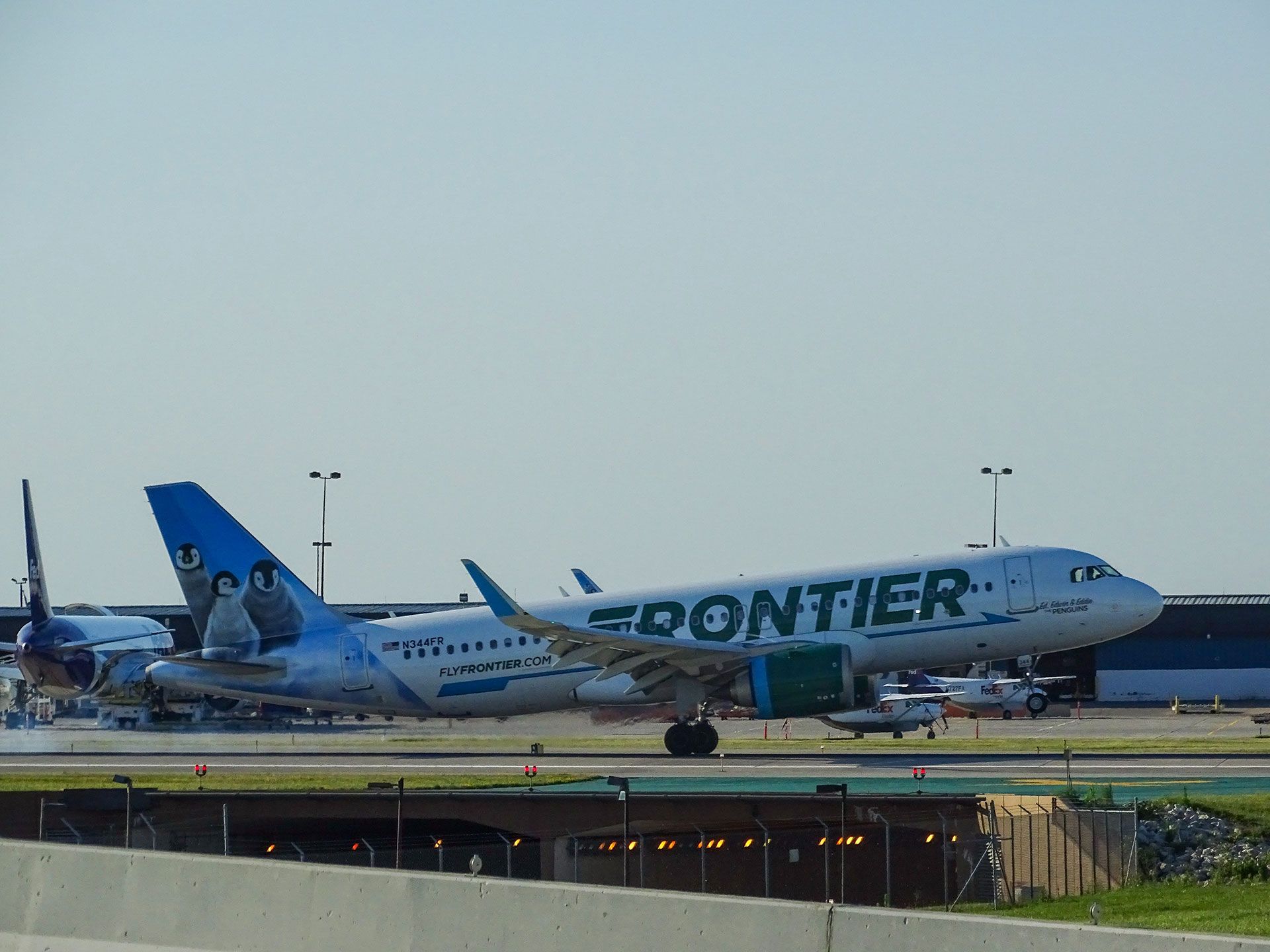 With its headquarters in Denver, Colorado, Frontier Airlines is the eighth-largest commercial airline in the United States with the simple tagline 'Low Fares Done Right.' The driving philosophy behind the company is to treat passengers with the utmost hospitality. Unlike other airlines, each passenger is offered the 'Done Right' promise, which in actuality allows them to customize their flight according to their specific needs and budget. With the simple motto to make travel accessible to all, the airline has set in place low fares which allows everyone to travel freely without having to worry about the cost.

Whether your plane is in-transit, delayed, canceled, or at the gate waiting for you to board, its status will be updated to the flight tracker for you to check before you leave for the airport.

So instead of calling Frontier Airlines customer service for the flight status, you can use the online flight tracker for Frontier to check the location, status, and the desired information regarding every flight. Get accurate, up-to-date, direct from the source information through the flight tracker and never be late or too early for a flight, because both waiting and running at the airport isn't much fun.

New destinations were recently added when Frontier announced 21 new cities and 84 new routes in the country. Operating non-stop routes, serving a total of 82 cities in the country, Frontier provides 90% of the US population with access to Frontier flights only at an hour's drive, making it highly accessible for all throughout the year.

Frontier Airlines, an ultra low cost carrier based in Denver, has a complicated history with two incarnations. Originally, the airline was formed in June 1950 by the merger of Arizona Airways, Challenger Airlines, and Monarch Airlines. It became quite popular among the passengers in the year 1967 when it purchased Central Airlines of Texas.

But all things come to an end, which is why in the 1980s, when the airline began to face intense competition from the other carriers in the industry, it was sold at a low-price to People Express in 1985 who later sold it to Continental in 1986 and that is how the first life of Frontier came to an end.

Later on, in 1994, when Continental Airlines secured the Denver hub, and the former executives of the original Frontier airline began developing a business plan, it gave rise to a new airline called Frontier, which started with only two planes in operation.

The airline grew faster than expected and began to add destinations in the US and Mexico, making it popular among the passengers once again. But due to the price hike experienced in the fuel industry back in 2007 and 2008, the carrier went through great financial loss and filed for bankruptcy.

Republic Airlines bid to purchase the airline, and it became a subsidiary of Republic in 2009. But that only worked for a few years until in 2013 when Republic Airways Holdings signed an agreement with Indigo Partners to sell Frontier Airlines for around $145 million. Since then, Frontier has been a subsidiary of Indigo Partners and operates as an ultra-low-cost carrier in the country.

Q: Where are the Frontier Airlines hubs?

A: Frontier maintains a hub at Denver International Airport with numerous focus cities across the US. At present, the airline only has a single hub, but we are hoping to see a change in that in the future with more airbuses being added to the fleet, and a route expansion.

Q: How do I see the status of Frontier flights?

A: The online tracking system set in place for tracking Frontier Airlines flights runs on real-time GPS satellites' data. It allows the you to track the location and status of a flight anytime, anywhere using your flight number, arrival and departure airport, and departure date.

A: By using the Frontier flight cancelation tracker, you can check the status of your flight online. Search using your flight number, date of departure, or the route to track the location, status, and timing of every Frontier flight to avoid unnecessary waiting and hassle at the airport in case of cancelation.

Frontier Airlines is an ultra low cost airline based in the United States. Within 24 hrs of scheduled departure flight; then simply drop off bags at “Baggage Drop” or curbside check-in station within 6 hrs of departure. Higher fees apply for Airport check-in.

You may carry onboard the following: (a) on one bag up to 9x14x22 inches or 23x35x56 cm, or 45 linear inches, 114 cm, (b) one personal item (briefcase, garment bag, laptop computer, purse or small backpack), (c) camera, umbrella, diaper bag, assistive devices, outer garments, reading material & on-board food. All items must fit either into the overhead bin or under your seat. If baggage cannot be safely stowed it will be moved to to the aircraft's baggage hull, considered as checked baggage, and charged accordingly.

On codeshare flights, except those of Great Lakes Airlines, the policies of the Airline apply on which the passenger's flights originates. All overweight/oversized charges are per piece.

With the advanced GPS technology and ADS-B receivers and satellites stationed worldwide, you can check the arrival or departure status of your Frontier flight in real-time. Go to the online flight tracker and put in your flight number to track whether your plane has arrived, is delayed, or waiting for you to board.