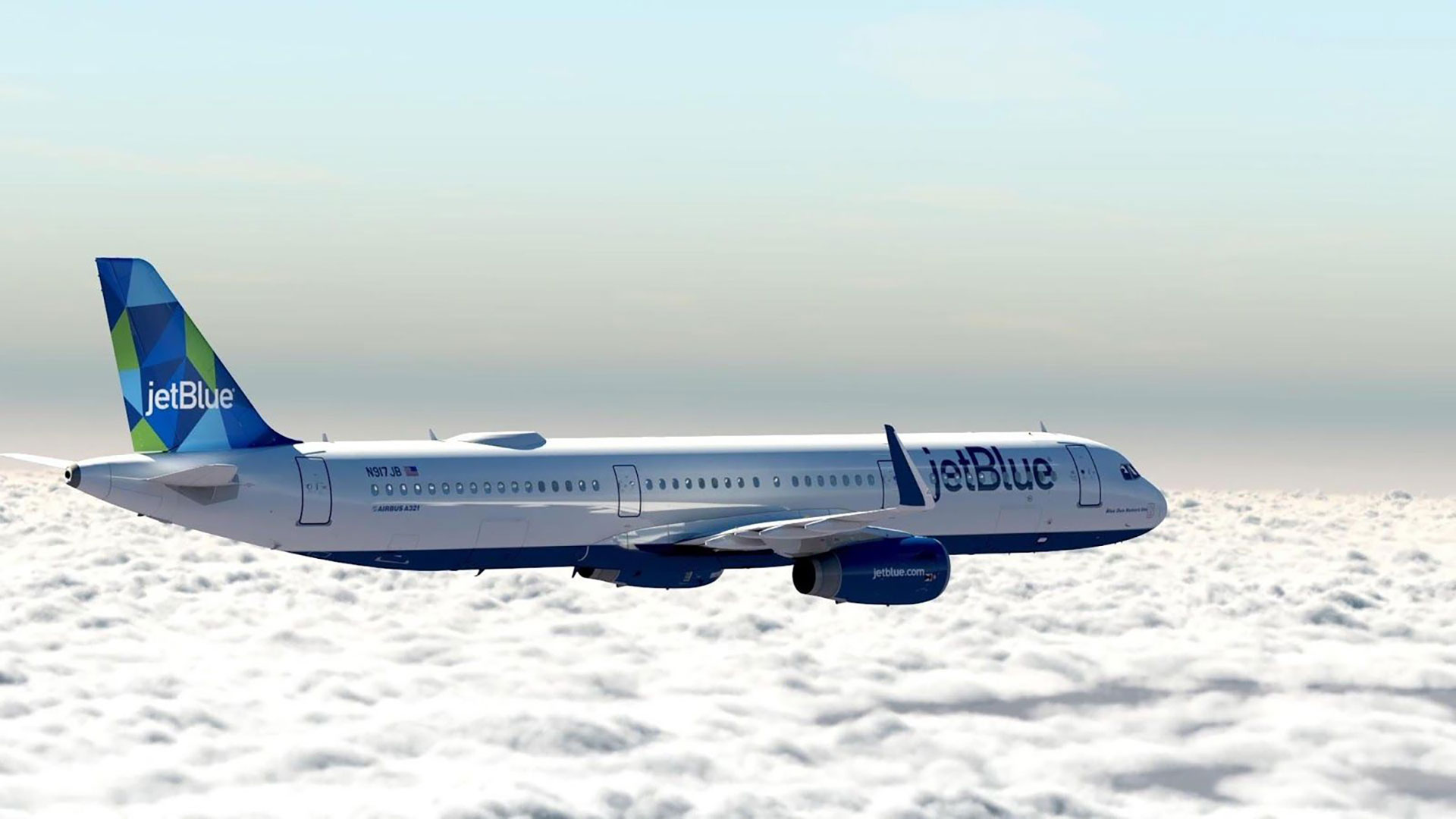 JetBlue Airways, with its headquarters in Long Island City, New York,  is the seventh-largest airline in North America in terms of number of passengers carried every year. Other than Long Island, the airline also has offices in Utah and Florida to assist passengers and have full management control over operations around the country and internationally.

With running over 1000 domestic flights and 100 international flights to nearby countries, the Jet Blue has maintained its reputation among the passengers for years. The online flight status tool specifically designed for tracking the real-time location of flights allows passengers to stay up-to-date with the latest information at all times.

With the enhanced positioning technology equipped in the fleet of JetBlue's Airbuses, coupled with the ground-based reception devices, passengers can status JetBlue flights in real-time and get information regarding the flight status, location, departure and time of arrival which allows them to enjoy a better traveling experience.

Irrespective of the destination, timing, and route – you can track any Jet Blue flight using the online flight tracker. All you need is the flight number, and the date of departure and the system will present you with all the data relating to the flight. In case you don’t have the flight number, you can use the route (departure and arrival airport) to search for the flight and stay up-to-date with its location and status.

This means no more waiting at the airport for delayed or cancelled flights. No more missing flights due to changes in schedules because with the flight status tool, you can get the information required at all times.  So whether you are boarding on a plane or waiting to pick your loved ones from the airport, use the JetBlue flight tracker to know the status the location, status, and routes of flights in real-time to stay up-to-date with the latest information.

Being the seventh-largest airline in North America in terms of passenger carried. As of 2022, JetBlue has an extensive route network almost 100 destinations in the US and the Caribbean. In addition, the airline also operates a smaller selection of flights to the South and Central America from time to time. It is also one of the airlines which was granted a license to fly to Cuba on a weekly basis.

Furthermore, the airline has signed a number of partnership agreements with other airlines, including South African Airways, Virgin Atlantic and Jet Airways. Also, it has entered into codeshare agreements with 21 different airlines belonging to the major airline alliances to expand its horizon.

The long history of service of JetBlue can be traced back to 1999 when a former employee of Southwest airlines founded it with the name ‘NewAir’. The first Airbus A320 was added to the fleet in Dec 1999, and since then the airline has been growing making a name for itself in the aviation industry as a low-cost carrier offering affordable travel opportunities to passengers all around the country.

The concept behind the formation was similar to Southwest airlines. But in order to distinguish their services from the other low-cost carriers trying to make it in the 1990s, the airline added additional amenities such as in-flight entertainment, radio and TV with every seat to lure passengers into choosing their service.

Over the years the airline had faced a number of ups and downs and lately in 2021 was ranked #399 financially on the Fortune 500 list of the largest United States corporations in terms of revenue. It isn’t yet a part of any of the airline alliances but has codeshare agreements with 21 airlines including the ones that are a part of the three airline alliances. With the additional routes added in the mid of 2020, we are hoping to see the airline expand its horizon internationally in the future.

Check-in Online: Within 24 hrs of scheduled departure flight; then simply drop off bags at “Baggage Drop” or curbside check-in station within 6 hrs of departure. Higher fees apply for Airport check-in. Check-in closes 45 min. prior to flights within U.S., Puerto Rico & U.S. Virgin Islands, and 1 hr prior to international flights.

You may carry on board: (a) on one bag up to 26in/66cm x18in/46cm x 12in/30.48cm for Airbus A320; up to 24in/61cm x 16in/41cm x 10in/25.5cm on Airbus A320; (b) one personal item (briefcase, garment bag, laptop computer, purse or small backpack) and (c) camera, umbrella, diaper bag, assistive devices, outer garments, reading material & on-board food. All items must fit either into the overhead bin or under your seat. If baggage cannot be safely stowed it will be moved to to the aircraft's baggage hull, considered as checked baggage, and fees may apply.

All baggage must be checked at the departure airport no later than 30 minutes prior to departure on domestic flights, one hour on international flights. For international travel, check in at the ticket counter. Baggage not accepted more than 4 hrs prior to scheduled departure. For Codeshare or inter-airline flights, as well as for baggage policies, please check with Jetblue directly.

JetBlue operates via six hubs in the United States and its territories with its regional subsidiaries. The airline is planning on launching more hubs around the country in the coming years to expand their horizons. But at present these are the hubs via which the airline operates its extensive network from:

New York JFK International is the largest hub for in terms of total passengers and flights departed on a daily basis.

Using your flight number, route information and departure date, you can track any JetBlue Airline flight online. The highly advanced and accurate flight tracking system  that runs data transmitted in real-time from GPS satellites around the globe allows you to track flights within seconds.

You can use the JetBlue flight cancellation tracker to check whether your flight has been cancelled, is delayed or on time. It will help avoid a ton of hassle at the airport, because not only does the Jet Blue flight tracker provide information regarding the flight’s location but also provides real-time flight status.

To check the flight status of any JetBlue flight, enter in your flight number in our flight tracker to see whether your plane has arrived, is delayed, or is boarding.