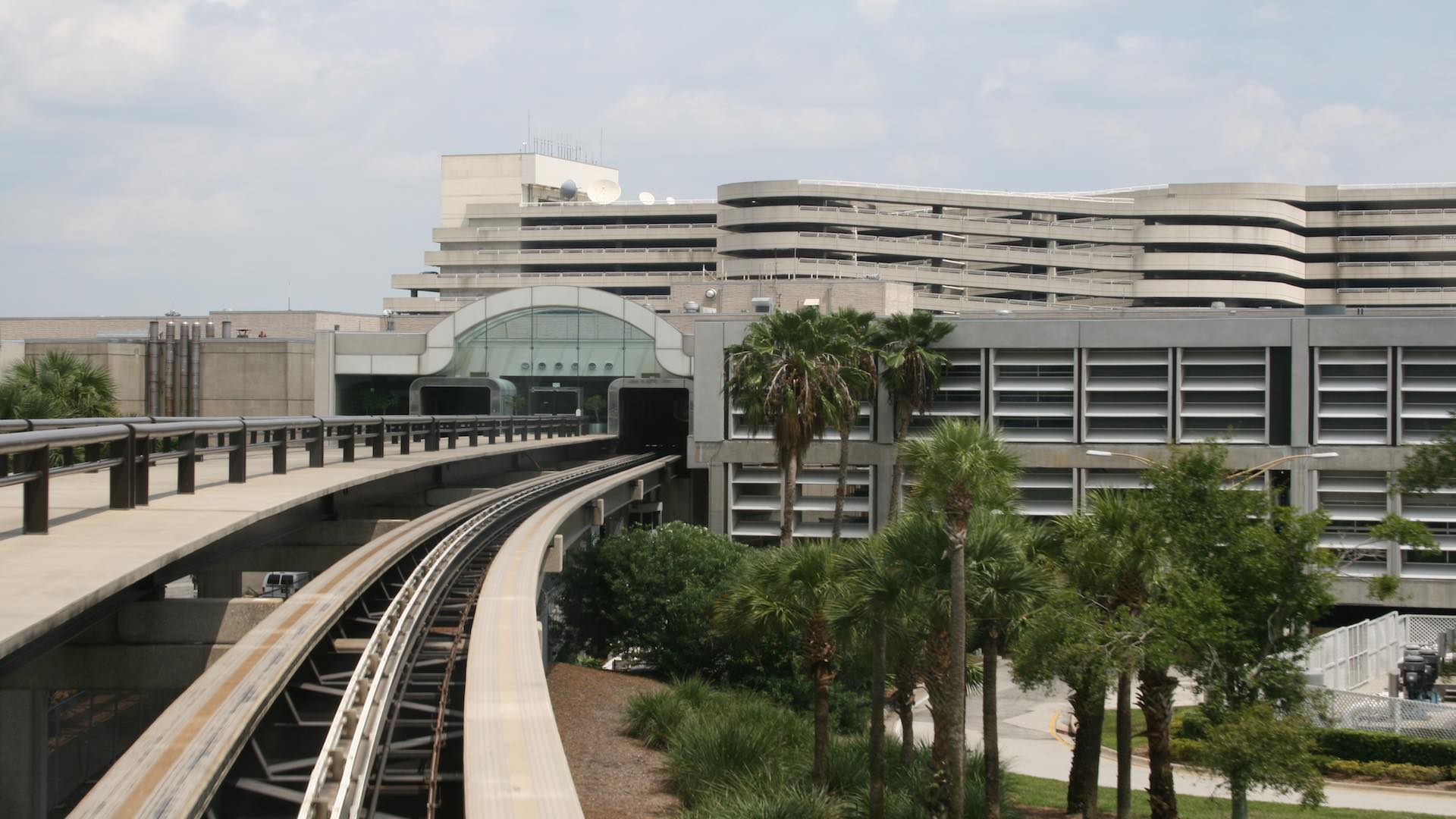 Orlando International Airport is one of the busiest airports in the nation. This public airport is centrally located 6 miles (10 km) Southeast of Downtown Orlando, Florida.

With its proximity to the gorgeous beaches, MCO airport is the top choice for both international and domestic travelers. It is a big international gateway for the Mid-Florida area with about 850 flights per day on 44 airlines. 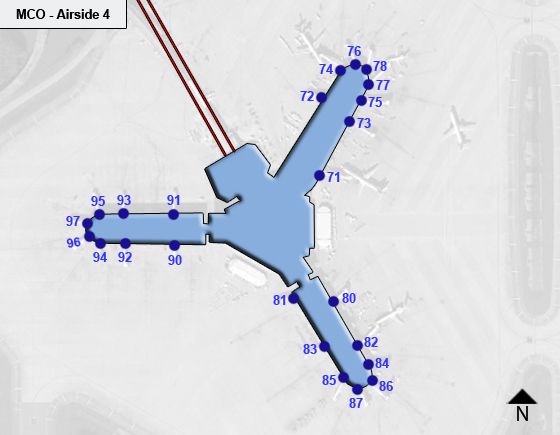 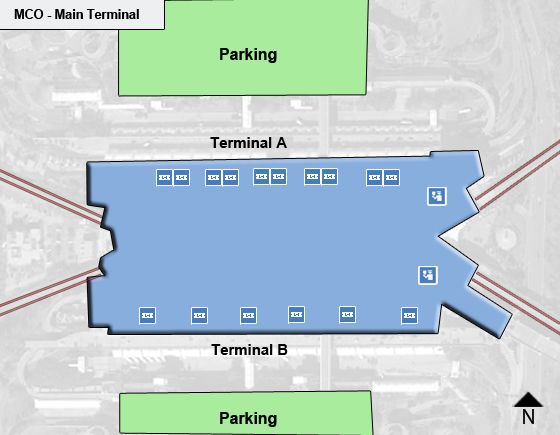 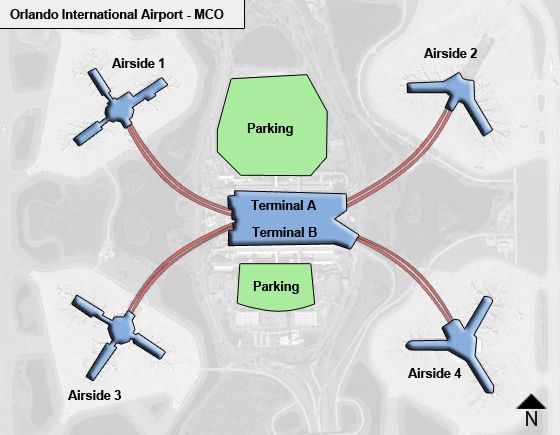 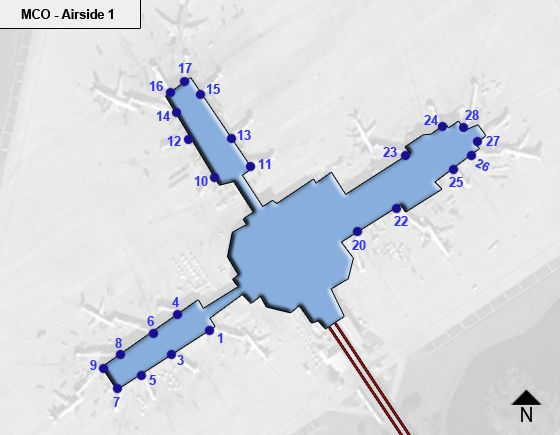 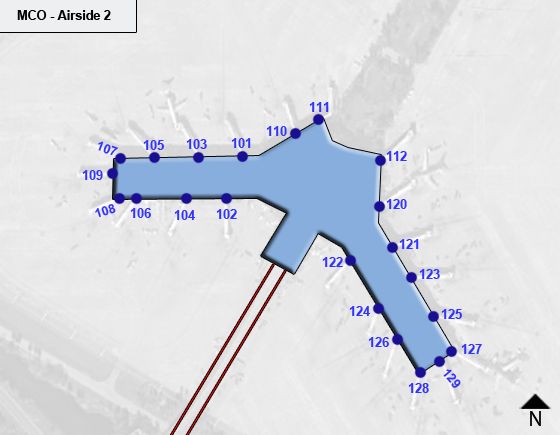 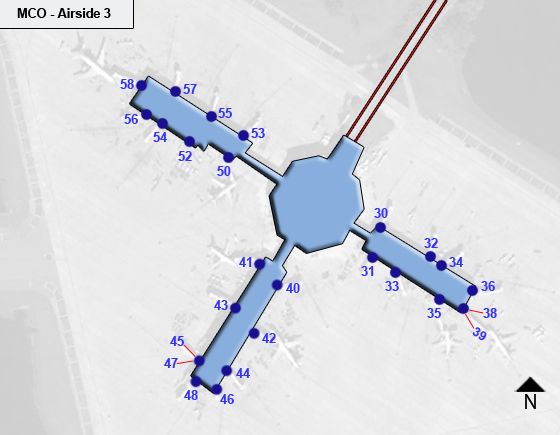 Due to federal rules, meeting travelers at the gate is not allowed in Orlando Airport. Picking at the Level 2 outside A and B side of the terminal is permitted.

Private vehicles may drop passengers at the curbside check-in on Level 3 on either A and B side of the terminal.

Here are the best places to meet your dear one:

Although dropping off, passengers are allowed curbside outside the terminal; vehicles may not be allowed to perk or wait for a long time. They must park in free cell phone lots. It allows a minimum of 20 minutes time after aircraft arrival.

Between both terminals, there are two security checkpoints to reach airside: West Hall and East Atrium. To see the terminal locations and extra information, refer to the MCO Airport terminal map.

You can get around the primary terminal and airside satellite by AGT elevated train shuttle. The approximate time between terminal A, B and north terminal complex is 68 seconds.

Every terminal has three levels:

View the full list of airlines served at MCO Airport.

Short-term and long-term parking: Parking at Orlando Airport is hassle-free. The outer lots (Red and Blue) offer a shuttle to the terminals. It is the most cost-effective on-site parking option at $10 per day.

If you are picking someone up, it’s best to park at South or North Cell phone Lot. The North lot is free, but the South lot has a 2 hour grace time before charging.

Long-term travelers need to leave their vehicle for a long time should look into dropping off at North or South Park Place Lots.

Off-site Parking: There is also plenty of off-site parking near MCO airport that charges less than $10 per day.

Orlando Airport Car Rental: From taxi services to bus to limousines, getting to the MCO airport is easier. There are tons of on-site car rental agencies conveniently located on the A and B side of the terminal at ground transportation level.

Few names include Hertz, Enterprise, Avis, etc. It can also be accessed without shuttles for pick up and drop off. Make sure you ask your hotel if they offer free transportation to and from the OIA airport.

MCO Airport Shuttle: There are also tons of airport shuttle services at OIA. Departing passengers can follow the signs to the shuttle loading areas.

If you have a large party and no requirement for car rental, you can choose this option.

Out-of-town shuttles can also be found on the Ground Transportation Level of Terminal A and B. Many hotels in the region also offer courtesy airport shuttle service.

Buses and Trains: For those heading to and from outside of Orlando and its nearby suburbs, long-distance trains and buses are available.

For an affordable ride, few passengers also use Uber or Lyft to and from Orlando Airport.

Orlando International Airport got the MCO code from its former McCoy Air Force Base that operated there.
Distance between Orlando International Airport and Port Canaveral is 43 miles. You can choose a car, bus, shuttle, or taxi to get from the airport to Canaveral.
MCO Airport features plenty of comfy seating areas for getting quality Zzz’s. There is also a Hyatt hotel set inside the airport ideal for those people that want more amenities and privacy. We also recommend these awesome MCO layover ideas.
Orlando Airport zip code is 32827.
MCO offers non-stop service to numerous locations in the USCheck out our direct flights page to see where you can go!.
Yes. The smoking areas are only permitted in designated smoking sections located in two outdoor locations: North and south end. The indoors are totally smoke-free.

Have a question about Orlando airport?

How do I get from Terminal A to Terminal B (walking)?

Walk towards walkway between Gates 1 and 20, at end of walkway exit past security, walk through Main Terminal, go through other security checkpoint on other side of Main Terminal and take walkway on left towards Airside 2. Approx. 24 minutes.

Is Frontier Airlines gate in Airside 3?

Frontier Airlines is located in Airside A, Gates 1-29.

Yes, this is possible. You just make the pickup, then follow signs to exit the airport, then return to the airport (it has a loop) and follow signs to the other terminal. You will need to allow 5-10 minutes depending on traffic conditions.

is there a duty free at the airport? If so where is it?

Where is Goport bus terminal at Orlando Airport?

Go Port is located inside of Terminal A - Level 1, near to the car rentals area.  Go Port staff are on site to help you check in for the trip to Port Canaveral. Have a good trip!

If you're in Terminal B, Level 1 in our airport, just take the elevator up to Level 3 and walk across to the opposite side of where you are. Terminal A and B are across from each other however, they only connect in Level 3. Once you're in Terminal A, you can take the elevator down to ground transportation-A side (Level 1). This can take you approximately 5 minutes or so less. If you need any further assistance, just ask any our our airport staffs, they can direct you. Hope this helps.

What terminal does Spirit Air use at Orlando Airport?