The Airport is located 6 km northwest of the city center of Bologna (200 km south-east of Milan) and is accessible via the following motorways (a) A1 from Milano, Exit Bologna Borgo Panigale; (b) A13 from Padova, Exit Bologna Arcoveggio; (c) A14 from Ancona, Exit Bologna San Lazzaro (in all three instances, take the by-pass).

With two runways and 7.6 million passengers in 2016, Bologna Airport is served by numerous domestic & international, regular & low-cost airlines offering direct and connecting flights to all points of the globe.

Bologna Airport has a Main Terminal and an EastTerminal.  For Terminal details at this site open ‘Terminal Map’ and scroll down to the text;  for ground transportation open: ‘Ground Transportation /Buses & Trains. 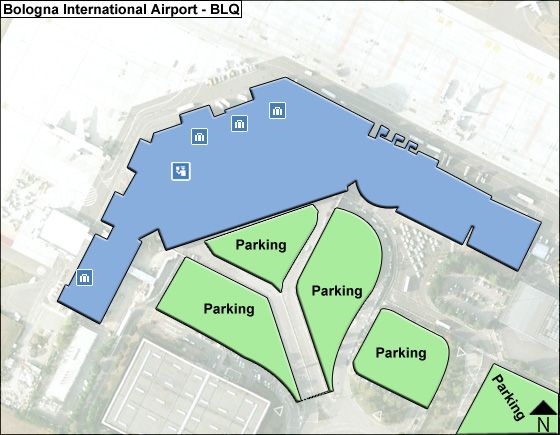