iFly.com
Budapest Liszt International Airport BUD (formerly known as 'Ferihegy Airport') is Hungary's primary Airport and serves the City of Budapest and its surrounding areas. It recently had been renamed in honor of its native son and famed pianist & composer Ferenz Liszt. Skytrax puts BUD in the highest rank of Eastern European airports.
In October 2015 CAA has given Liszt Airport the 'Airport of the Year for Exellence' award, while Skytrax awarded it 'Best Airport in Eastern Europe region' for the fourth year in a row .

BUD Airport is located 16 km southeast of the City Center of Budapest, accessible via Ulloi Road and by rail (reached from Terminal 1's train station.)

With two long runways and 10.3 million passengers in 2016, Budapest Airport is served by a growing number of airlines, offering direct and connecting flights to all points of the globe.
-  LOT Polish Airlines is scheduled to start service in May 2018 to New York JFK and Chicago O'Hare airports

NOTE:  Due to increased security mandates, it is presently advisable to arrive at your terminal between two and three hours prior to scheduled flight departure.
Budapest Liszt Airport has one integrated passenger terminal.  For Terminal details at this site open ‘Terminal Map’ and scroll down to the text;  for ground transportation open: ‘Ground Transportation /Buses & Trains.

The new on-Airport Hotel (operated by Ibis Styles Buddapest Airport Hotel) - with 4 levels and 145 rooms, conference & restaurant facilities and its own parking area - can be reached from Terminal 2B at landside by a 2-minute walk.

Present and future Airport developments:  Due to increasing airline commitments to the Airport, a 160-M Euro 'BUD 2020 Airport Development Program' was started in 2016, and was in full swing by Feb. 2017. Ongoing construction on a new 1225-meter-long  pier in front of T2B, is to provide direct docking for up to 10 category-C single-aisle aircraft. (T2B serves mostly non-Schengen flights). There will be 27 embarkation options by adding bus gates and  allowing for walk-on /walk-off gates according to airline needs. The new pier is to increase immigration control area at Arrivals.  Its roof is expected to be completed by Fall 2017, whle total completion is tentatively scheduled for Oct. 2018.
Address
BUD Nemzetkozi Repuloter
Budapest, 1185
HUN
Website: http://www.bud.hu
Contact: http://www.bud.hu/?tPath=/english/passengers/contact/customer_service
Phone: +36 36 1 296 7000 / 9696 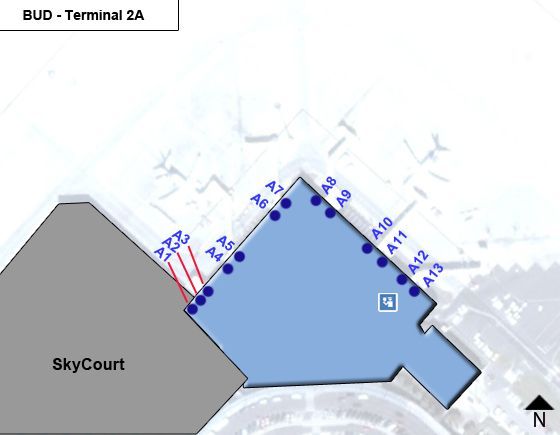 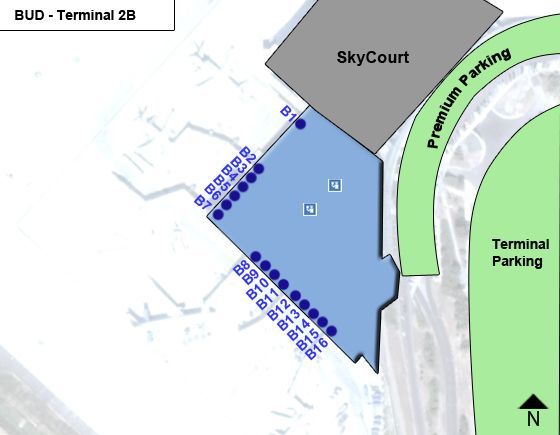 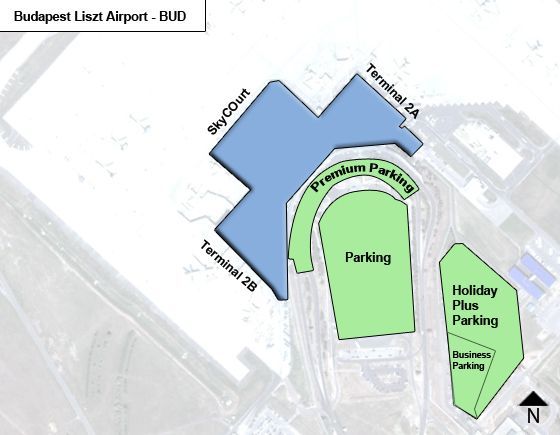 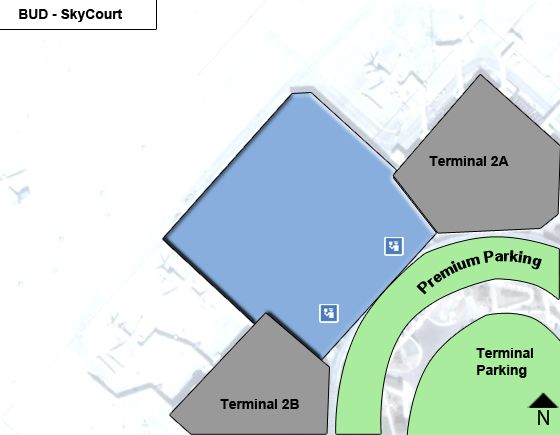