iFly.com
Friedrichshafen Bodensee Airport FDH ) serves the south-western State of Baden-Wurttemberg, Germany and its Bodensee area.
FDH Airport is located 3km north of the city of Friedrichshafen, and can be reached via B30 motorway via a new access road (B30 connects to the north with A7 (at Ulm) and to the south with B31 (along the northside of the Bodensee). Situated on the lake 'Bodensee', it shares its border with Switzerland and is close to the Austrian border.

NOTE: Opening hours of the passenger terminal depend on flight schedules. For very early charter flight departures the terminal opens at least 2 hrs before. In general the terminal is closed between 11pm and 4am (no overnight stay at the Airport!). 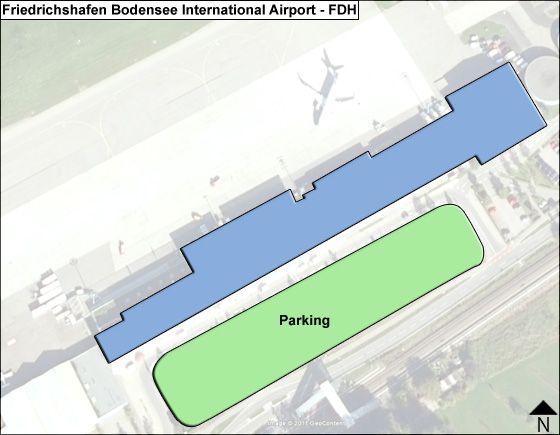