HGH Airport is located on the southern shore of the Qiantang River, 27 km from downtown Hangzhou, the capital of Zhejiang Province, and 15 km from the Xiaoshan District. It is accessible via the Shanghai-Hangzhou-Ningbo Expressway.

With a 3,600 meter runway and 31.6M passengers in 2016, Hangzhou Airport is a hub for Air China and host to other domestic and international airlines offering direct and connecting flights to all  points of the globe.
United Airlines started July 2016 with three weekly direct service from San Francisco FCO to Hangzhou HGH on the BO 787-9 Dreamliner.

Hangzhou Xiaoshan International Airport houses two terminals under one roof - the International Terminal A and the Domestic Terminal B.  For Terminal details at this site open ‘Terminal Map’ and scroll down to the text;  for ground transportation open ‘Ground Transportation: /Buses & Trains.

Passengers who subscribe to Alipay may now pay for services inside the Airport by using their electronic device. Also note that 'Internet Plus' upgrades are now available.

Current and future Airport developments:  In July 2017 it was announced that plans for a 5-level new terminals were icompleted. The new terminal is to cover 320,000 sq.meters and is to offer four 'green areas' with local trees, and have a large skylight in the canopy dividing the 1-km long facade into smaller parts.    No construction start and finish date is yet available.
Address
14th Road
Xiaoshan, Hangzhou, Zhejiang, 310021
CHN
Website: http://www.hzairport.com
Contact:
Phone: +86 571 85152575 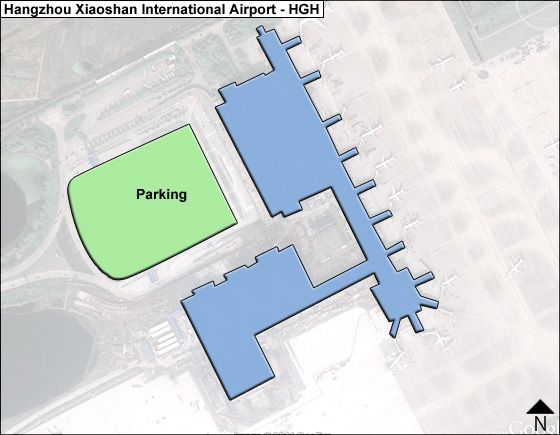