SGN Airport is situated within city limits, in the Tan Binh District of Ho Chi Minh City and 8 km from city center (District 1), which is  and is accessible via motorway 22. NOTE: Two flyovers were opened July 3, 2017. The Y-shaped flyover on Truong Son Street makes access to the airport faster.

With two very long runways serving over 32.5 million passengers in 2016, Tan Son Nhat International Airport is hub to Air Mekong, VASCO, Vietnam & Jetstar Pacific airlines, and it is served by a growing number of international airlines offering direct and connecting flights to all points of the globe.

NOTE:  Due to the rapid increase in passenger numbers, count on long lines and flight delays, which should ease as the International terminal's expansion project progresses (see Present & Future Airport Deveopments below).

The passenger terminal complex at Tan Son Nhat Airport consists of a Domestic & International Terminal.  For Terminal details at this site open ‘Terminal Map’ and scroll down to the text;  for ground transportation open ‘Ground Transportation: /Buses & Trains.

Present and Future Airport Developments:  While the current terminal was designed for 25 million passengers annually, 2016 with 32.5M passengers had already surpassed capacity.  In early June 2017 it was reported that capacity is to be boosted by up to 40 percent, while the current master plan would add a new Terminal 4 (for up to 15 million passengers annually, with parking aprons, and final completion by 2024.
The ongoing International Terminal Expansion project is to be completed by 2017/18 - whereupon it is to have 120 check-in desks, 10 jet bridges, 19 gates, cover 138,000 square meters, & accommodate up to 13M passenger a year.

[ New Long Thanh International Airport - at Long Thanh district, Dong Nai province (about 50 km NE of Ho Chi Minh City) - is currently planned to become regional hub for international air traffic.  The $16.3B project will be undertaken in 3 phases - the first of which (including runway) is tentatively to be completed by 2023 to accommodate 25 million passengers annually; the second phase thereafter aims for a 50M capacity.  After completion of Phase 3, the new Airport is to be able to to handle 100 million passengers a year.
- Within the next 10 years the Government intends to expand the Airport by using 52 acres of land located to the east - aiming for a 50M passenger capacity by year 2025 (currently only 20M).  It is expected that 2016 passenger count will reach 31M - making the expansion project even more urgent. (Chronic delays are the result of flooding on the tarmac, and street traffic congestions.) 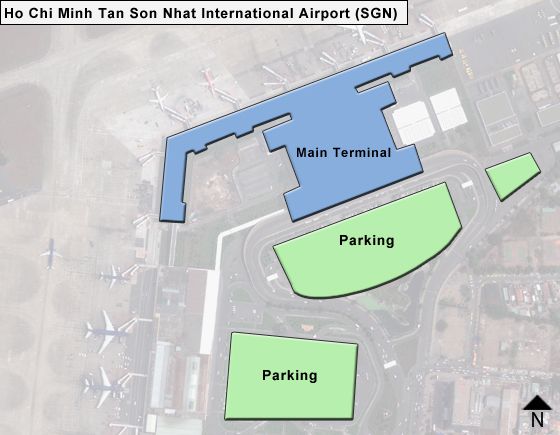 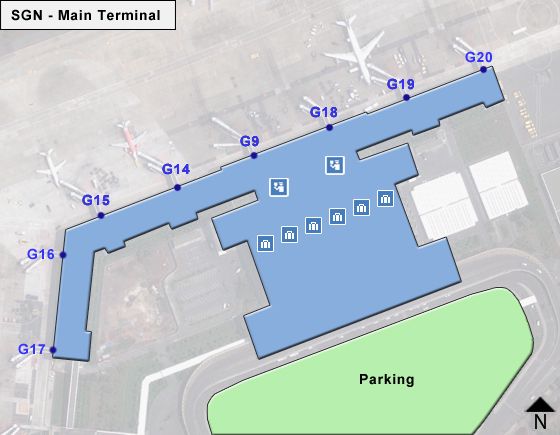