With 2.2 million passengers in 2016, Malmo Airport is served by some domestic and international airlines offering mainly flights to European cities, with connections around the globe; seasonal charters are available to various vacation destinations.

NOTE:  Some Saturdays during summertime are extremely busy days, when over 1,800 cruise ship passengers check in for their return flight to Spain.

Malmo Airport has one passenger terminal. For more informtion, open 'Terminal Map' and scroll down to the text. 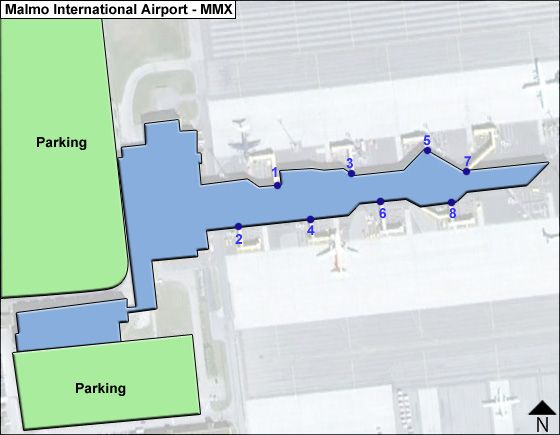