90 °F / 32 °C 12:45 PM
iFly.com
Malta International Airport MLA serves the independent State of Malta.  (NOTE: MIA is the short name for the Airport; MLA is the Airport Code).  Malta is a member of the European Union and belongs to the Eurozone and Schengen area. The State of Malta encompasses 316 square kilometers and has a population of 409,000. Its 7,000-year history, archeological sites and ideal weather conditions draw tourists from all over Europe.  Malta Airport ranked second-best European Airport in its passenger count category.  In 2016 Skytrax rated it 4 starts. It also won the top rank for 'Most Scenic Airport'.
Malta International is experiencing steady passenger growth and plans accordingly.

MLA Airport is located between the towns of  Luqa and Gudja, on the Island of Malta, the larger of the Maltese islands in the Mediterranean Sea (which form the State of Malta) - situated just below Sicily.

With two long runways and 5 million passengers in 2016, Malta International Airport is hub for Air Malta and is also served by  international airlines, including low-fare and charter airlines.  A seaplane service to the Maltese Island of Gozo, as well as to Sicily, is sponsored by Harbour Air, located at the Airport.
SITA (the global air transport specialist) recently took over day-to-day ICT operations.

NOTE:  Passengers are urged to arrive at the Airport 2 hours prior to their scheduled departure time - due to temporary use of a much smaller security check area in place until the new and much larger area opens in 2018. (See Current and Future Airport Developments below).

Malta International Airport has one passenger terminal (and a new VIP Terminal). For Terminal details at this site open ‘Terminal Map’ and scroll down to the text;  for ground transportation open: ‘Ground Transportation /Buses & Trains.

Current and future Airport developments:The 78M EUR investment plan includes terminal & airfield operational upgrades.
The currently ongoing phased implementation of a new Central Security Screening Area 'CSSA' is intended to double in size by  2018. During this time, a temporary screening area has been set aside on level 1 of the terminal, with all needed infrastructure in place. The New Security Area is to include new screening technology, boarding pass readers and tray return systems, along with a 180-meter queuing section and six lanes, as well as a fast-track option for business travelers & parents with small children.
- Upon CSSA's completion, work will shift to the check-in hall, which is to receive a new look and upgraded facilities.
- A new VIP lounge on level 3 with panoramic views of the runway and an upgraded observation deck in the public area are part of the Reconfiguration Project.

NOTE:  Going back to the future:  peddle power is an eco-friendly alternative to charge your electronic devices - two bicycles are at ready outside of the terminal to peddle and power up - saving the planet one peddle at at time! 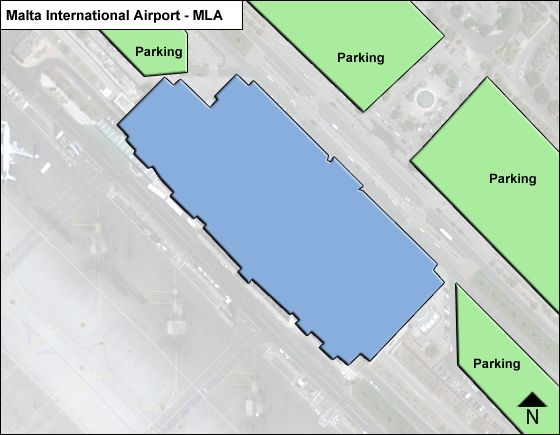