NGS Airport is located on an artificial island off the coast of Omura Bay - connected to the mainland near Morizono Park & motorway 38 by a causeway.  Motorway 38 also connects to motorway 34.  It  is only 4 km west of the Omura railway station, and 18 km northeast of the Nagasaki railway station. The closest cities reached by car are Isahaya (25 mins); Nagasaki (40-60 mins, depending on traffic); Sasebo (70 mins) and Shimabara (90 mins). 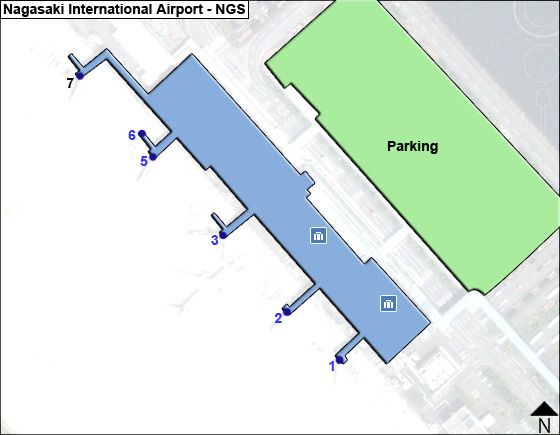