iFly.com
Nice Cote d'Azur Airport NCE is France’s third most important airport (after de Gaulle & Orly), being the port of arrival for passengers to the Cote ‘Azur (Saint Tropez & Cannes Airport) and serving the Principality of Monaco (Monte Carlo Airport) via helicopter service. The local telephone information number for the Airport is 0820 423 333 (0.12 EUR per minute).
Since Spring 2016 Nice Airport has been partially privatized - retaining 40% and selling 60% (to the Azzura consortium) - benefiting the Airport by a 635 million Euro investment between 2017 and 2031.  Cote d'Azur Airport is now France's first carbon-neutral Airport!

Cote d'Azur Airport is located 5.9 km southwest of Nice, in the Alpes-Martitimes Department of France, on the Mediterranean Sea, and is accessible via motorway A8 (La Provencale), Exit 50 on N99 to Promenade des Anglais.  There are two new road accesses to the platform from the Promenade des Anglais in the direction Nice to St. Laurent du Var.

With 2 long runways and 13 million passengers in 2016, Nice Cote d'Azur Airport is served by a host of national and international airlines offering direct and connecting flights to countless European cities with connections around the globe. Seasonal charter flights are available to popular vacation destinations.

Nice Airport has of two terminals - T1 & T2.  For Terminal details at this site open ‘Terminal Map’ and scroll down to the text;  for ground transportation open: ‘Ground Transportation /Buses & Trains. Current & future Airport Developments:  Recently, retail floor spaces were expanded at both Terminals to accommodate the extensive new food & drink offerings, another Aelia duty-free store & fashion outlets.  Also completed was the first phase of retail and dining upgrades, a new centralized security control area, and a new walkthrough duty-free store. By latest year-end 2017, both terminals will have been entirely renovated, doubling the retail and  waiting areas. 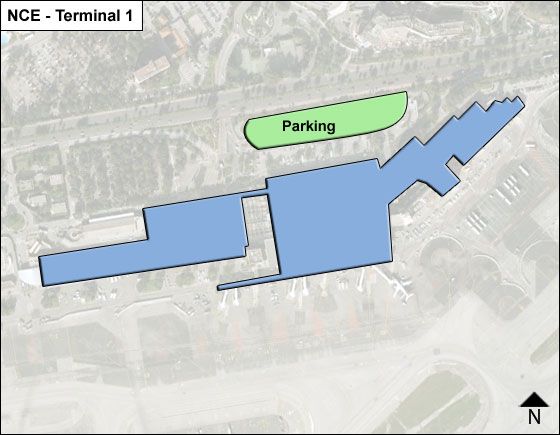 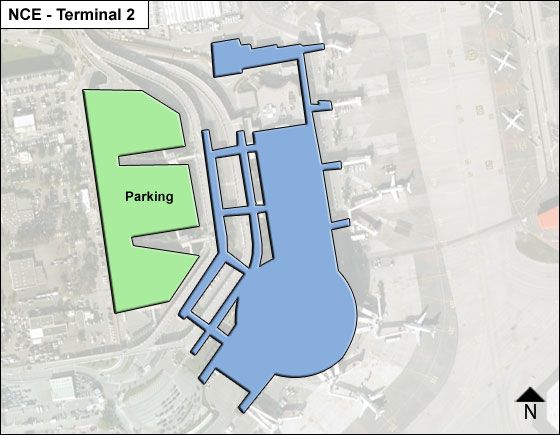 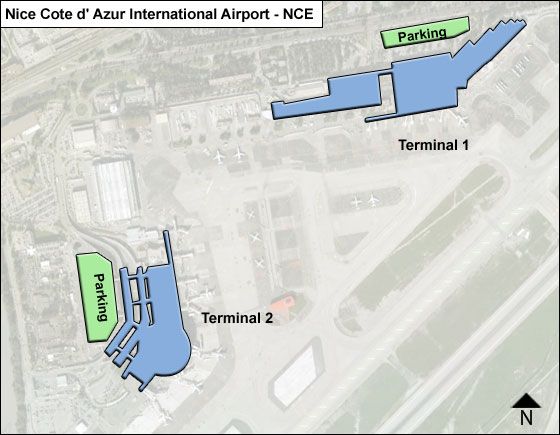