74 °F / 24 °C 11:40 PM
iFly.com
Belgrade Nicola Tesla Airport BEG (named after the Serbian-American inventor) is Serbia's busiest airport and serving it capital city of Belgrade. The Airport is experiencing a sharp uptick in passenger traffic and has added a number of new airlines and routes.  It is presently Europe's second-fastest growing airport!
With an 'Airport Certificate' received in July 2017, the Aiirport is now in compliance with the strictest European requirements.
BEG Airport is located in the town of Surcin, 12 km west of central Belgrade & its main railway station,  accessible via motorway E70 & E75 to the north, and R153a to the south.

With a long runway and 4.9 million passengers in 2016, Nicola Tesla Airport is hub to flag carrier Jat Airways and a base for Wizz Air, and is served by an increasing number of  international & charter airlines offering direct and connecting flights to all parts of the globe.

The summer flight timetable applies between the last Sunday of March, and the last Saturday of October, while the winter timetable starts November 1.


NOTE:  Additional security measures are in place in both terminals and passengers need to get to the airport 2 hrs prior to scheduled international flight.

Future Airport developments:   While Phase 1 of Terminal 1's upgrade work was completed (adding 5,000 sq.meters of space, as well as a T1-T2 connector) - Phase 2 covers T2's expansion by 11,000 sq.meters, and 4 more air bridges.
NOTE:  As of August 31, 2017 the efforts to privatize the Airport exceeded expectations, as bids from a good number of European corporations were above EUR 100m.  As of mid-October 2017 no news regarding the Airport's acceptance of its final bidder has yet been made public. 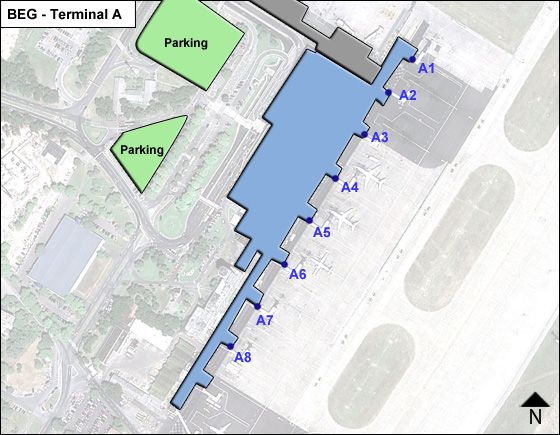 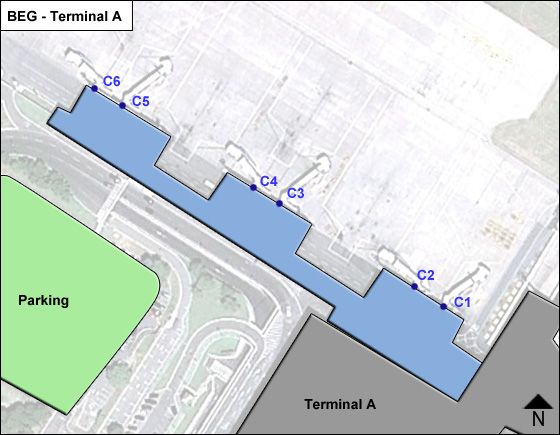 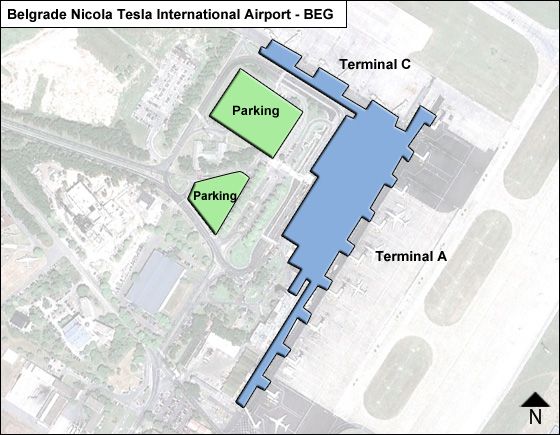