77 °F / 25 °C 7:44 PM
iFly.com
Mumbai Chhatrapati Shivaji International Airport BOM - or simply 'CSIA'  (while still referred to by many as 'Sahar Airport' - the town it borders) - is  India's primary, and one of South Asia's busiest airports, and  the counry's largest and most important aviation hub. It serves the densely-populated City of Mumbay (formerly Bombay) - located in the State of Maharashtra - India's third-largest State. Both City and State border the the Indian Ocean at West.
Since 2006 CSIA has been transformed into a world-class facility - earning yearly accolates; the most recent of which areSkytrax' World Airport Award for 'Best Airport in India & Central Asia' (in the 25-40 million yearly passenger count categories; while in Dec. 2016 Conde Nast named it runner-up among best of World Airports.  ACI in March 2017 judged it as 'Second Best Airport globally (in the over 40M annual passenger category).  Furthermore, in early 2016 CSIA became the first brown field airport receiving the 'GreenCo Gold Rating' for environmental performance.
The Airport is administered by GVK Mumbai Inernational Airport Pvt. Limited (MIAL), which in March 2017 received the Airport's 'Best Airport Staff Serivce' award.

CSIA is located 25-35 km from Mumbai's city center -bordering the towns of Sahar & Bramhan Wadi - and is across from the Mumbai suburbs of Santacruz & Andheri. It is accessible via the Western Express Highway, leading directly to the Domestic Terminals, and, farther north, leading to the Sahar Road Exit, taking you directly to the International Terminal & the new Terminal 2.

With two long runways and  44.7 million passengers in 2016, Chhatrapati Shivaji International is hub to Air India, and a number of other airlines, and is served by numerous domestic and international airlines offering direct and connecting flights to all points of the globe.

On-Airport hotels at Chhatrapati Shivaji Airport:
- Near the Domestic Terminals is the Bahara Star, and
- at the International Terminal complex are the Grand Maratha, Hyatt, InterContinental, Leela and Mirage hotels.
- Inside of Terminal 2: the luxurious Niranta Airport Transit Hotel & Lounge is on Level 1 at landside, and at level 2 at airside (international departures.).


NOTE:
- The new Mumbai Metro LRT system extension is now serving the Airport. In the future, the Mumbai Metro Line 3 will have 3 stations - at International T1, Domestic T2 - and the Sahar Road Station.
- 'Pranaam' personalized services - available at both Domestic & International terminals - received from 'Business Initiative Directions' the 'Century International Quality Era' award.  Pranaam GVT Guest Services with warmth & care are on par with the best of global services, and include Pranaam Platinum & Gold, Transit & Lounge (at T2).  Pranaam International Service covers curbside to boarding assistance, porter services and access to the Pranaam Lounge.
- Jet Airways passengers at Terminal 2 note: "For easy access, Jet Airways' passengers can drive to the departure gates at Level 4 through the Sahar elevated access road and enter the Departure terminal from Gate No. 7. Passengers may either check-in online or at the self-service kiosk located near the entrance. They may use one of the 41 dedicated check-in counters manned by Jet Airways staff located between gates 6 and 7 for departure formalities. Check-in counters for First and Premier Guests for both domestic and international flights will be located at island 'P'. Passengers travelling in Economy on domestic flights can proceed to island 'K', while those travelling Economy on international flights can proceed to island 'L' for check-in. In addition, island 'M' will have exclusive check-in counters for guests holding JetPrivilege Platinum, Gold and Silver cards.  For Jet Airways guests arriving into Mumbai, prepaid taxi will be available at Level 1. Access for private cars and hotel provided transport is available for guests at Level 2. For three-wheelers and city bus services, guests will need to proceed to P6 at the multi-level car park on Level 2."

Current & Future Airport Developments:   While CSIA’s domestic & international terminals are presently situated in different locations, the aim is to integrate them and to transform the Airport into one of the world’s most modern airports, with a full range of services and technology.
A new Navi Mumbai Airport  situated near Navi Mumbai (the name of the new city development bordering the 'old' city of Mumbai) had its ground braking in June 2017. Predevelopment should take two years and the launch date for the new airport is tentatively in 2022. The new Airport is intended to absorb some 10 million passengers from CSIA.   Both Airports are to be served by connecting  Metro Rail.
Address
Sahar, Andheri East
Bombay, Mah 400029
IND
Website: http://www.csia.in
Contact: [email protected]
Phone: +91 22 2681 3000 or 022 66851010 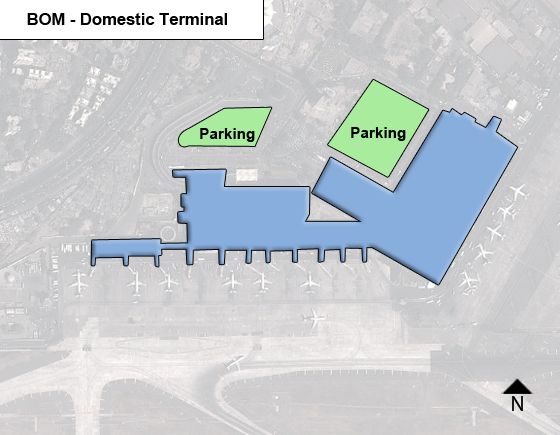 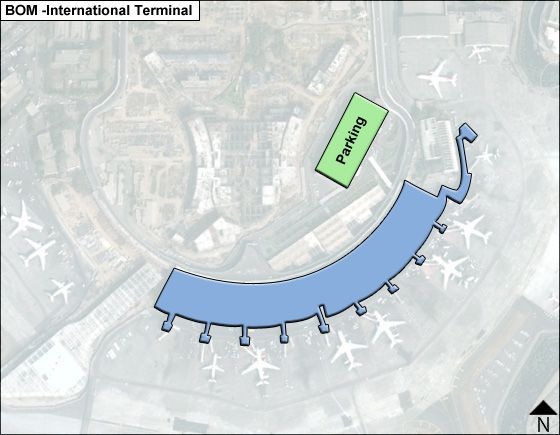 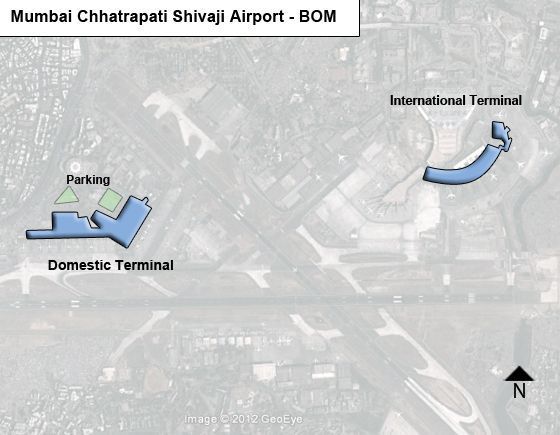