iFly.com
Winnipeg Richardson International Airport YWG (or 'Winnipeg International') - geographically in the center of North America - not only serves the central Canadian Province of Monitoba and its capital city Winnipeg, but also parts of the provinces of Saskatchewan, NW Ontario & Nunavut, as well as parts of North Dakota & Minnesota in the U.S. ACI placed Winnipeg Airport in 5th place among global airports of its size, and bestowed it the Airport Service Quality Award.

YWG Airport and close to downtown Winnipeg, and can be accessed from King Edward Street Route 90, which runs into the Canada Highway 1 & Route 85.

With about 3.5M passengers a year and two long runways, Winnipeg International Airport is hub to Calm Air & Perimeter Airlines (Perimeter has its own terminal, serving the more remote areas), and is served by many scheduled and charter airlines offering  flights to numerous domestic and international destinations with connections around the world.

NOTE:
-  YWG Airport offers U.S. Border Pre-Clearance.
-  As of March 15, 2016, arriving visa-exempt foreign nationals (except US citizens and travelers with a valid visa) need an Elecronic Travel Authorization (eTA). Eligible travelers may now apply online for such eTA, and before it becomes mandatory. For more information visit  http://www.cic.gc.ca/english/visit/eta.asp?utm_source=partner-eng&utm_medium=website&utm_campaign=eta
- 8 electric vehicle (EV) charging stations are being installed in the Parkade. 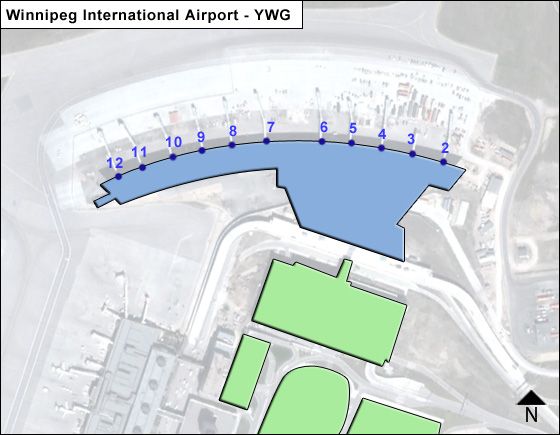