iFly.com
Yeager Airport CRW serves the city of Charleston and its Canawha County in the State of West Virginia , as well as parts of the bordering State of Kentucky.

CRW Airport is lonly 5 miles from downtown Charleston and a few minutes' drive from the intersection of three major Interstate Highways - I-64, I-77 & I-79). A short waiting line at its security checkpoint makes Yaeger one of the most passenger-friendly airports in the nation.

With and a yearly estimate of over 400K passengers, and two runways, Yaeger Airport is served by major airlines, offering non-stop flights to many U.S. hubs, with connections worldwide.

The passenger terminal at Yaeger Airport has Concourses A, B & C.
The Lobby Area (pre-security) offers food & drink  and the USO Military lounge (tel. 304-344-5158). Rental car desks,  baggage claim & hotel information is to the left - Lost & Found, lounges and ticket counters are to the right.  An ATM machine is next to the baggage claim.
The Gate Area (post-security) offers a cafe, gift shop, ATM, & shoe-shine, as well as access to Concourses A, B & C and their respective gates.  A Game Room is near gate B2.
While rental car desks are inside the terminal, the rental car parking lot is only a few feet from the terminal.
Outside of the Terminal is a passenger pickup/dropoff zone.

Transportation:  Aside from taxis, limos, hotel shuttles & rental cars - at present there is no public transportation available.

Present and future Airport developments: A $14M plan for a new EMAS (Engineered Material Arresting System) - representing a bed of concrete blocks breaking down if airplane overruns the runway - is to become an interim safety project. Later, it is to follow by a $175M long-term plan lengthening the runway from 6,802 to 8,000 feet and adding safety overrun space. 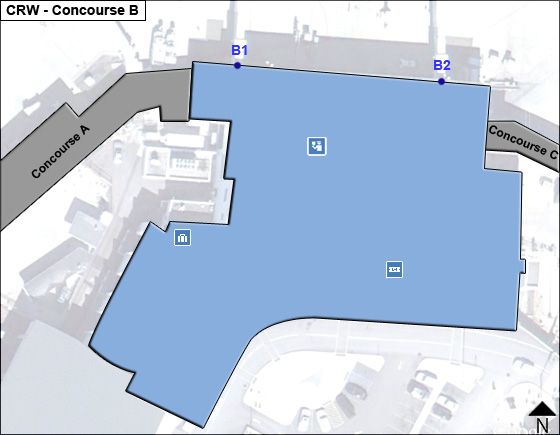 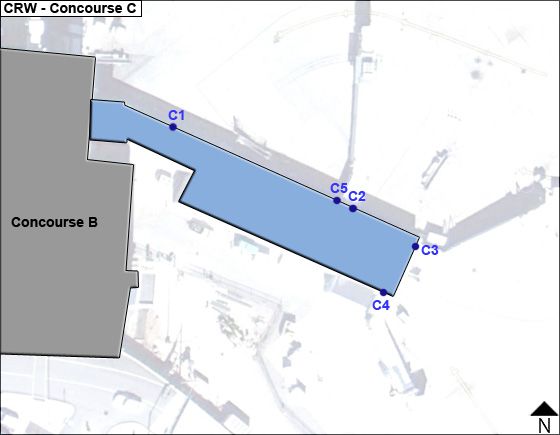 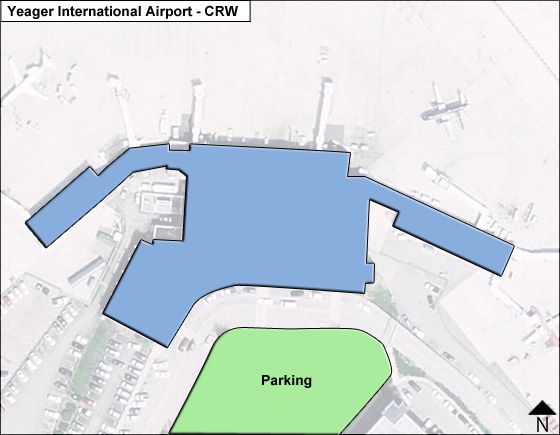 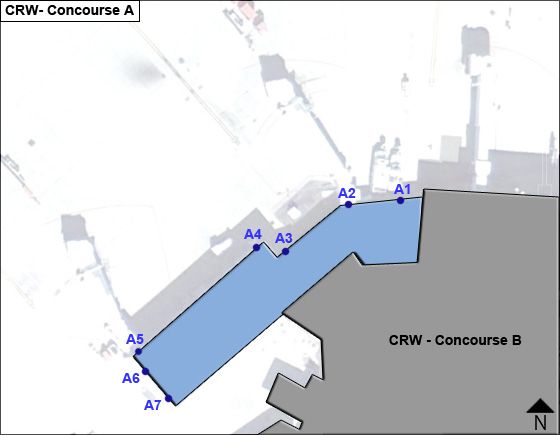