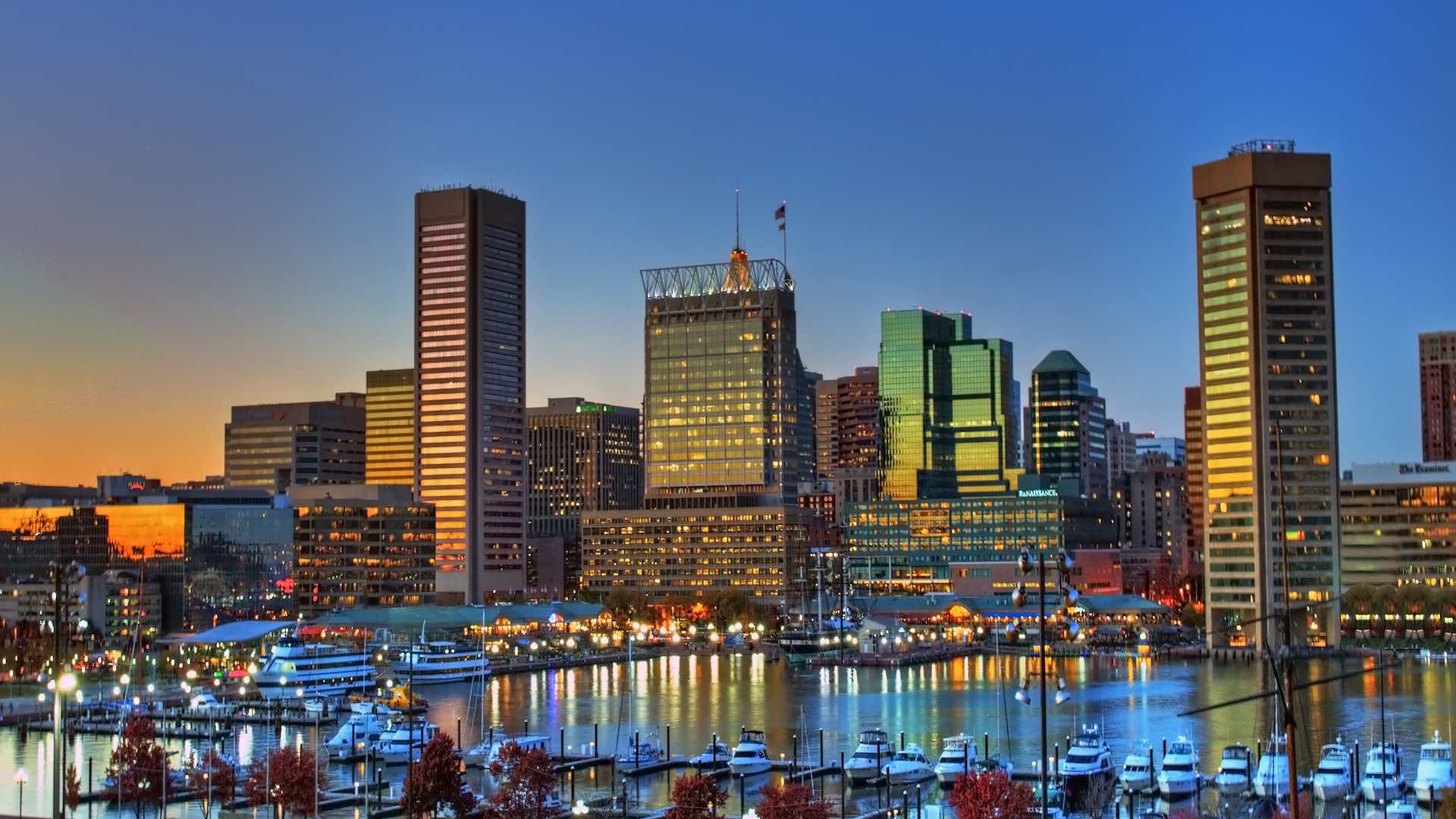 The Baltimore Washington International Airport (BWI) or BWI Marshall is the busiest airport in Maryland. The airport is commonly referred to by its airport code BWI, but the name Thurgood Marshall was added to honor of its native son, the late Supreme Court Judge Thurgood Marshall. The airport mainly serves Baltimore and Washington metropolitan areas. BWI is located in an unincorporated area of Anne Arundel County, 9 miles south of downtown Baltimore and 30 miles northeast of Washington D.C.

BWI airport provides international flights to almost all popular destinations, including Europe, North America, Asia and Middle East. The airport is also famous for its low-cost flight for both domestic and international flights. The main carrier operating at BWI airport is Southwest Airlines. Baltimore airport provides flights to over 27 million passengers annually.

The Baltimore International Airport has one main terminal, with five Concourses: A, B, C, D and E. The main terminal building has two levels: lower and upper. The lower area is mainly for arrivals and baggage claim, while the upper level is for ticketing and departures. To see details about BWI terminals and additional information, check out the BWI airport terminal map.

Concourse A and B: This portion has 25 gates. Mostly, these concourses are exclusively operated by Southwest Airlines.

Concourse C: This concourse has gates from C1 to C14, located on the upper level. Main airlines operating at this concourse include Alaska Airlines, American and Southwest Airlines.

Concourse D: There are 29 gates on this concourse, from D1 to D29. Important airlines operating on this concourse are Allegiant Air, Air Canada, Delta, JetBlue, Southern Airways, Spirit and United Airlines.

View the full list of airlines served at BWI Airport.

For hourly garage, there are different packages available, with prices starting from $4 an hour. You can also buy daily garage packages for around $22 a day. Long-term parking packages start at $8 per day.

Valet parking is also available for $30 per day.

After arriving at BWI airport, there are several transport options to reach your next destinations. Some of the most commonly used and easily accessible transport options at BWI include public transport, taxi, ride-hailing services like Uber and Lyft.

Shuttle: BWI airport provides continuous shuttle services to and from famous nearby public transport stations. The shuttle service picks up passengers from all parking stations after every 8 to 10 minutes and drops them at the nearby MARC/Amtrak station. If you want to use a bus, you can use ICC Bus Route 201. You can also take RTA 501 route to reach any famous place in Maryland, including Howard County, Anne Arundel County, City of Laurel, and Northern Prince George’s County.

Metro: You can also use Metro bus service as it goes from the airport to the Greenbelt Metro Station after every 60 minutes.

The Baltimore Washington Airport is owned and operated by The Maryland Aviation Administration (MAA). 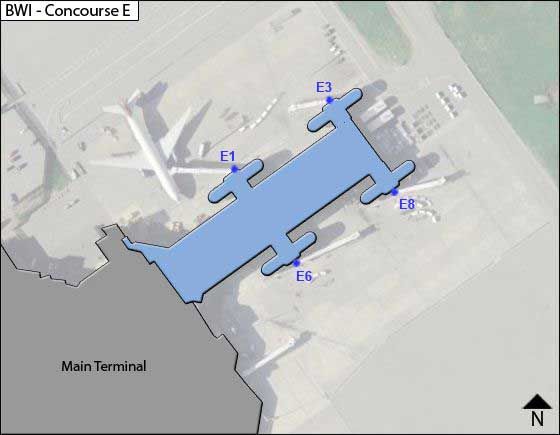 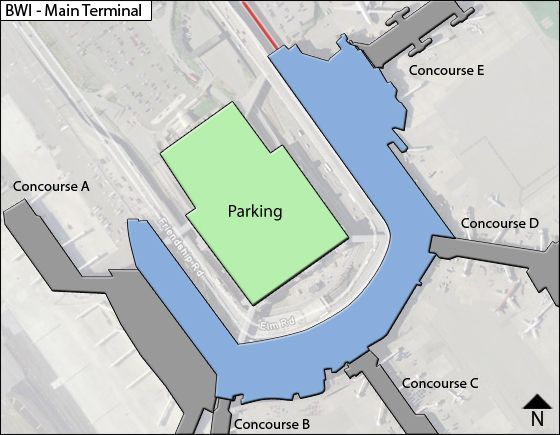 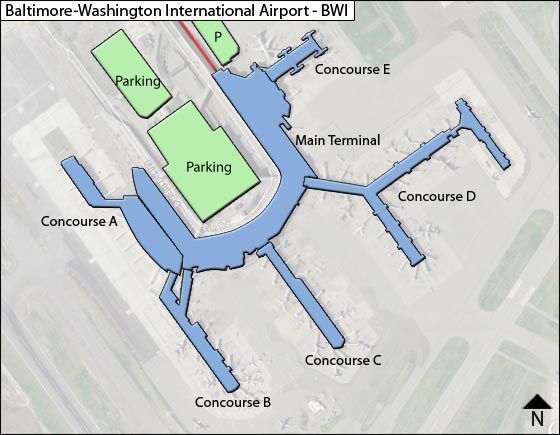 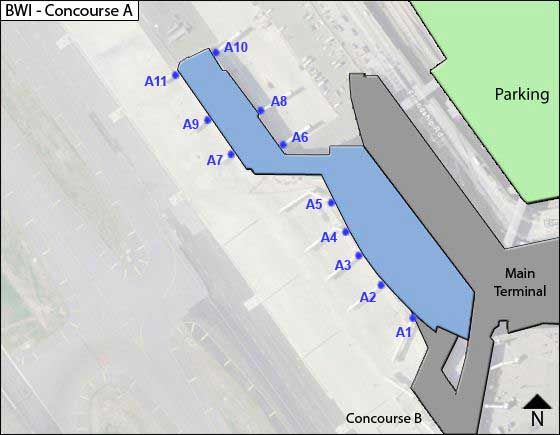 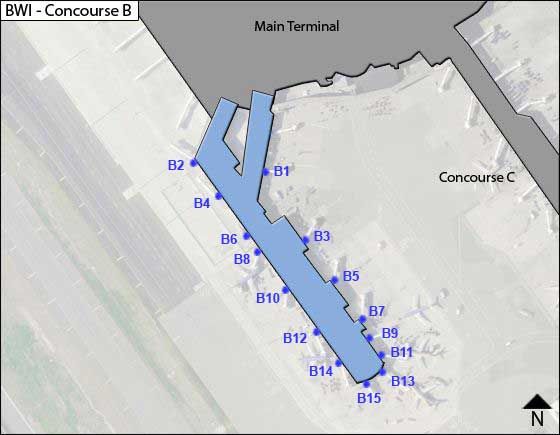 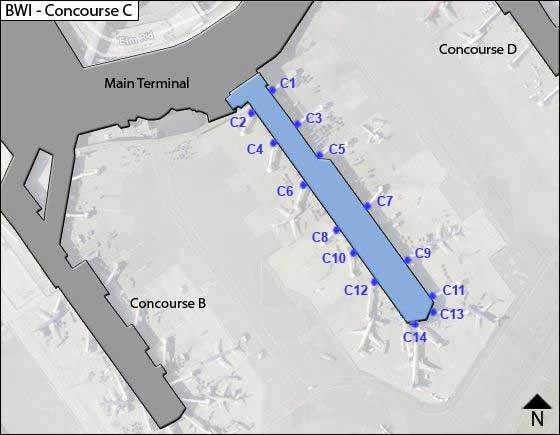 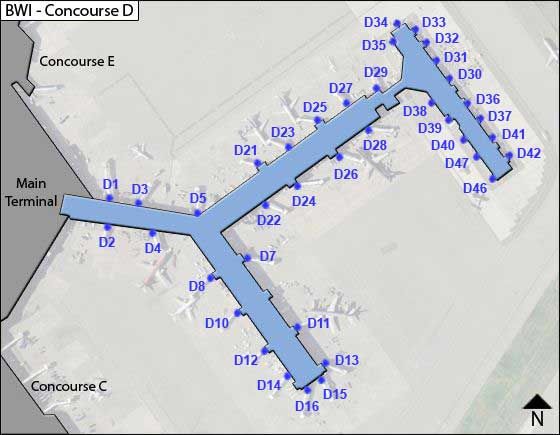 Yes. The official name of the airport is Baltimore/Washington International Thurgood Marshall Airport, but it is commonly known as BWI.
The airport is located 9 miles south of downtown Baltimore and 30 miles northeast of Washington D.C.
Southwest Airlines
Yes. There are several sleeping options available at the Baltimore Airport. Especially in Concourses D and E, you can find several padded benches, armrest-free chairs, couches and paid sleeping seats. You can also find different nooks and corners of the waiting area to sleep. Sleeping is not prohibited by the authorities of the airport.
In terms of cost, January is typically the cheapest month to fly into the BWI Airport.
Being a major airport, you can fly to many cities around the world without a stopover. Check out our direct flights page to see where you can go!
There are two airports in the state of Maryland: Baltimore airport BWI, and Martin State Airport. Both airports are run by the Maryland Aviation Administration.

Does Southwest offer curbside check in during this Covid period?

According to the airport, this has varied during the pandemic. Southwest has offered curbside check-in at select morning times in recent months. We suggest checking with the airline to confirm days/hours of service.

What taxi services are near BWI?

Check out this partial list of BWI taxi services. You can also use google and search for taxis originating near your starting point.