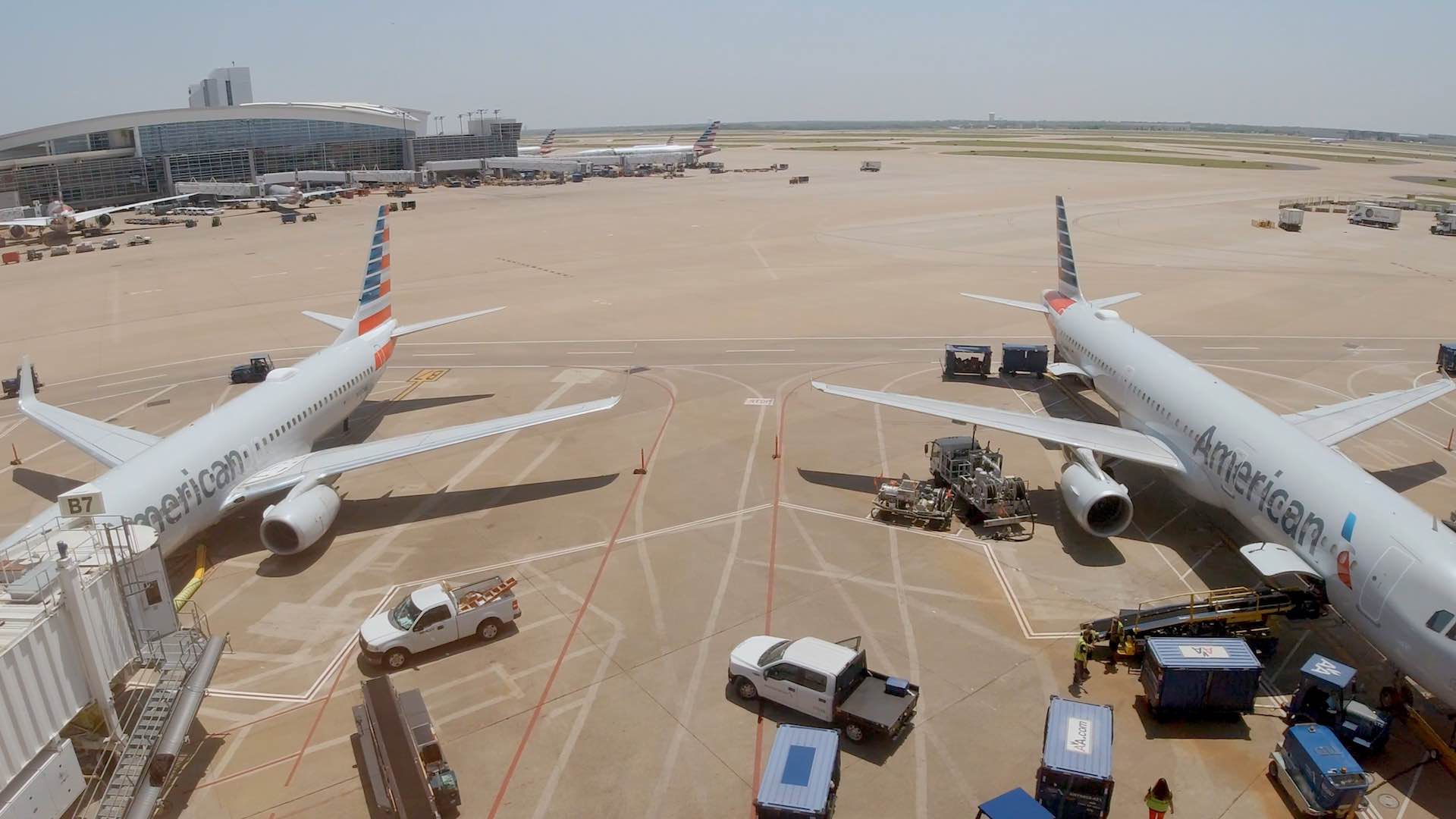 Dominated by American Airlines, Dallas airport DFW is the 15th busiest airport in the world.  With 7 runways serving over 60 million passengers annually, Dallas International is served by a host of major domestic and foreign airlines offering direct and connecting flights to all points of the globe. Dallas Airport aims to be the 'World's Healthiest Airport' - whereby its concessionaires participate in offering daily at least one dietary choice.

Dallas airport DFW has five terminals. A, B and C terminals are for domestic flights and terminals D and E are for international flights. All terminals are interconnected inside security.  The airport terminals host 171 boarding gates.

Short-term and Long-term Parking: Parking at DFW Airport is available onsite. The public airport parking facilities have about 40,000 parking spaces. Monthly parking programs and handicap accessible parking are also available through the airport. Parking prices depend upon closeness to the terminals and level of service.

Passengers arriving at the airport have multiple choices for reaching their next destination.  At Dallas Airport, the transportation options are buses, local train, rent a car and many more.  Passengers can also book Uber and taxi services to ride at their destination.

Airport Car Rental:  Passengers can easily pick up a rental car at DFW Airport.  Hertz, Enterprise, National, and other well-known car rental providers offer airport travelers a large variety of vehicles to choose from. If you get any problem in car rental services, you can call on their toll free numbers.

Airport Shuttle: Private airport shuttle services are a convenient way to travel to and from the Airport.  With the help of the wide selection of available shuttle services, you can get a ride to almost any nearby location.

Buses & Trains:  If you have more time and you don’t want to waste money on private services, public transit is also an option. Dallas airport has direct rail links to both downtown Dallas and downtown Fort Worth. DART trains arrive at the airport regularly from 4AM to 1AM daily.  Passengers can also take the bus services at airport.

Dallas Airport DFW provides many passengers amenities and services including:

The Dallas-Fort International Airport is owned, maintained and operated by the cities of Dallas and Fort Worth. 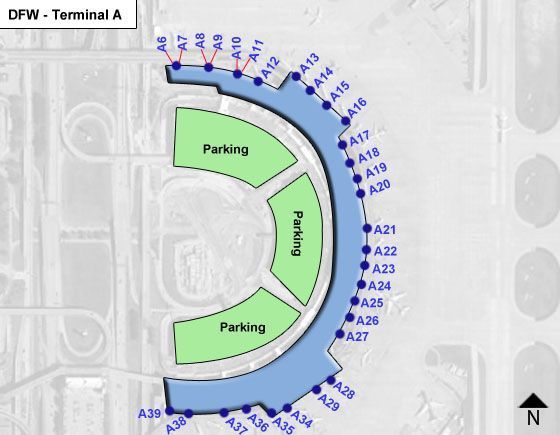 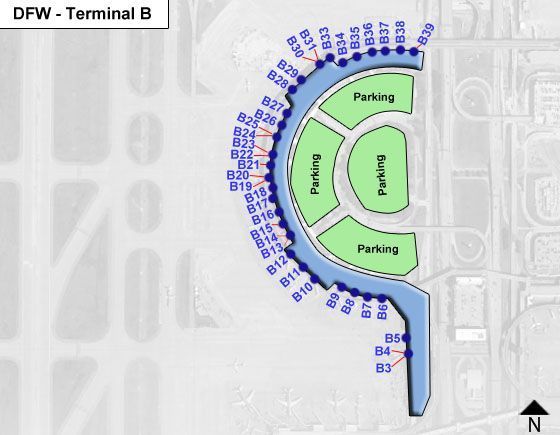 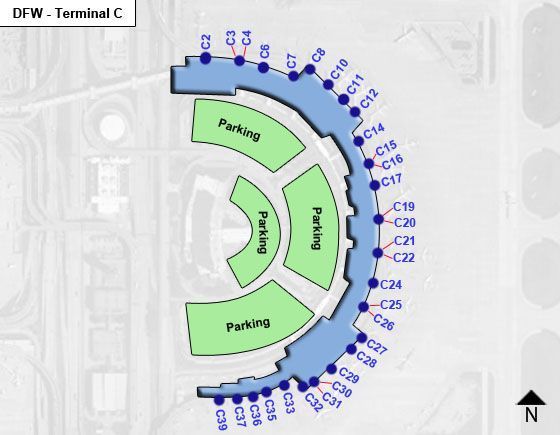 Have a question about Dallas Fort Worth Airport?

Yes, Dallas Airport has the official name Dallas-Fort Worth international Airport.  So Dallas Ft Worth airport and DFW airport are the same airport. “DFW” is the airport code.
It is located 25 miles from Downtown Dallas.
DFW is the main hub for American Airlines.
Passengers are allowed to sleep in the DFW Airport.  There are hotels available inside the airport where you can easily relax.  Sleeping lounge areas are available in Terminal B, D, and E. We also recommend these awesome DFW layover ideas.
The best time to fly to Dallas is after New Years in January.
You can fly to hundreds of destinations from Dallas Airport. Check out our direct flights listing to see where you can go non-stop!
Dallas Love Field is the closest airport to Dallas, followed by DFW Airport, then Waco Regional Airport.