Level 2 of T1 consists of the check-in/ticketing counters and houses the terminal gates: A Gates A13-20 and B Gates B1-5.

In the B Gates area, you will find an AED, TTY Phone service, hydration station, male/female restrooms, public telephones, and ATMs.

In the E Gates area, you will find TTY and public phones, family and men’s restrooms, 2 AEDs, ATMs, and 2 recharging stations.

In the G Gates area, you will find 3 AEDs, TTY and public phones, family and men’s restrooms, and hydration stations.

In the D and F gates alongside the ticketing lobby, you will find similar services as the other terminal gate areas.

Level 1 of T3 houses the baggage claim and terminal gate H1. It is a connector terminal for international flights.

There are many options for shopping and dining around HNL airport. Some notable shops and restaurants include Best Buy Express, Flight Deck, and Chowmein Express in T1; and Coach, DFS Beauty, and Pinkberry in T2.

The hours and wait times estimates for each security checkpoint can be found on the Honolulu Airport Security Wait Times Page. 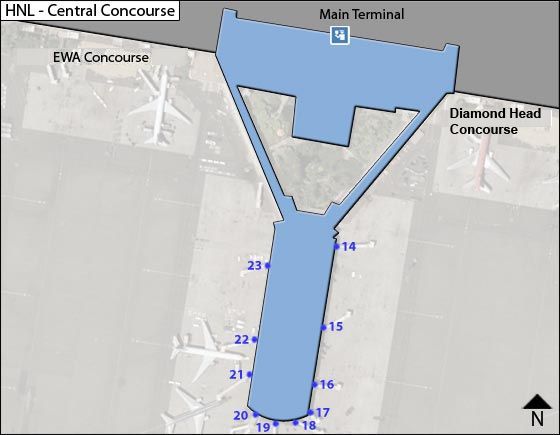 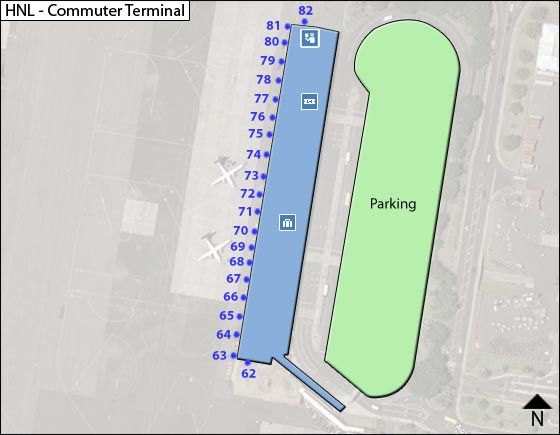 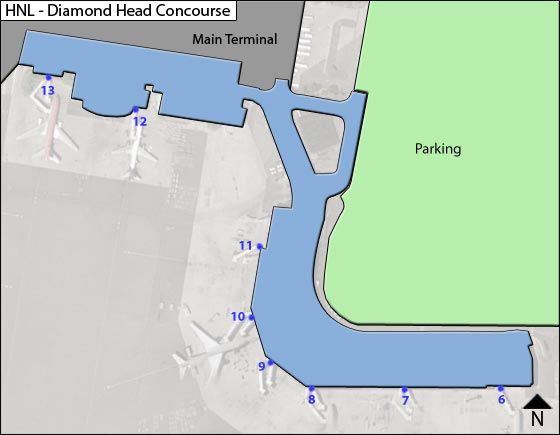 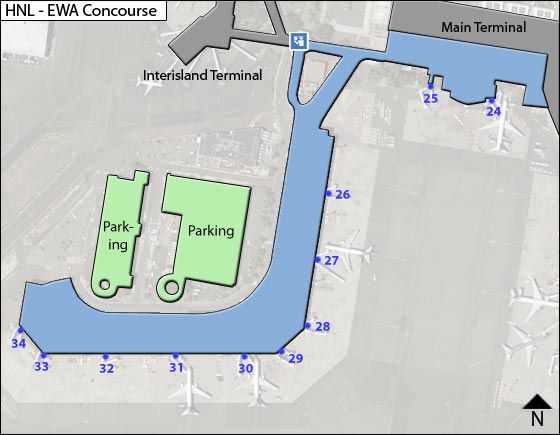 Have a question about Honolulu Airport?