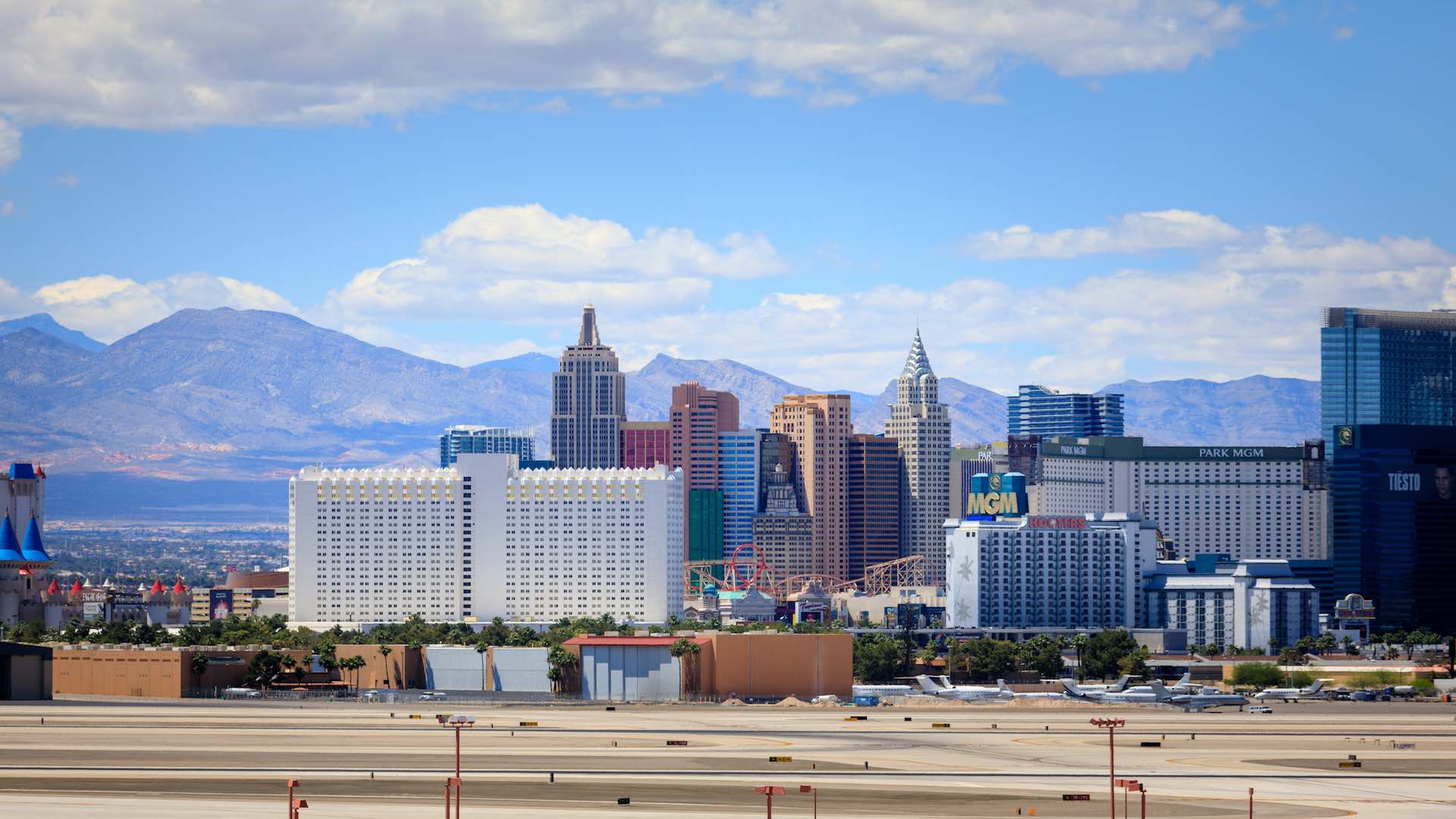 McCarran International Airport, or LAS, is the main public airport serving the Las Vegas Valley, Nevada. The airport is located about five miles South of Downtown Las Vegas. In 2019, the airport processed over 51 million passengers.

The airport operates flights to over 80 domestic and international destinations worldwide, including North America, Europe, and Asia. The airport is an operating base of Allegiant Air and a crew and maintenance base for Frontier Airlines, Southwest and Spirit Airlines.

McCarran International Airport has 2 terminals, 5 concourses and 110 gates. Both terminals are located in separate buildings, which are not connected to each other. Therefore, before leaving for the airport, you should know your terminal for departure or pickup.

Terminal 1: Terminal 1 has four concourses. Each concourse is connected to a central pre-security area. Ticketing and baggage claim are located on Level 1 of the central area of the Terminal.

Level 2 of Terminal 1 has security checkpoints, retail outlets and a lounge of military service members.

Airlines operating at this terminal include Contour, Delta, Southwest, Spirit, American and Allegiant.

Terminal 3: All international and some domestic flights are processed on this terminal. Terminal 3 has 14 gates. Level 0 of Terminal 3 contains areas for customs and baggage claims.

On Level 2, check-in, security checkpoints, and all gates are located.

There are numerous parking options available at the airport. These options include:

Both terminals of LAS offer short-term parking. This parking should be used if you want to park your vehicle for three hours or less.

At Terminal 1, short-term parking is on Level 2M or on Level 1 near the passenger pickup area.

You can reach the short-term parking area by following the overhead signs. You can also call the airport help desk at 702.261.5122 for guidance on parking.

At Terminal 3, short-term parking is on Level 1.

You can use long-term parking at LAS if you plan to park your car for more than three hours.

Long-term parking at LAS costs $10 if you park your car for up to 3 hours. Each additional hour after the three-hour window costs $2. Daily maximum rate $18.

On Terminal 3, economy parking is located adjacent to the parking garage which is within walking distance of ticketing/check-In areas.

On Terminal 1, economy parking is located at 576 Kitty Hawk Way, just off of Paradise Road. However, starting April 16, this parking lot is temporarily closed. You can use the Terminal 3 economy parking and take the inter-terminal shuttle to Terminal 1.

Valet parking is a great option if you want to avoid the hassle of finding parking slots.

Valet parking at LAS costs $10 for the first hour. For each additional hour, the rate increases by $2. Daily maximum limit is $30.

This is the best parking option if you plan to wait for your passenger. Cell phone parking lots at the McCarran International Airport are free.

This parking lot is located near passenger pickup curbs at Terminal 1 and Terminal 3.

On Terminal 1, public bus operates on Route 108 - Paradise, Route 109 and the Westcliff Airport Express (WAX) route. The bus stop is on Level Zero of the Terminal.

On Terminal 3, the bus operates between Westcliff Airport Express (WAX) and Centennial Express (CX) routes. The bus stop is located at the Departures curb on Level 2.

You can use the free shuttle service to move between the two terminals of LAS. The service operates after every 15-30 minutes.

You can also use ride-hailing apps like Uber and Lyft to reach the airport or your destination. Pickup area for Uber or Lyft is one level 2 of the parking garage on Terminal 1.

On Terminal 3, the pick-up section is located on the valet level of the Terminal 3 parking garage.

You can also use Taxis at LAS. On Terminal 1, you can find taxicabs on the east side of baggage claim, outside door exits 1 - 4.

On Terminal 3, the taxicabs section is located outside Level Zero.

There are plenty of options at LAS for shopping, dining, entertainment and relaxation. The airport has outlets of nearly all restaurants and fast food chains, including Burger King, Starbucks, Pizza Hut, Wendy’s, The Coffee Bean & Tea Leaf and Cinnabon. The airport features:

The McCarran International Airport is owned by Clark County. The operator of the airport is Clark County Department of Aviation. 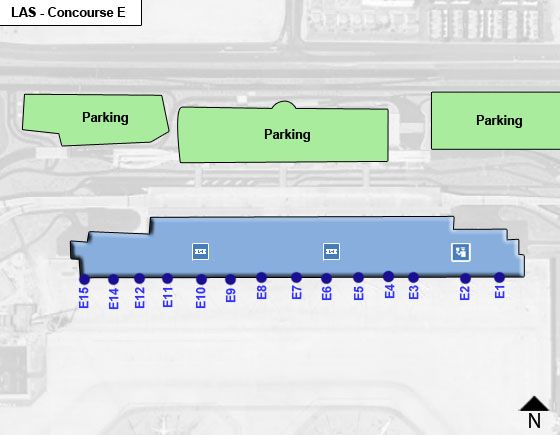 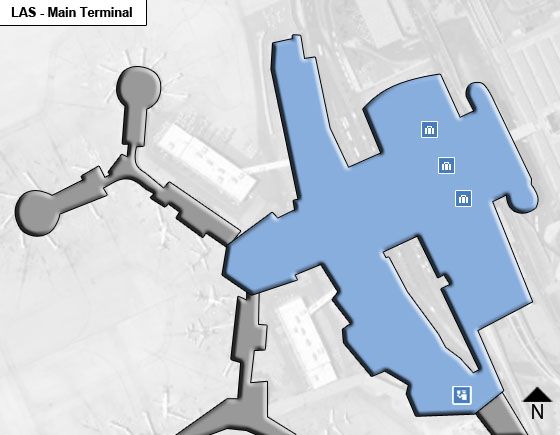 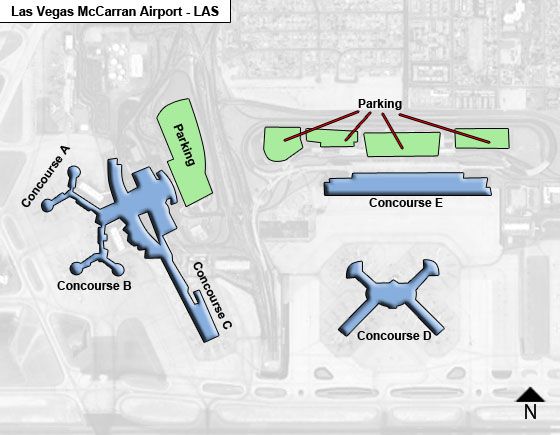 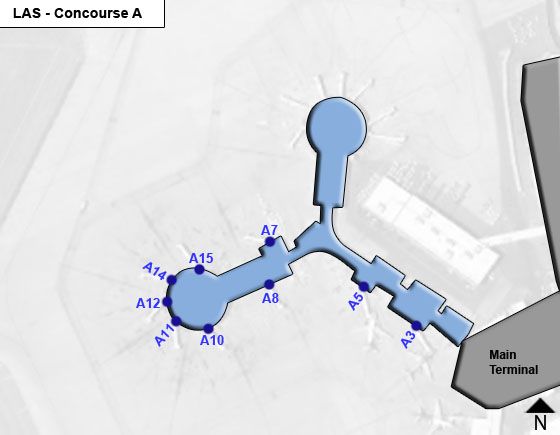 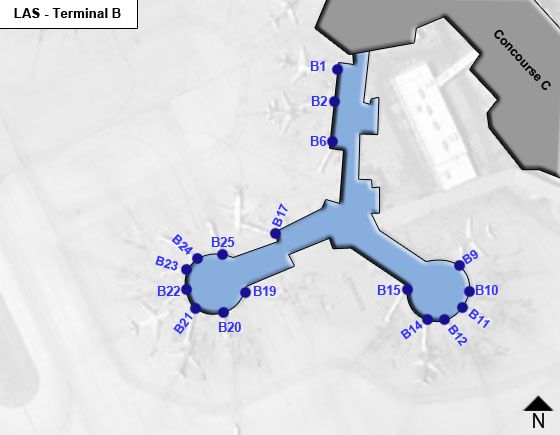 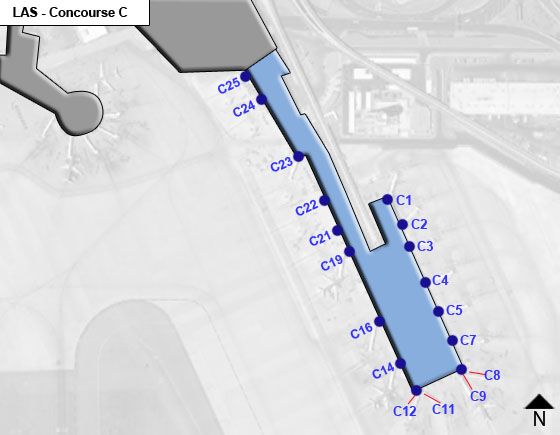 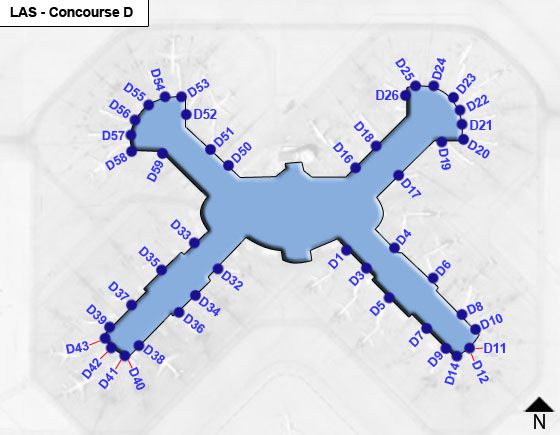 Yes. The airport’s official name is McCarran International Airport, but it is commonly known as LAS or Las Vegas airport.
The airport is 5 miles South of Downtown Las Vegas
The airport is the main hub of Allegiant Air.
Yes. There are plenty of places to sleep in Las Vegas airport. The airport has several spots where you can sleep. On Terminal 1, you can sleep in the hallway next to the Post Office on Floor 2. On Terminal 1 D gates, there are comfortable green couches behind the Starbucks where you can sleep. On Terminal 3, you can sleep on the armless benches near the stairs to the baggage claim area and near Gate E9. Check out some layover ideas to kill time at LAS.
In terms of cost, January is typically the cheapest month to fly into the McCarran Airport.
LAS offers several non-stop destinations. Check out our direct flights page to see where you can go!
LAS is one of the four major airports in Las Vegas. The other three airports are Henderson Executive Airport, North Las Vegas Airport and Jean Airport.