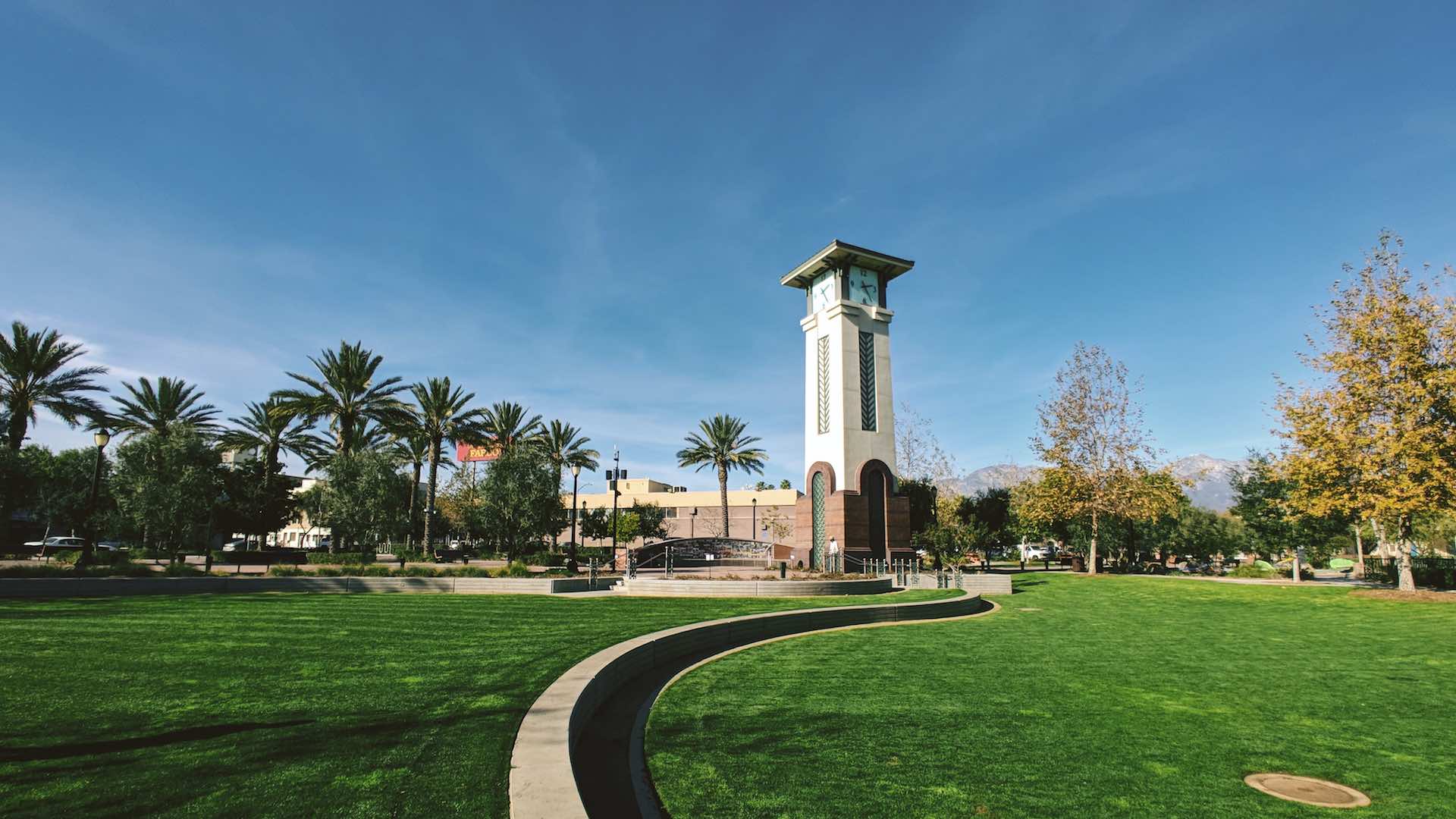 Ontario Airport is an international airport in Ontario, California, and is owned and operated by the Ontario International Airport Authority. ONT Airport serves California's San Bernardino & Riverside counties, as well as portions of north Orange and east Los Angeles counties

There are 2 terminals and a separate adjacent international arrivals facility at Ontario International Airport. Originally, the terminal numbering scheme was designed to accommodate future growth under a prior airport master plan.

For more information, and to see the terminal locations, please have a look at the ONT Terminal Map.

This terminal has gates 201-212. The baggage claim is located at the ground level, and it also has Lost & Found behind the information desk.

Terminal 4 has gates 401-414. The baggage claim on this terminal is also located at the ground level.

The International arrivals facility has 2 gates for arrivals only, and it has a U.S. Customs and Border Protection FIS/Federal Inspection Service.

There are many short-term & long-term, and other parking options at Ontario Airport.

They’re exactly in front of terminals 2 and 4, respectively.

In addition to the above, there’s also a premium parking option at the terminals.

This is in between Terminal 2 and 4, and is just a short walk distance from both the terminals.

ONT Airport also offers valet parking that is available right next to the terminal curbside.

Off-Airport parking is available in various parking lots near the Ontario Airport. Most of the off-site lots allow 24/7 access.

From rental cars to limos to buses, plus more, passengers have a variety of ground transportation options after arriving at the airport. Additionally, many passengers also opt for ride services such as Taxis, Uber, and Lyft.

The Rental Car Center is located at 3450 East Airport Drive, Ontario, CA 91761, near Haven Avenue. Alamo, Avis, Budget, Hertz, etc. are some of the well-known providers for rental cars.

Taxis are a convenient transportation option for both getting to and leaving Ontario Airport. Fares to various destinations are based on the taxi’s meter, and pricing depends on the length and timing of your ride. Also, many limousine operators provide transportation to and from ONT. The passengers can choose between the taxis and limos as per their convenience.

For visitors to have a great stay, Ontario Airport provides plenty of amenities and services including: 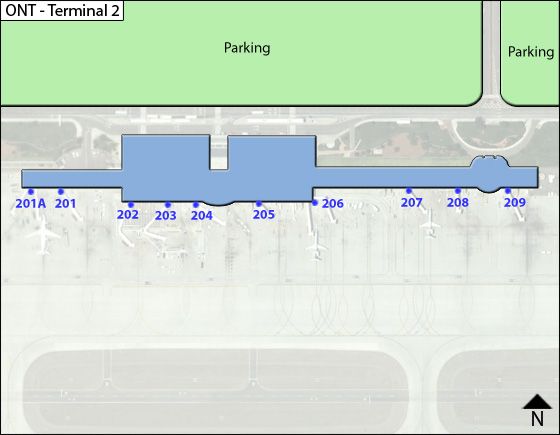 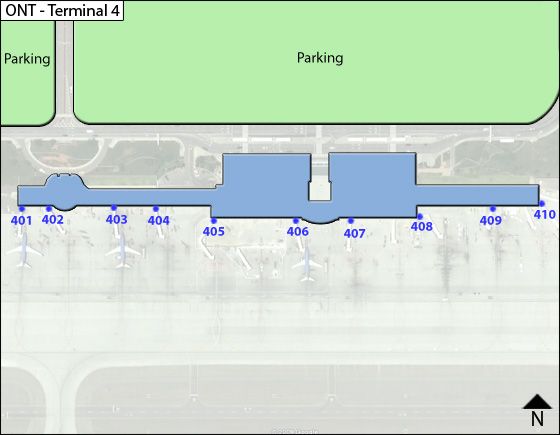 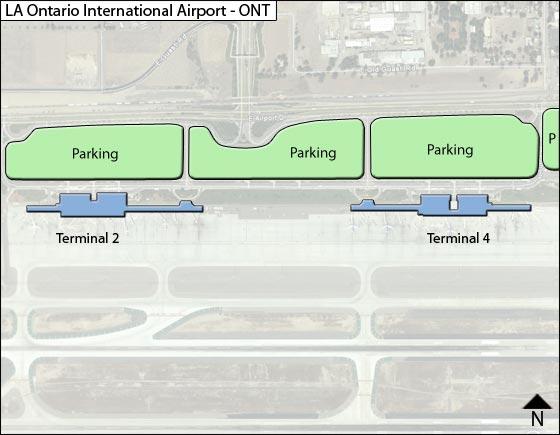 Does Southwest fly out of this airport?

Yes, Southwest Airline operates out of this airport.

Do I have to wear a mask?

No, as of 4/18/2022, the Federal Mask Mandate has been lifted and this airport does not require mask use.

Where does United fly out of?

United operates out of Terminal 2 at this airport.

Is there a Dunkin Donuts?

Yes, there is one Dunkin at the airport. You can find it at Terminal 4, Gate 407.

Where is the Dunkin Donuts?

Dunkin Donuts is located at Terminal 4, at Gate 407.

Do we have to remove toiletry bag and laptop from luggage?

Yes. Unless you have TSA PreCheck, you will have to remove liquids and electronics and put them in separate bins before going through security.

How early should I arrive for my flight?

TSA recommends arriving 2 hours prior to your flight. However, waits at this airport average under an hour

How do I check in?

Have a question about LA Ontario Airport?

Yes. While the official name is Ontario International Airport, it is also referred to by its IATA code ONT.
You can fly to many cities from ONT Airport. Please have a look at our direct flights page to see where you can fly.
The airport is about 38 miles (61 km) east of Downtown Los Angeles and 18 miles (29 km) west of Downtown San Bernardino.
Yes. To provide mothers with a private and secure area to pump or nurse, Ontario International Airport has nursing rooms located in Terminal 2 and Terminal 4.
The airport remains open 24 hours a day and passengers are permitted to sleep inside the airport, and they can also stay inside overnight. We also recommend these awesome ONT layover ideas.
Yes. Pet relief areas are located outside and inside the terminals. Outside pet relief areas are located at the far ends of the terminal buildings. Inside pet relief areas are located near gates 210 (Terminal 2) and 410 (Terminal 4).