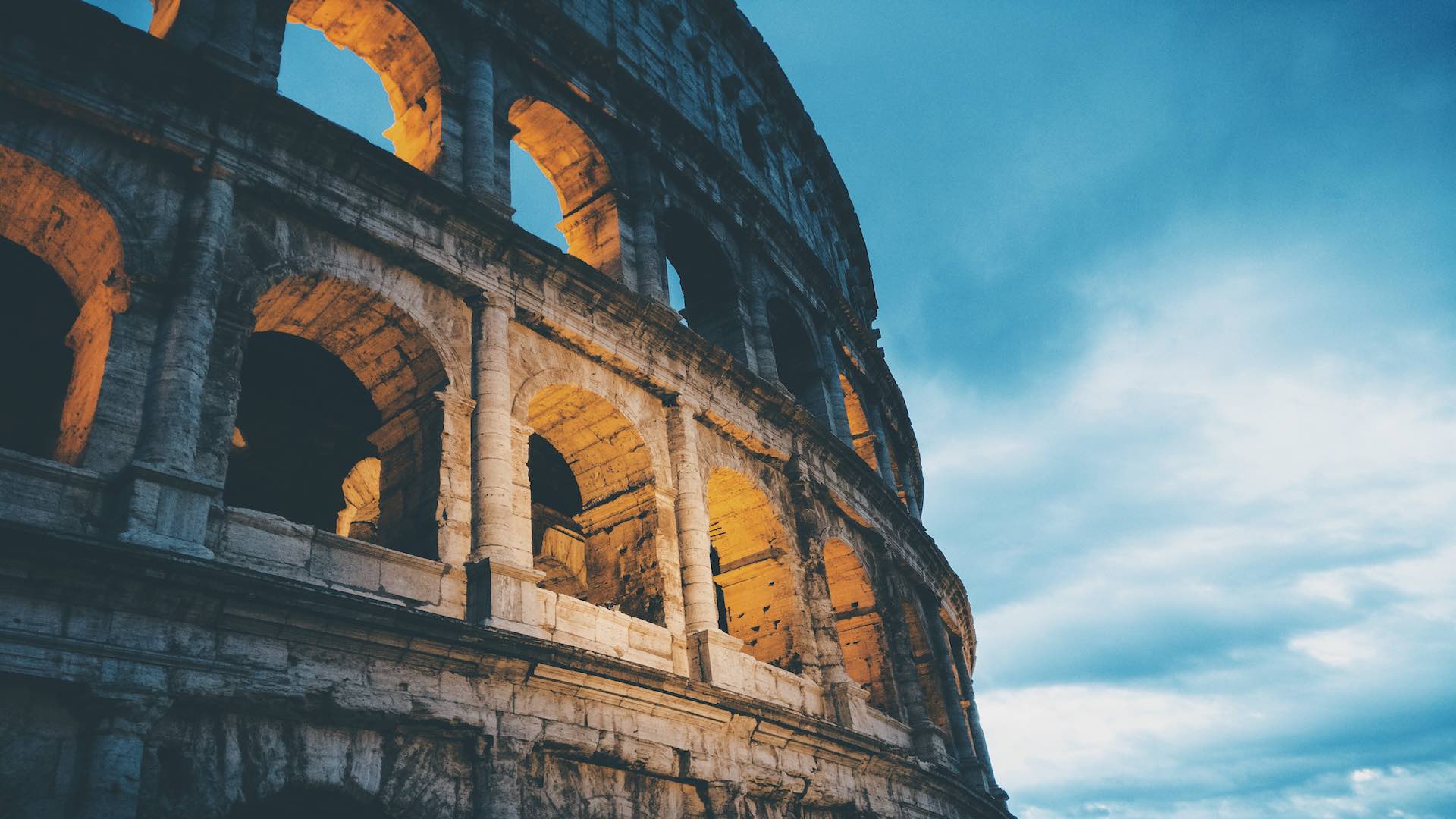 FCO airport is operated by Aeroporti di Roma. It is about 35 km (22 mi) by car from Rome's historic city centre, and covers an area of 16 km sq. 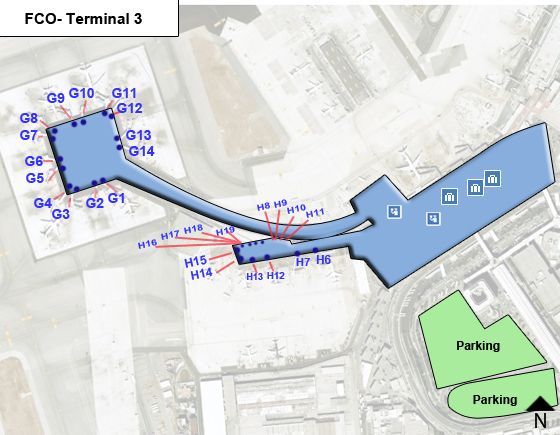 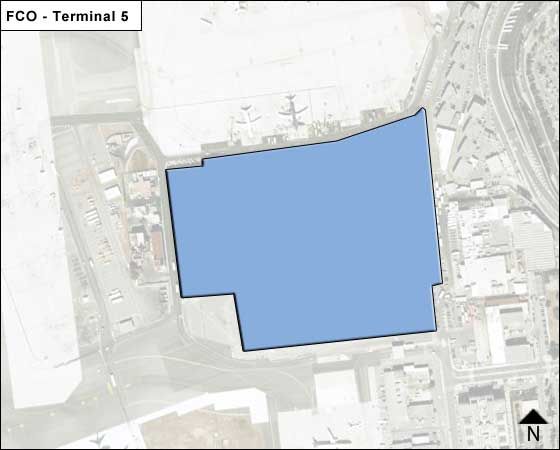 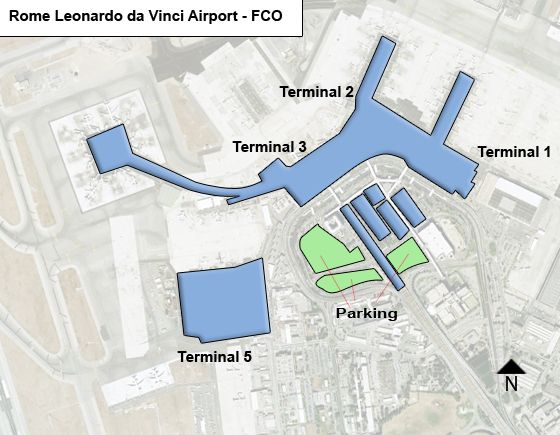 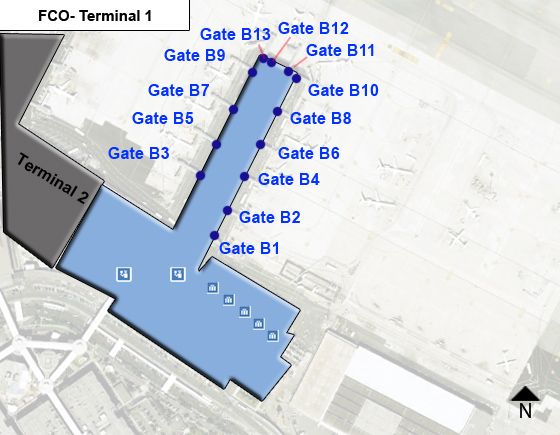 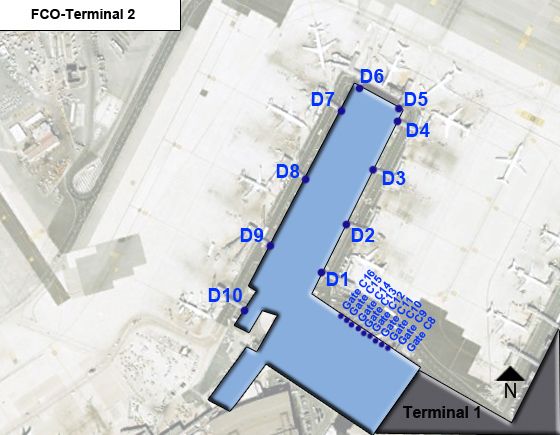 Terminal 1 has Gates B1-B30, and is used by Alitalia and other SkyTeam airlines.

Terminal 5 is currently under refurbishment.

The various airlines served at Rome-Fiumicino Airport include Alitalia, Ryanair, Air Canada, Eurowings, and many more.

This area can be reached directly from the Roma-Fiumicino (A91) highway, and is just a 10 minute shuttle ride to the airport Terminals.

It is a short distance from the Departures and Arrivals area and has covered access to the Terminals. Drivers can also find the Automatic Parking Meters along the corresponding sidewalks.

Passengers have plenty of options for ground transportation after arriving at Rome-Fiumicino Airport. From rental cars to public transportation to taxis, and more, they can choose according to their requirements and comfort.

Car rental desks are located in Office Tower 2, they are easily reachable via the pedestrian tunnels which connect the Terminal buildings to the Multilevel Parking structure.

Taxi service is available at Terminal 1 and Terminal 3 Arrival areas. Authorized Taxi vehicles are white with a “TAXI” sign on the roof. The symbol of the Municipality of reference is fixed to the front doors and the licence number is on the doors, on the back and inside the vehicle.

The scheduled bus stops for COTRAL are opposite Terminal 2, Arrivals. To reach them follow the “Regional Bus Station” signs.

For visitors to have an amazing stay, Rome-Fiumicino Airport provides plenty of amenities and services including:

The porter service, luggage transportation for a fee, can be requested at the ADR information desks and through the interactive stations, or can be booked by email or fax.
At check-in a ticket and a valid document – passport or identity card – must be shown to the handling company or airline staff. In addition, you should check that the country you are travelling to does not require any vaccinations or a visa.
A free shuttle bus service operates all year, connecting the airport, the car parks and the Cargo City approximately every 15 minutes (from 1 am to 4 am only if called from the intercoms installed at the stops).