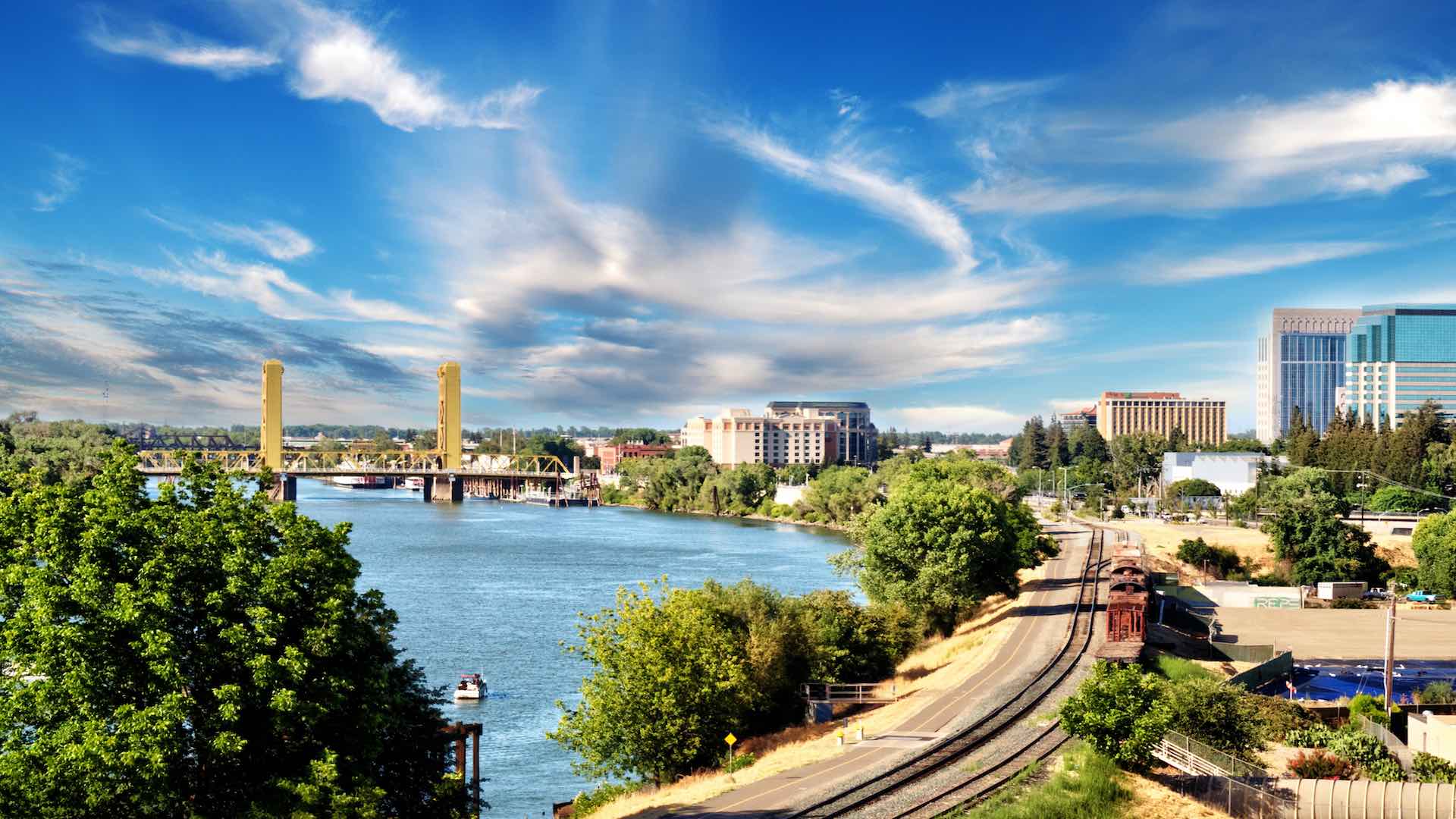 Sacramento International Airport is a public Airport in the United States. It is run by the Sacramento County Airport System, and serves California's capital city of Sacramento and its Central Valley and is situated directly between San Francisco and Lake Tahoe (90 miles each), and 50 miles from Napa.

Sacramento International Airport has two terminals - Terminal A and Terminal B, with 32 gates, 19 in terminal B and 13 in terminal A.

Opened in 1988, Air Canada, American, Delta, and United operate out of the thirteen gates in Terminal A.

Terminal B was built in 1967 as the main terminal building for the new Sacramento Metropolitan Airport. Dreyfuss + Blackford, the original architects, also designed a renovation and expansion completed in 1999.

View the full list of airlines served at SMF here.

The Hourly Parking Lot is closest to Terminal B. It is designed for short stays.

It is the covered parking for Terminals A & B is available in the garage.

To travel from SMF Airport, passengers have a variety of options including public and private for ground transportation after arriving at the airport.

All rental car companies at Sacramento Airport are located at the rental car terminal on airport property. The on-airport rental car shuttle arrives at designated stops on ground level curbs outside both terminals approximately every 10 minutes.

On-demand taxi service is provided by the Sacramento Independent Taxi Owners Association (SITOA) by contract. This contract ensures the availability of cars and the quality of equipment and service provided.

SacRT's Route 142 runs an express bus service from the airport to downtown Sacramento. The airport express shuttle bus runs every 20/30 minutes, 7 days a week combined with Yolobus Routes 42A and 42B.

Sacramento International Airport provides plenty of amenities and services for visitors to have a great time at the airport. 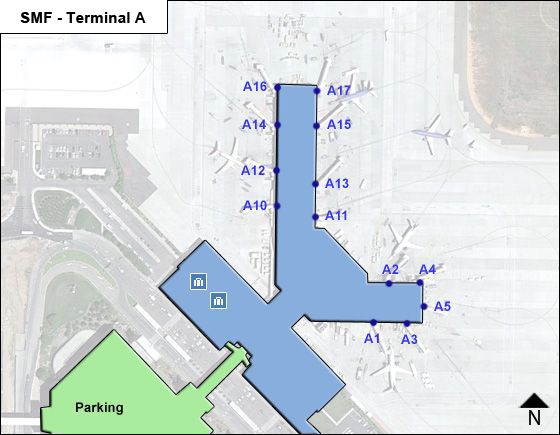 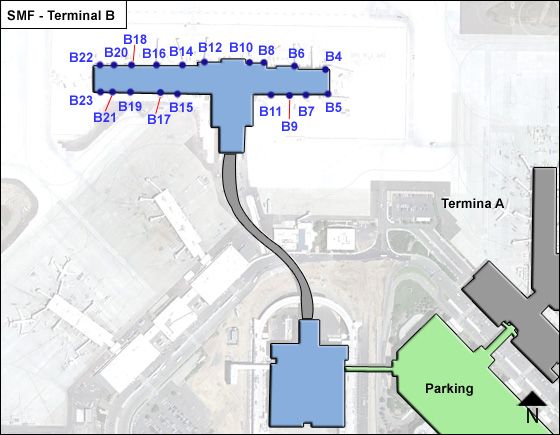 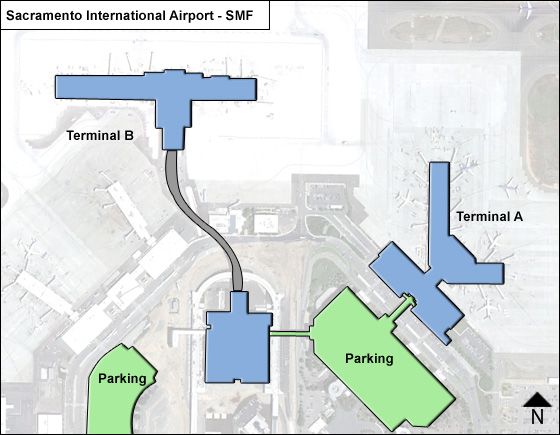 Is there a shuttle available at the economy parking to get to the terminal?

The airport provides s free 24 hour daily shuttle service at both terminals to and from the rental car terminal, the Daily Lot and the Economy Lot.

Are there areas in terminal B where carry-on dogs can use to relieve themselves (toilet)?

Yes! The Terminal B pet relief area is located in the grass patio area on the south end of the terminal. This is on the first level, outside baggage claim.

Where is long term parking?

For long term parking, you would park in the Parking Garage - Terminals A & B. Just follow signs when you arrive at the airport.

To arrive at Sacramento Airport, 3 day daily parking, shuttle to terminal A, and getting through united check-in, how much time should we allow for?

The airport recommends you arrive two hours prior to departure. This does not include parking, so to be safe we'd recommend 2.5 hours.

Are there coffee shops before the security check in the airport?

What time does the car rental shuttle stop running?

Does southwest have curbside check in available?

No, curbside check-in is not available for Southwest for this airport.

Where is the free waiting parking lot?

The Free Waiting Area at SMF is by the Interstate 5 entrance/exit, which gives you access to both terminals. Please note that there's a three-hour limit and you cannot leave your vehicle.

Is there a shuttle to downtown?

Shuttles from the airport are only available for disabled travelers. SacRT's Route 142, a public transportation bus, runs an express service from the airport to downtown Sacramento. The airport express shuttle bus runs every 20/30 minutes, 7 days a week combined with Yolobus Routes 42A and 42B

We are flying in approximately 2 weeks on Delta at 6:00 am, what time does the ticketing widows open?

The airport itself operates 24 hours. However, you should contact Delta themselves to see, since they operate the ticket counters and times can change. Good luck!

Have a question about Sacramento Airport?