81 °F / 27 °C 5:50 AM
iFly.com
Bali Ngurah Rai International Airport DPS, also known as Denpasar Airport, is Indonesia's third-busiest international airport. Bali is the closest island to the east of Java and is a popular tourist destination offering a rich cultural experience, tropical beauty and a solid tourist infrastructure. It is famous for its ethnic artworks, its local theatrical dance performances, and its main tourist areas, which include Kuta, Sanur, Jimbaran, Seminyak and Nusa Dua.
Bali Airport is located in Tuban on the small Indonesian island of Bali, between Kuta & Jimbaran, and is 13 km south of the city of Denpasar.
In April 2016 AC voted Ngurah Rai Airport as being 'the most improved Airport in 2015', as well as being number 3 for 'best services in the world' (among airports of its size).

With a long runway and 20 million passengers in 2016, Bali Ngurah Rai Airport is hub to Garuda Indonesia, Indonesia AirAsia & Merpati Nusartara airlines, and is served by a host of major and low-cost international airlines, as well as tourist charters; it also serves as transfer airport to Malaysian and Indonesian travelers on their way to Australia and other points of the globe.  (Travelers from Los Angeles can take Singapore Airlines to Singapore & transfer on Garuda Indonesia airline to Bali - a trip of  21.5 hours; travelers from Europe also need to transfer in Singapore.)

NOTE:  Expect hightened 'yellow level' security at the airport and go through a thermal scanner intended to spot the Zika virus.

On-Airport hotels:
- New Novotel hotel has direct access to the Departures Hall.
- Holiday Inn Resort Balihai is in close vicinity of the Airport terminals and offers among its services conference and business-related facilities.
- New 'Hilton Garden Inn Bali' Hotel is only 500 meters from the Airport.

Bali Ngurah Rai International has an International & a Domestic Terminal.  For Terminal details at this site open ‘Terminal Map’ and scroll down to the text;  for ground transportation open: ‘Ground Transportation /Buses & Trains.

Present and future Airport developments: Due to the rapit growth of the Ngurah Rai Airport, plans for a new large-scale airport in North Bali is to be built, along with a runway able to handle large aircraft 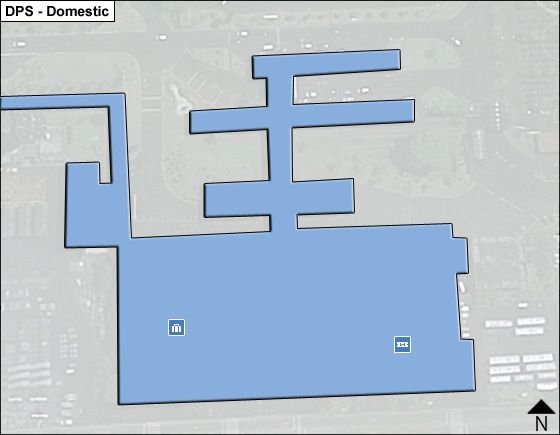 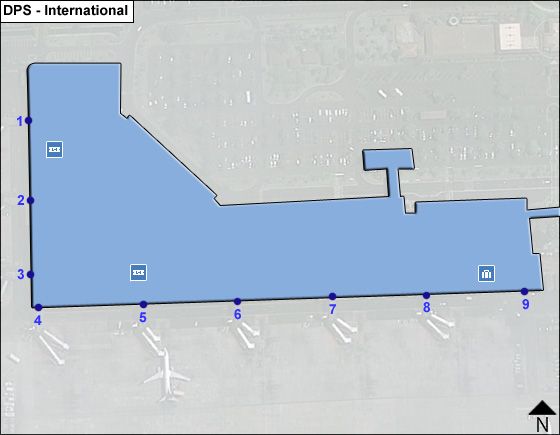 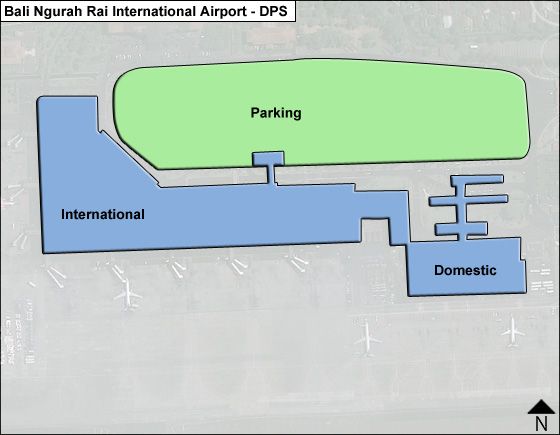