The terminal building structure at the BHX Airport is a two-story building which is divided into two check-in areas - South Terminal 1 and North Terminal 2, and are connected by the Millennium Link.

The first level houses the security checkpoint areas which split into the two check-in areas:

There is also the Aspire Airline lounge on this side.

The North Terminal houses Departure Gates 40-54 at one end and Gates 55-68 on the other end. It is also known as Eurohub. In the terminal, security areas and lounges located on the first floor.

There are four lounges inside this terminal: Aspire Lounge, No1 Lounge, Emirates Lounge, and Clubrooms.

There are many options for shopping and dining around BHX airport. Some notable shops and restaurants include Boots, Game Deck, and All Bar One in the pre-departure facilities, as well as Pocket Shop, Best of the Best, and Boots in the departure lounge facilities. 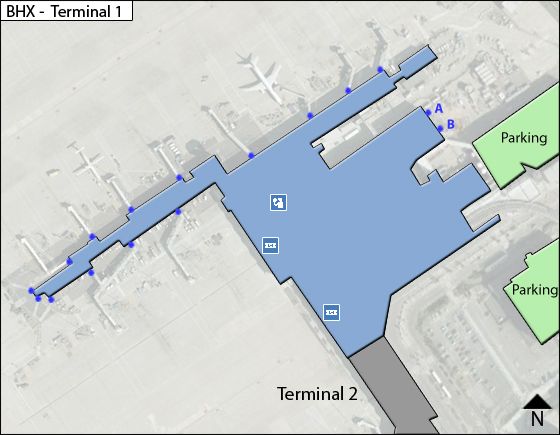 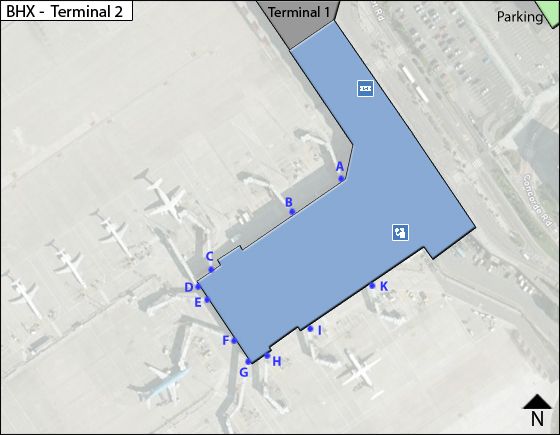 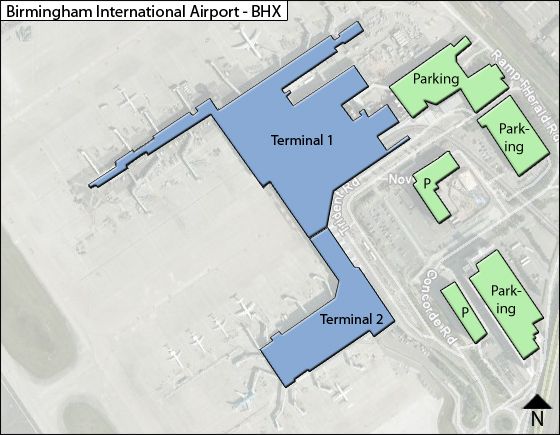