iFly.com
Christchurch International Airport CHC is New Zealand's second-largest airport and has recently received from Skytrax a number 2 ranking  for Staff Excellence and number 3 for Best Regional Airport within the Australia/Pacific reagion. It  is also gateway to the Antarctic and to New Zealand's spectacularly beautiful South Island.  Its exceptional passenger care has not gone unnoticed - evidenced by the ever increasing passengers, particularly those from China.

Tourists will find that South Islands has everything to offer for either the adventurous or the quiet nature seekers, offering Jet boating in the Canterbury and Otago rivers, white water rafting, bungy jumping, back-country safary on a 4WD, mountain and coastal biking, helicopter-skiing or cave exploring, as well as hiking, biking, skiing, golfing, swimming - you name it - it has it! (The Tavel & Information Center can be reached at +64 (3) 353-7774.)

CHC Airport is located in the suburb of Harewood, 12 km northwest of the city center of Christchurch, accessible via Highway 1 and situated on the east coast, at Pegasus Bay.

With an expected 6.6M passenger count ending fiscal year ending July 2017, and  two runways, Christchurch International is hub to Pacific Blue airline and is served by a number of domestic and international airlines offering direct and connecting flights to all points of the globe.
China Southern Airlines' partnership with CHC Airport is boosting passenger count at the Airport and tourism at the South Island.

On-Airport hotels:
- The Sudima Hotel has recently completed its upgrade work.
- The  'Courier Post' (a 240-bed JUCY Snooze pod hostel) opened in October 2016 inside the terminal..
- Novotel is building a 200-room, 4.5-star hotel under construction, is scheduled to open late 2017.

Christchurch International Airport has a new integrated passenger terminal.  For Terminal details at this site open ‘Terminal Map’ and scroll down to the text;  for ground transportation open: ‘Ground Transportation /Buses & Trains.

Present and future Airport developments: Recently it completed 'Spitfire Square' (a convenience retail complex); and opened 'Mustang Park' (a tourist transportation hub) - while, and the new Novotel will open late 2017. 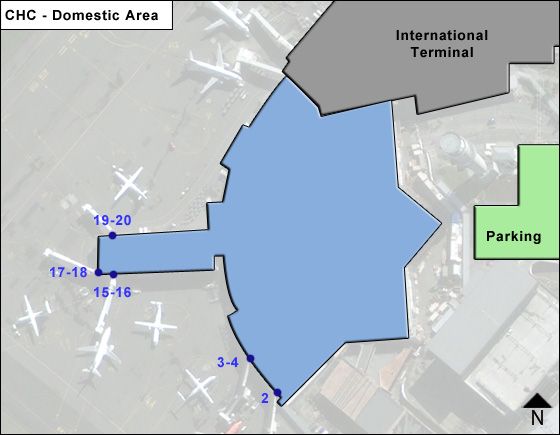 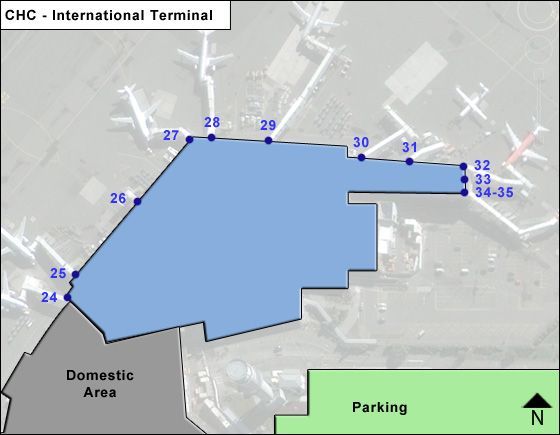 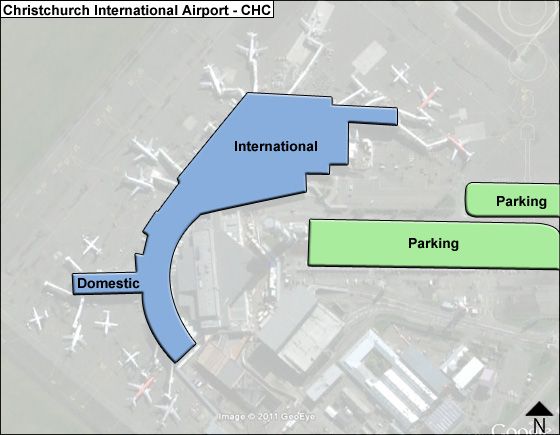