Colorado Springs Airport has a main terminal with two concourses and 18 gates.

For more information, please refer to the COS Terminal Map here.

View the full list of airlines served at COS here.

The airport has 5400 parking spaces for short-term and long-term parking.

Short- term Parking is one of the most convenient parking options at COS Airport. It is the closest parking to the terminal. The first ten minutes are free of cost.

$8 is the daily maximum

Another comfortable option to park at Colorado Springs Airport is the Long Term. The first ten minutes are free of cost.

$6 is the daily maximum

A chauffeur will greet drivers at a designated collection area near the airport entrance, store their car in a secure compound, and then meet the passenger upon their return.

$14 is the daily maximum

When it comes to getting to or from the COS Airport, there are a variety of alternatives. Taxis, limos, public trains or buses, shared-ride vans, and the self-reliable option of driving and parking are all options.

The rental car agencies maintain an office in the baggage claim area of the Colorado Springs Airport. Avis, Alamo, Hertz, Enterprise are some of the well-known providers for rental cars.

Taxis are located directly outside the front of the terminal building. The official provider for the airport is The Yellow Cab Taxis.

For those who wish to travel in style, there are various limousine services that run from the airport to all parts of the city, and you may reserve a vehicle by contacting ahead.

The bus Colorado Tour Lines, Gray Line Tours, and Ramblin Express are the three local bus and shuttle services that go to and from Colorado. They are located near the baggage claim area in the passenger terminal.

To help you have an amazing stay, Colorado Springs Airport provides visitors with different amenities and services including: 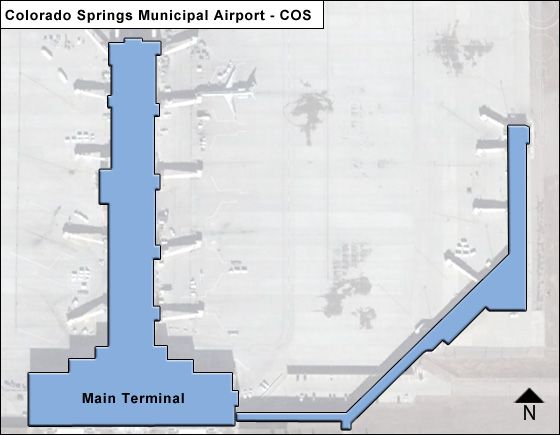 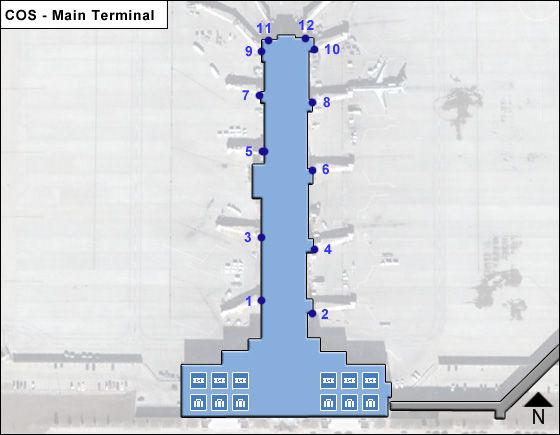 Carry-on baggage is a small bag that you can carry along with you in the airplane cabin. Most airlines allow one piece of carry-on hand or cabin baggage that can fit accurately in the overhead compartment of the plane. Along with that, you can carry a laptop bag, purse, diaper bag with you.
Proceed to your gate's boarding area once you've passed through the airport's security checkpoint. As you go, keep an eye out for departure monitors to get the most up-to-date information on your flight's status and gate. Typically, boarding begins around 30 minutes before the scheduled departure time. Take a look at your boarding pass. The majority of airlines board passengers in zones or rows. You will pass by a gate agent for an airline. Embark the plane, find your seat, and keep in mind that if you put anything too large beneath the seat in front of you, the flight attendant may ask you to put it in the overhead bin.
Look for the airline baggage office, which is generally directly next to baggage claim, and get ready to fill out paperwork. The helpdesk will usually advise you when your suitcase will arrive and give transportation for your bag to your home or hotel.