EZE Airport is located in the City of Ezeiza, in the Province of Buenos Aires, and is 22 km southwest of the capital city of Buenos Aires, accessible via motorway AU1 (25 de Mayo - also known the Ricchieri Highway).
With two long runways and 9.8 million passengers in 2016, Buenos Aires Ezeiza Airport is hub to Aerolineas Argentinas, LAN Argentina & SkyTeam members, and is also served by many international airlines offering direct and connecting flights to all points of the globe.

NOTE:
- For international departures you are requested to arrive at the Airport 3 hours prior to scheduled flight.
- The new Holiday Inn Buenos Aires-Ezeiza Airport hotel (tel. 1 888 465 4329) - though not officially on-airport ground - is the closest hotel, situated at  major highways, and offering many services aimed at the business traveler.
- Travelers heading to Patagonia: US News & World Report suggested to use Buenos Aires Ezeiza and from there take a 'hopper flight' to your specific Patagonia city.

The Integrated Main Terminal at Ezeisa Airport is divided into 'Terminals' A, B & C.  For Terminal details at this site open ‘Terminal Map’ and scroll down to the text;  for ground transportation open: ‘Ground Transportation /Buses & Trains.
(The new terminal for smaller aircraft has separate access from Avenida Teniente Gen. Morillas (the Chivatos Industrial Sector). 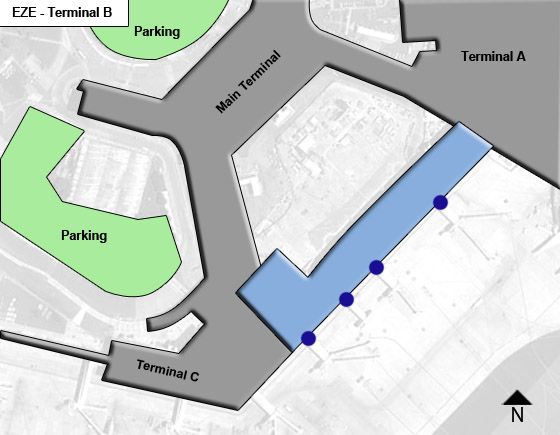 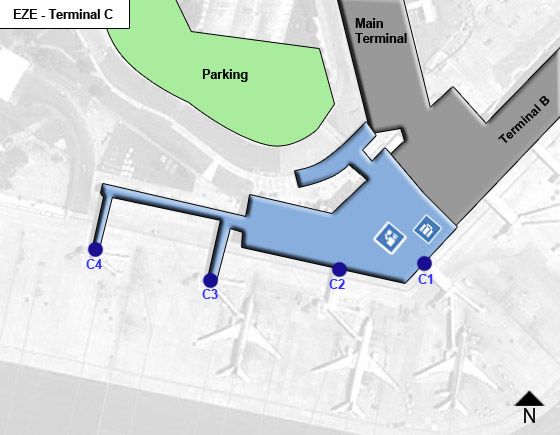 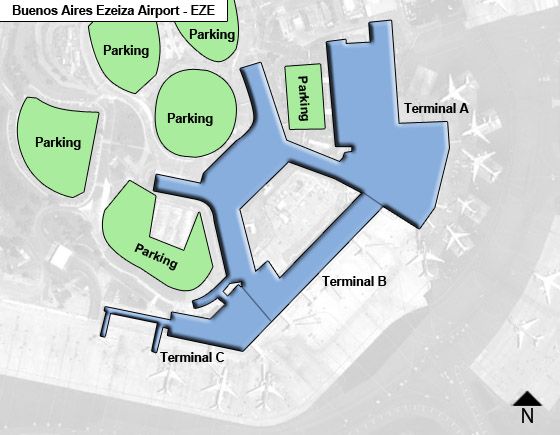 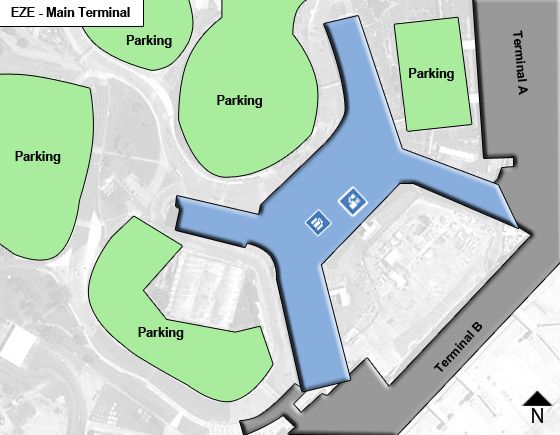 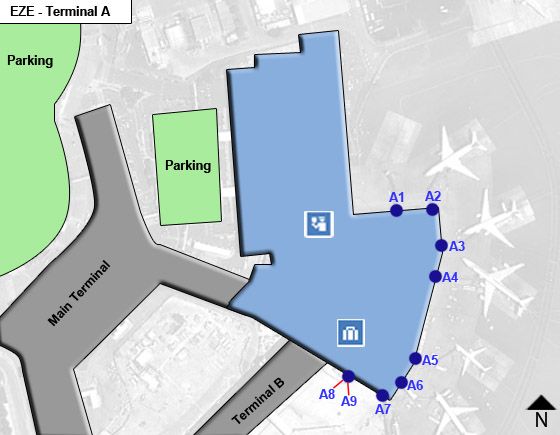