ABE is 3 miles (5 km) northeast of Allentown, and two miles (3.2 km) northwest of Bethlehem, in the Lehigh Valley area. It is the fourth busiest airport in the state, after Philadelphia, Pittsburgh, and Harrisburg.

View the full list of airlines served at ABE here.

Car Rentals are easily available at ABE Airport. There are many car rental agencies onsite at the airport. Some of the well-known providers include Enterprise, Hertz, National, and more. They offer the passengers a great variety of vehicles to choose from.

For all the major nearby locations, public transportation is one of the most economical options and is easily available outside the airport.

Airport Shuttles are a wonderful way to travel from Lehigh ABE Airport. You can get a ride to almost any nearby location with the availability of various shuttle services.

To help you have an amazing stay, Lehigh Valley International provides visitors with different amenities and services including: 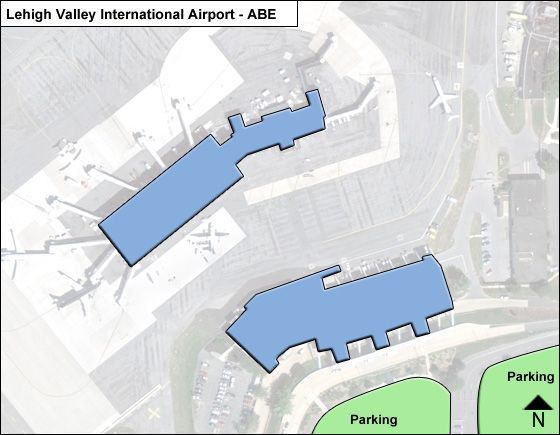 Have a question about Lehigh Valley Airport?