iFly.com
Malaga Airport AGP, or Pablo Picasso Airport, is the international Airport for Andalucia, Spain, and is gateway to the famous Costa del Sol.  It serves the City of Malaga - described by Nobel Prize winner Vicente Aleixandre as being the 'Ciudad del paraiso' (or Paradise City) - located a short drive from the coast.

AGP Airport is located 8 km southwest of the city of  Malaga, and 5 km north of Torremolinos.  Regional highway MA 22 (the Atovia del Meditrraneo) is very close-by, whcih leads to the A7, AP7 (Autopista del Sol) and E-15 motorways - with easy acces to popular resorts.

With two long runways and about  14M million passengers per year, Malaga Airport is hub for low-cost airlines Ryanair and Vueling, and is served by national, international, regular and low-fare airlines, offering  flight connections to a multitude of countries with connections around the world.  Many travelers on their way to Gibraltar bypass Gibraltar Airport in favor of Malaga Airport as it hosts more airlines. 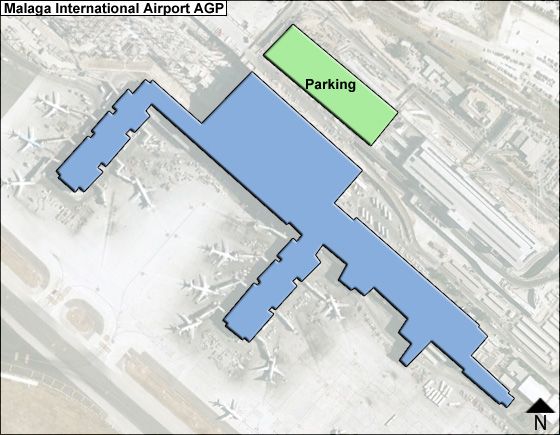