76 °F / 24 °C 9:18 AM
iFly.com
Manchester Boston Regional Airport MHT serves the city of Manchester in the State of New Hampshire.  As it is less than an hour’s drive from Boston and from many of the region’s popular tourist destinations, it is a convenient alternative to busy Logan International Airport. The worldwide travel trade webside TravelPulse named Manchester Boston Regional as being 'Best Midsize Airport in the Country'.

With 2.0 million passengers in 2016,  Manchester Regional Airport is served by major airlines offering nonstop flights primarily to destinations east of the Mississippi River, and to Toronto, Canada. The presence of low-fare airline Southwest helps keep air fares at reasonable levels. 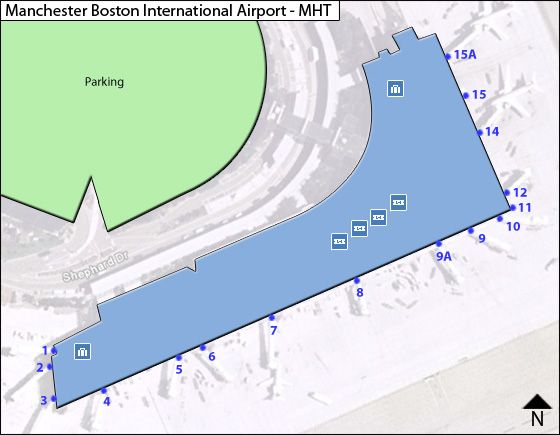