61 °F / 16 °C 6:56 PM
iFly.com
Sao Paulo Guarulhos International Airport GRU -  now marketing itself as 'GRU Airport" (and formerly known as 'Cumbica' Airport) - is Brazil's primary airport - and the busiest in Latin America, operated by private consortium Invepar/ACSA, which manages all of the three major airports serving the greater Sao Paulo metropolitan area, including Congonhas CGH, 8 km from city center, and the Viracopos Campinas VCP, 99 km from the city.  In 2016 Guarulhos Airpiort was voted as being the 'World's Second Most Punctual Airport', and 'The Country's Best Airport'.

GRU Airport can be reached directly from Rod Helio Schmidt Highway and is located in the district of Cumbica, city of Guarulhos, in the  greater metropolitan area of the City of Sao Paulo - 25 km northeast of of its city center. The Tropic of Capricorn passes directly through the southern tip of the Airport. Guarulhos Airport is accessible by both the Presidente Dutra and the Ayrton Senna motorways, which connect directly to the Rodovia Helio Smidt (SP-019) acccess road into the Airport.

With two long runways and about 38 million passenges in 2016,  Sao Paul Guarulhos International is served by major domestic and international airlines offering direct and connecting flights to all points of the globe.

NOTE:
- GRU utilizes the 'Mobile Apps Scan and Go' - upload your your boarding pass onto your I-phone, then simply scan it there.
- International departures have their busiest departure hours in the evening (arrive three hours ahead of scheduled flight), while international arrivals have their busiest hours in the morning (making the immigration lines particularly slow-moving).
- CPTM Train Company  announced in July 2017 to launch by 'first half of 2018' its 12.2 km Line 13 (Jade Line)  train service between City Center, the Airport and the Guarulhos region. Line 13 is to operate 4am through midnight, using a fleet of eight 8-car trains with baggge compartments. The fare will be Reais 3.80 /US$ 1.21. 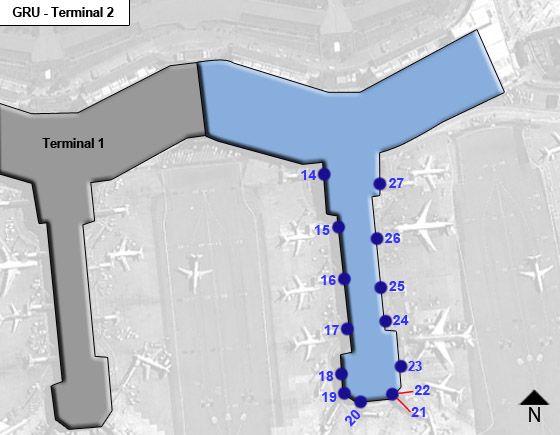 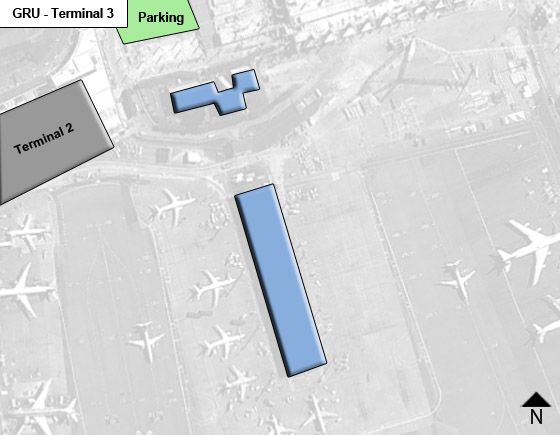 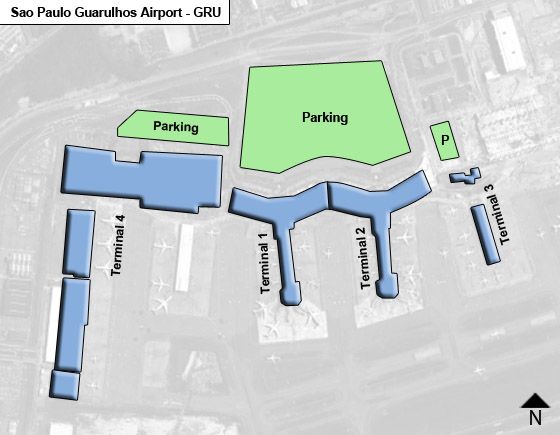 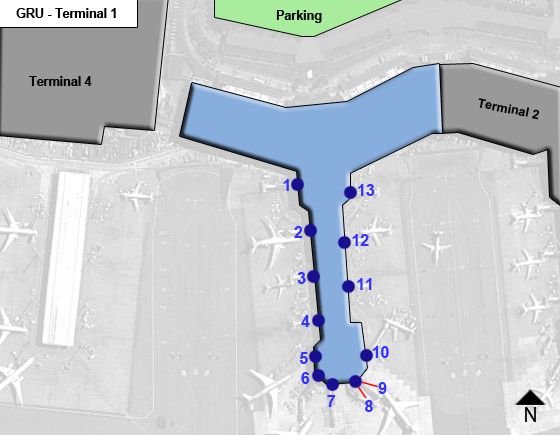