iFly.com
Stockholm Arlanda Airport ARN serves Sweden's Province of Uppland, and the greater area of the City of Stockholm.  It is Sweden's (and Scandinavia's) largest airport, as well as the largest one among the four airports serving the greater Stockholm area (the others being Bromma, Skavsta & Vasteras).   Arlanda is operated by Swedavia.

ARN Airport is is located in the municipality of Sigtuna, near the town of Marsta - 37 km north of the capital city of Stockholm. Its access road is the Arlandavagen running into Highway 273, which connects at the next junction by a road west to E4 north; 273 continues south with connections to E4 north & south, and thereafter merges into Highway 263.

With 3 long runways a 24.7 million passengers in 2016, Arlanda Airport is served by a host of national and international, regular & low-cost airlines, offering direct or connecting flights to all points of the globe.  Seasonal charters also operate at the Airport.
Starting March  2016, SAS will offer non-stop service to Los Angles LAX.

NOTE:  Stockholm Arlanda Airport now has U.S. pre-clearance:   U.S.-bound passengers (including green-card holders) & Canadian passport holders, and those of Visa-waiver countries) may now use one of the self-service APC kiosks at the U.S. Customs /Nassau Preclearance area (instead of the old customs declaration form) for expedited entry process by following  on-screen instruction; after completion, collect receipt & proceed to a USCBP officer completing the process. Persons living at the same address may use the same kiosk.

Check-in news:
- Passengers using the train from Uppsala & Gavle to the Airport can now check in at their Central Train stations.
- Charter passengers can check in at Arlanda Airport's long-term parking facilities.
- New Baggage check-in:  After printout of the baggage tag at any of the automated check-in machines (at Airport & regional train stations) - drop your baggage off at the Self-Service Bag Drop counter, where you can scan the bar code on the baggage tag & follow instructions on the touch-screen. (Note that all Svedavia-operated airports will get this new technology.)

Present and future Airport Developments: The Airport's current expansion project aims to accommodate 40M passengers by 2040. Up to 2023 the following projects are to be completed:
- Parking capacity at Terminal 5 (Parking deck).
- Old T5 and new pier: Adapting T5 with expanded security areas and new commercial areas; new  pier at T5, phase 1 is to start in 2018.
- New baggage handling capacity (Baggage capacity, phase 2).
- Upgradinge security capacity at T4.
- New multi-level parking facility at T5, phase 1.
- After completion of the expansion & renovation project, there is to be a North Terminal with Piers D, E & F and a South Terminal with Piers A, B & D - joined together by the 'SkyCity'.
- In the long-term, a new and exclusive shopping 'thoroughfare' is being built - adding well-known brands. 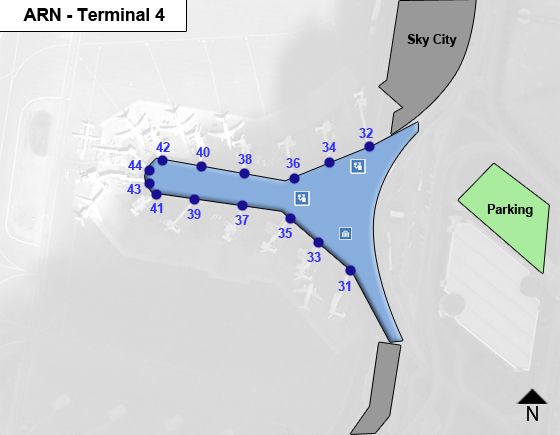 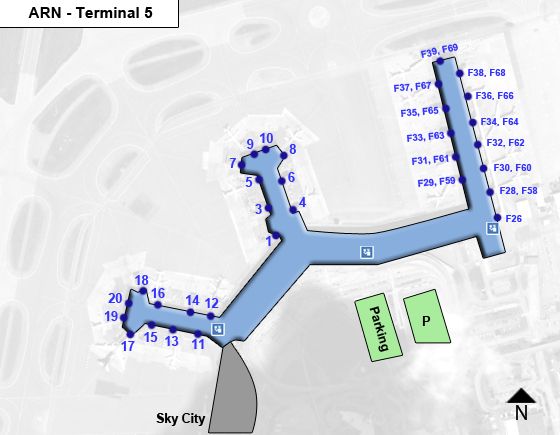 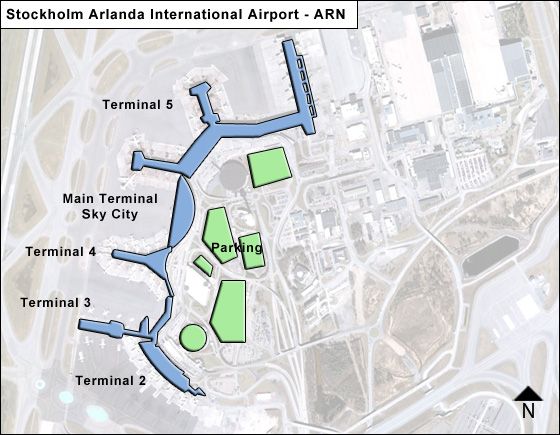 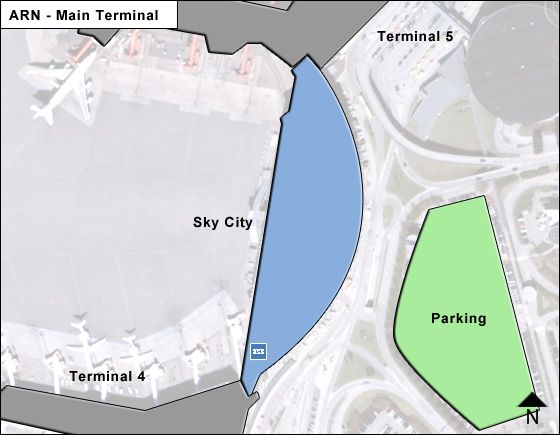 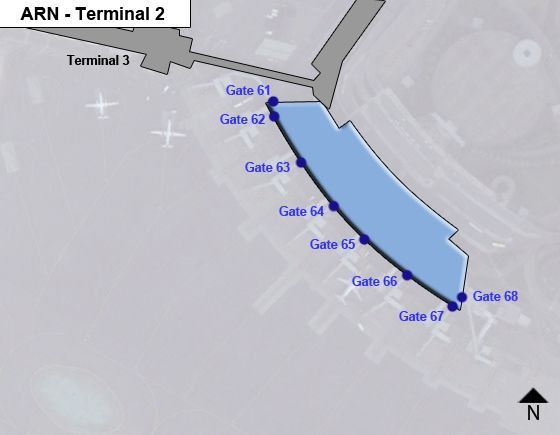 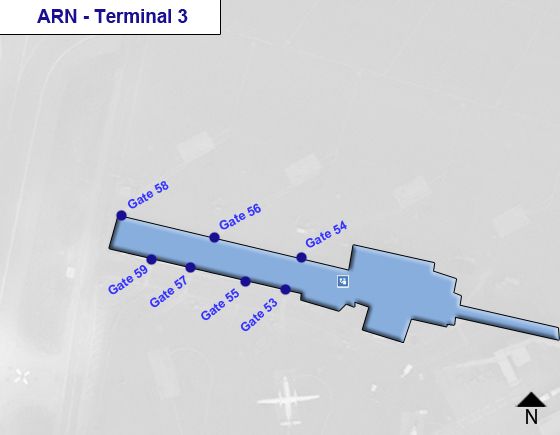