Terminal 2 has the following levels:

The Check-in area on level 5 houses airline ticket desk 13–14 and 16–17; Travelex currency exchange, Information desks, and Repack areas alongside the entrance. There are premium check-in 5, 7, and 11 across the entrance, along with Postbox, Trolleys, and areas for Outsize Baggage 6 and 10. You can also find male/female accessible toilets and payphones. The security checkpoint leads to the departures area.

The Arrivals area on the ground level houses ground transportation options, a bus stop, a help point, a smoking area, and a taxi stand.

Terminal 5 has the following levels:

The Departures Level 2 houses Gates A1–A23, Gates B32–B48, and Gates C52–C66. Each has its own but similar facilities and separate airline lounges.

There are many options for shopping and dining around LHR airport. Some notable shops and restaurants include Caffè Nero, Boss, and Harrods in Terminal 2, and Accessorize, Armani Collezioni, and Caviar House & Prunier Seafood Bar in Terminal 5 level 5.

There are several airline lounges at LHR airport.

Lounge A1 Lufthansa Senator lounge, Lounge A2 Aer Lingus Gold Circle lounge, and Lounge A3 Plaza Premium lounge, is found in the post-security area in Terminal 2.

In the check-in area on level 3, there is the British Airways Sky Flyers Solo lounge.

There are also four relaxation lounges at LHR airport. The Club Aspire Lounges, Plaza Premium Lounge, Be Relax Lounge and Spa, and No1 Lounges. Each of these comes with a range of services and amenities as well as a variety of options for snacks and beverages, adding to the comfort of the traveling passengers. 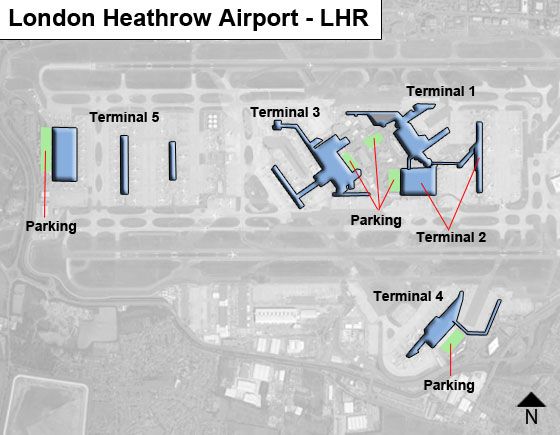 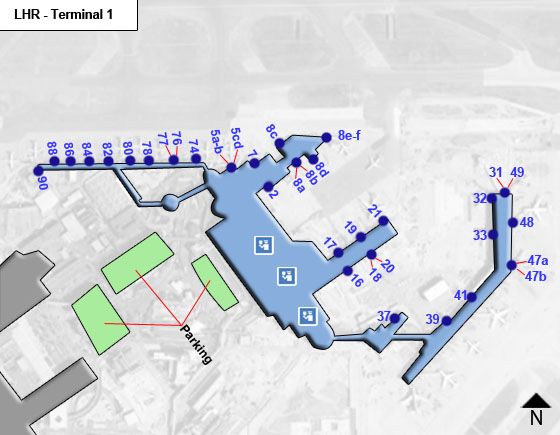 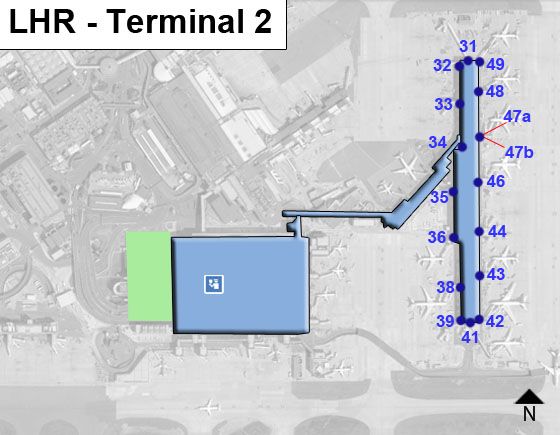 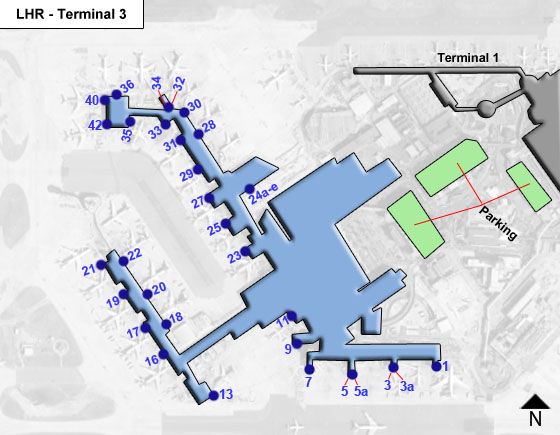 Have a question about London Heathrow Airport?