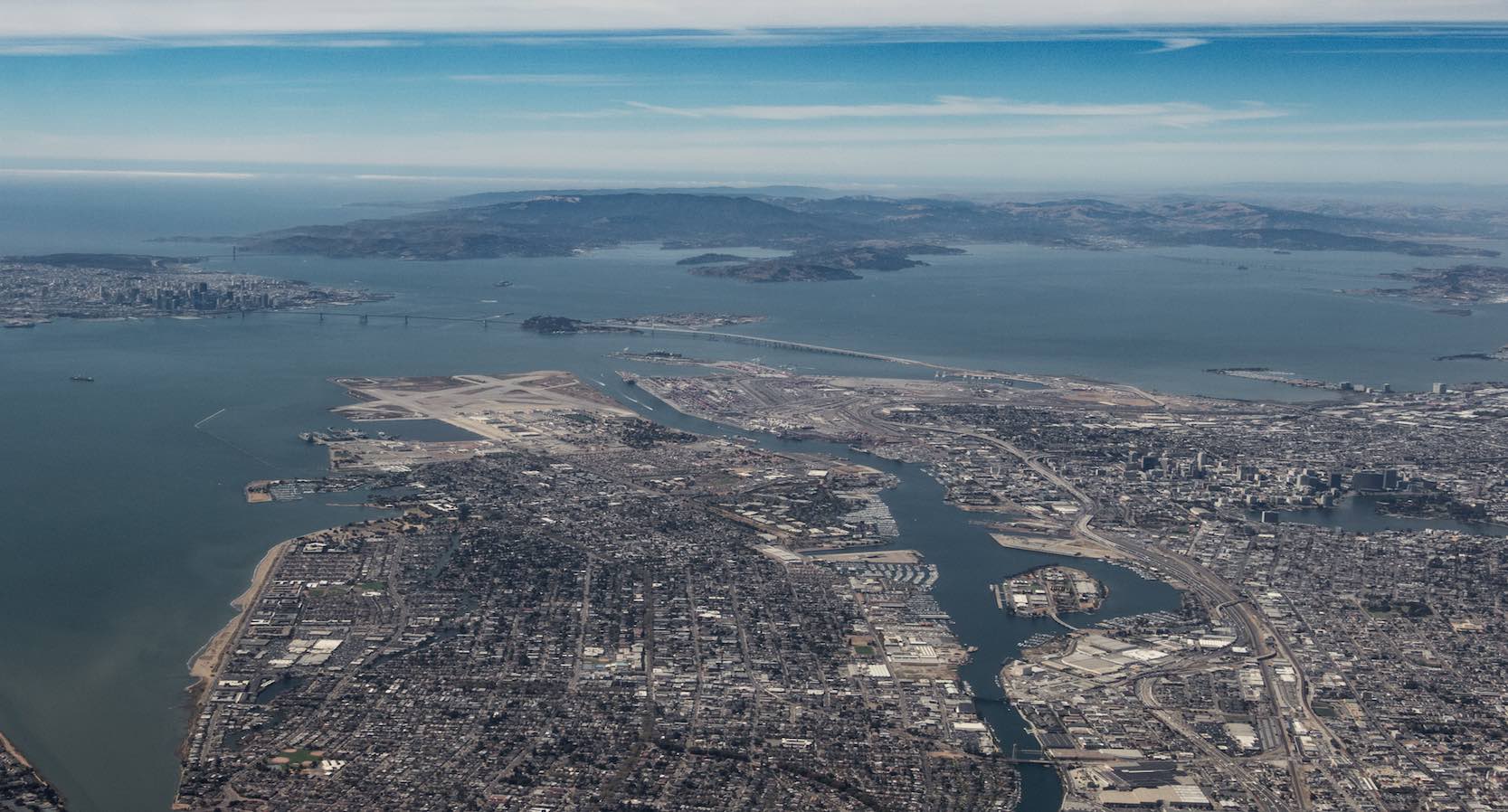 The airport is about 10 miles (16 km) south of Downtown Oakland and across from San Francisco on the other side of San Francisco Bay. It covers an area of 2,600 acres (1,100 ha).

The OAK Airport has 2 terminals - T1 and T2. The terminals are connected at post-security and gate areas, enabling arriving passengers to go straight to their connecting flights without having to re-enter the security check.

To see the terminal location, and for more information, please refer to the OAK Terminal Map.

The ground level at Terminal 1 houses the baggage claim area, customs, and most of the ticket counters. At Level 2 there’s a security check with access to gates 1-17, and gates 1 & 3 are international gates.

Terminal 2 has a baggage claim area and ticketing desks, with a security checkpoint in the center and access to gates 20-25 and gates 26-32.

View the full list of airlines served at OAK Airport.

There are various options for parking at Oakland Airport.

It is the closest and most convenient parking option at OAK and is located directly across from the terminals.

After the Premiere Lot, the closest proximity to the terminals for short-term parking is the Hourly Lot.

Off-Airport parking is available in various parking lots near the Oakland Airport. Most of the off-site lots allow 24/7 access.

From taxis to limos, rental cars to shuttles to busses, and OAK’s new Bay Area Rapid Transit station, passengers have plenty of options for ground transportation after arriving at the airport.

For passengers willing to travel via taxis and limos can find the same outside the airport. Taxis depart from designated taxi zones located at both Terminal 1 and 2 airport curbside. They can choose the one that best suits their requirement and convenience.

Rental Car services at Oakland Airport is open 24 hours a day. Travelers should check with their car rental agency's reservation center for hours of operation at OAK. Some of the well-known providers for car rentals include Alamo, Avis, Hertz, Budget, plus more.

Public transportation is one of the most economical options to travel from Oakland Airport. Passengers can take BART to avoid sitting in Bay Area traffic. BART trains connect Oakland International Airport with downtown San Francisco, Oakland, Berkeley, and many other Bay Area destinations. During most hours, trains depart every 6 minutes from OAK.

For visitors to have a great stay, Oakland Airport provides plenty of amenities and services including: 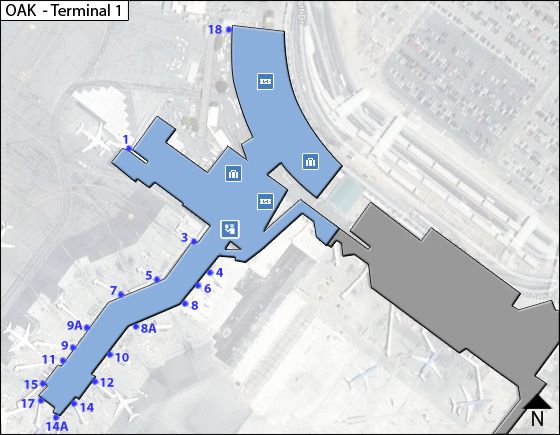 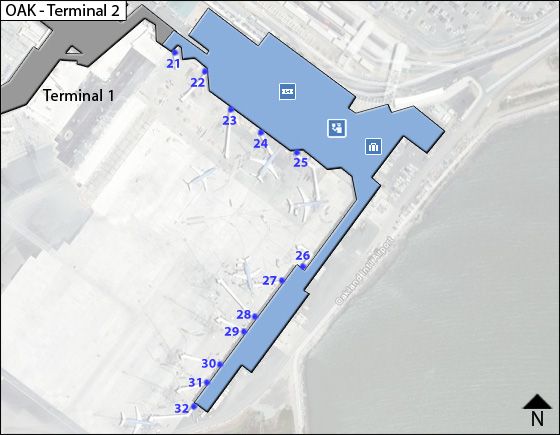 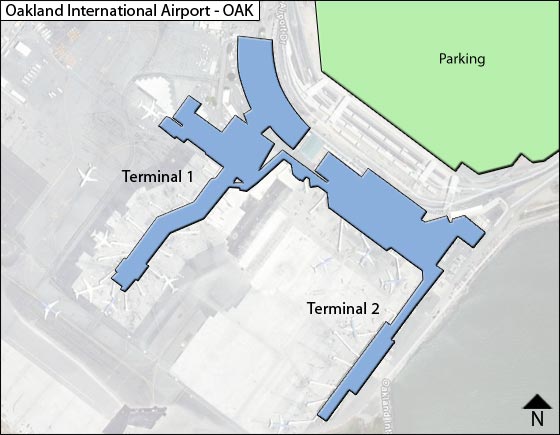 Yes. While the official name is Oakland International Airport, it is also referred to by its IATA code OAK.
You can fly to many cities from OAK Airport. Please have a look at our direct flights page to see where you can fly.
The airport is about 10 miles (16 km) south of Downtown Oakland.
Connecting passengers with an overnight layover may remain overnight in the terminal’s pre-security only. Since the airport is open 24 hours a day, 7 days a week, law enforcement officers are always on-site and you may be asked to show your identification and proof of travel. We also recommend these awesome OAK layover ideas.
No. The Oakland International Airport does not have lockers or other storage facilities.