Located in Dorval, Quebec, the Montreal-Trudeau International Airport is named after the former Canadian Prime Minister, Pierre Elliott Trudeau. It covers the area of Montreal, Greater Montreal, Quebec, and eastern Ontario in Canada.

All of its terminals are situated in the suburban Dorval region. YUL airport has three runways, two of which run parallel in the north-south direction. The two managing bodies of the international airport are Aéroports de Montréal (ADM) and Montréal–Mirabel.

The Montreal airport has one large terminal with three jetties/concourses. The terminal is divided into four areas –

Public area for all passengers and visitors

YUL Montreal Airport serves an array of airlines, such as United Airlines, Interjet, Qatar Airways Airlines, Air Inuit, and Air Canada, among others.

Find the complete list of airlines served by the YUL here.

There is an elaborate arrangement for parking at the YUL airport. These three main parking options will help you find the best suitable alternative to park your vehicle.

There are three options available for economy parking –

Passengers arriving at the YUL airport can avail of many ground transport services at the Montreal-Trudeau airport.

The 747shuttle service runs across the Montreal-Trudeau airport 24x7. The bus services are available from downtown and from the airport as well. The travel duration is usually between 45 and 70 minutes.

VIA Rail Canada is the country’s national railway service and runs several inter-city trains from the airport. Passengers can avail of a free minibus service to travel from Dorval station to the airport. Three of the main rail corridors are Québec City-Montréal Ottawa-Montréal and Toronto-Kingston-Montréal. Public transportation is one of the best means of transport to travel from YUL.

Aeroshuttle, Orleans Express, Autocars Skyport, and Greyhound are some of the regional shuttles providers that run from the YUL airport to different locations. The shuttle service varies as per the season.

There are multiple car rentals and taxis available at the airport. You can find an Uber or Eva for local travel. Apart from that, you can find taxis as well as limousines to travel to and from the airport.

While visiting the Montreal-Trudeau airport, passengers and visitors can enjoy varied amenities and recreational services, such as 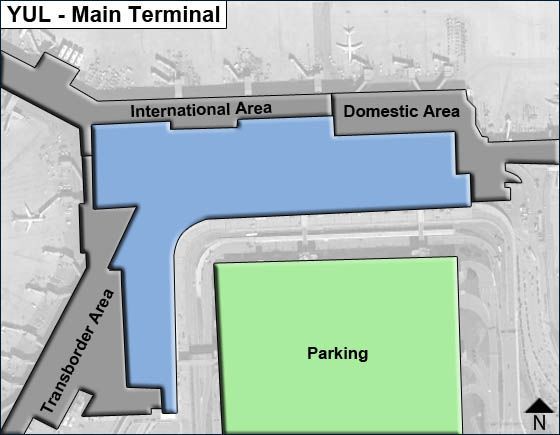 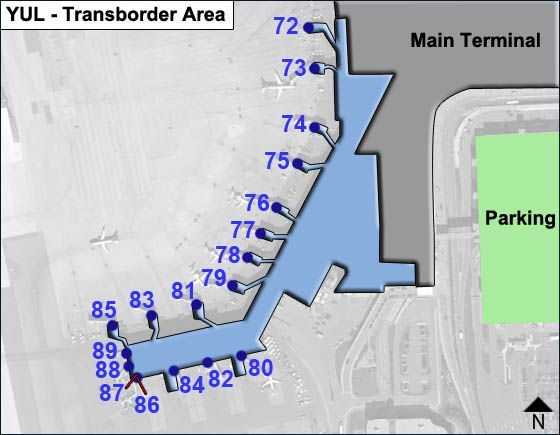 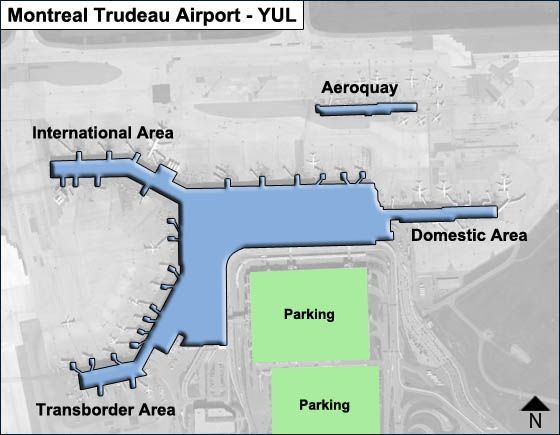 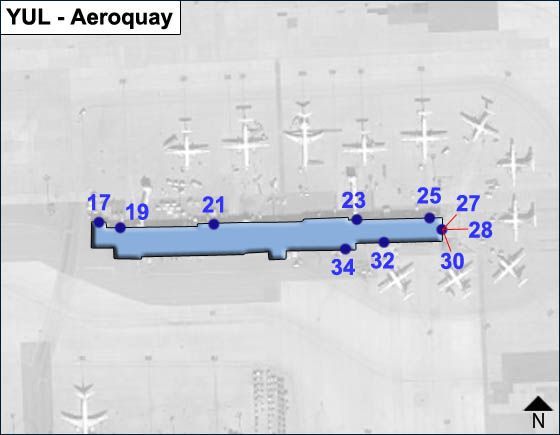 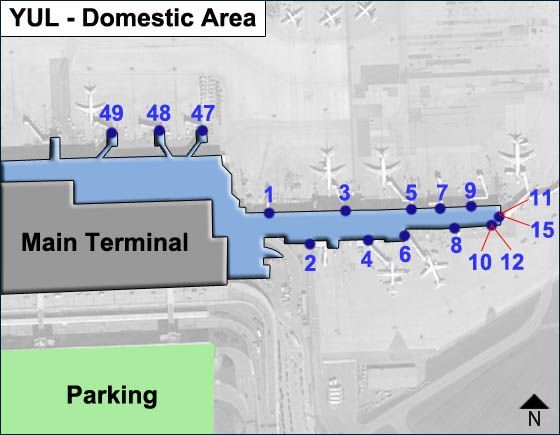 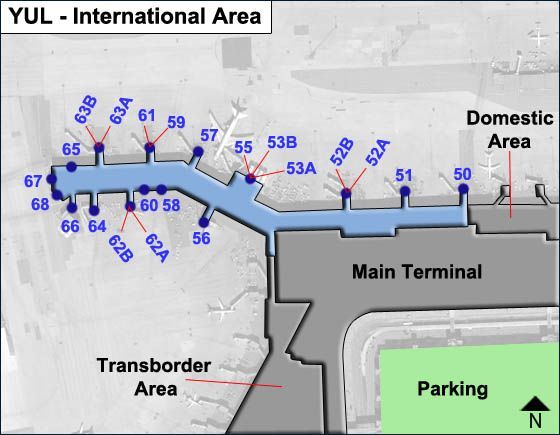 YUL is the code name for the Montreal-Trudeau international airport.
Yes, you can find multiple hotels inside and around the YUL airport. You can find a comprehensive list and compare different hotel prices here.
There is a wide range of recreational activities that passengers can avail of at the YUL. From bars and restaurants to in-house hotels and lounges, passengers waiting for connecting flights have many options to spend time. Check out these layover ideas to have fun at YUL airport.
Passengers can find and claim their lost items at the airport cloakroom. If you have left something on the flight, then you can contact the airline.