Restaurants, bars, and stores are dispersed throughout the terminals. Consult the Philadelphia airport map to get oriented. The B/C connector with the Philadelphia Marketplace houses 30 retail shops & a large food court, and connects to the post-security area of D.

If connecting from an international flight to a regional one, it is advisable to budget in an extra 30 minutes! Access to the terminals from the Philadelphia airport parking facilities is easy and quick. Rental car access is outside each Philadelphia airport terminal. Terminal A-West is the only terminal with US Immigration & Customs. Unless you have gone through US customs clearance by participating airports, you need to go through passport check, retrieve checked bags, go through customs clearance and - if transferring to another flight - re-check-in bag (the tag should indicate layover and final destination Airport Codes). Allow at least 35-45 minutes to connect to the terminal.

PHL Terminal A is divided into Terminals A-East & A-West - connected at their ticketing level - each with their own concourses. Terminal A-West is the only terminal with US Immigration & Customs, and serves all international flights, except those with U.S. pre-clearance facilities.

Philadelphia Airport Terminals A & B are connected by post-security walkway.

PHL Airport Concourse B gates B1-B16, and Concourse C gates C17-C31 on opposite sides, are served by American Airlines' domestic & Canadian flights. Both terminals are connected by a shopping mall and a food court. They house B/C ticketing and connect to the Baggage Claim B/C and to the Terminal Connector to Terminal D. PHL Terminal B/C services include the Admirals Club & shoe shine, and Terminal C houses the XpresSpa and United Club.

The Comcast lounge is across from the food court, between TB/TC and offers X1 TV service with seating/charging stations, and Xfinity reps for support.

Containing F gates F1-39, is only serviced by American Eagle. On the North side of the Terminal Complex is Terminal F ticketing with attached Baggage Claim F and a Terminal Connector to Terminal E, as well as access to Concourses 1 with gates F1-F9, Concourse 3 with gates F24-39, and Concourse 2 with gates F10-23.

Check out the Minute Suites ('The Traveler's Retreat'), offering private suites for an hourly fee (13 private suites are equipped with a daybed for 2, noise reduction, HDTV, wifi, & more). There is a USO facility near gate A6. 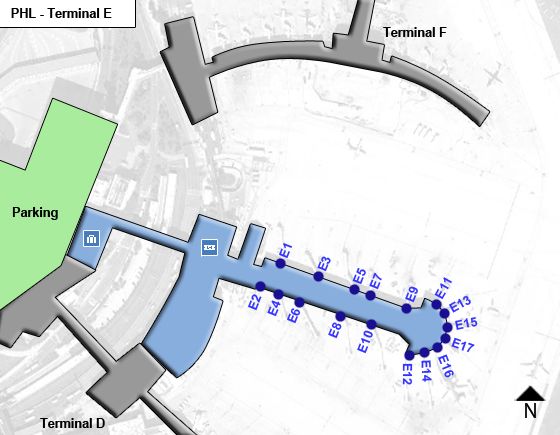 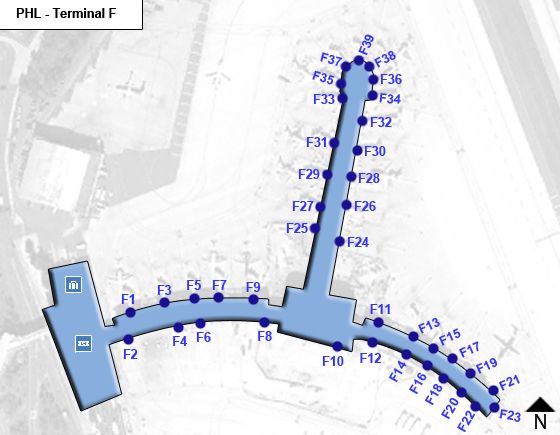 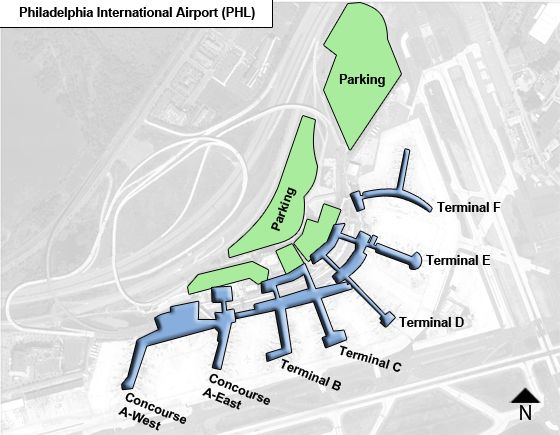 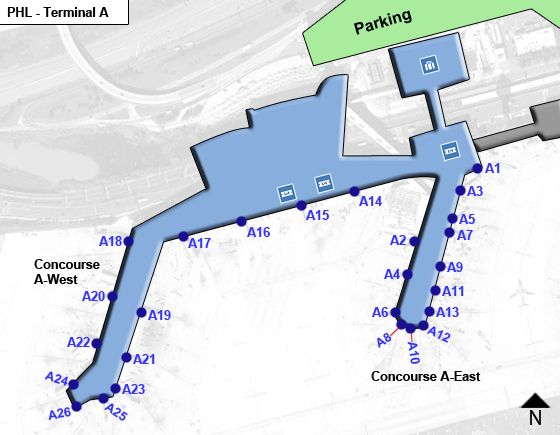 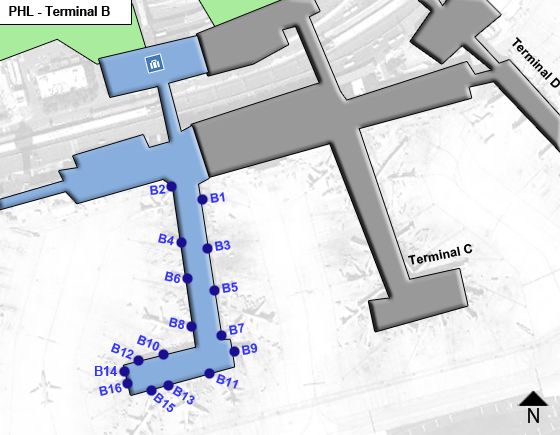 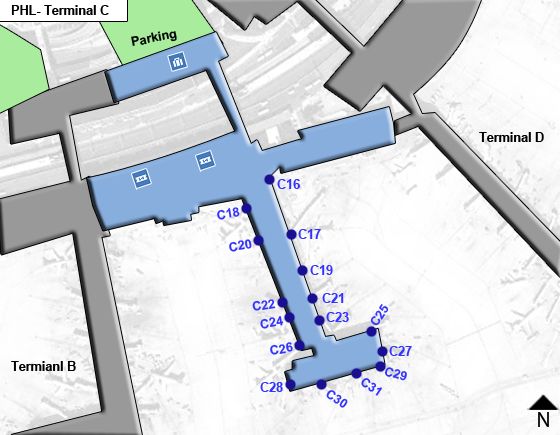 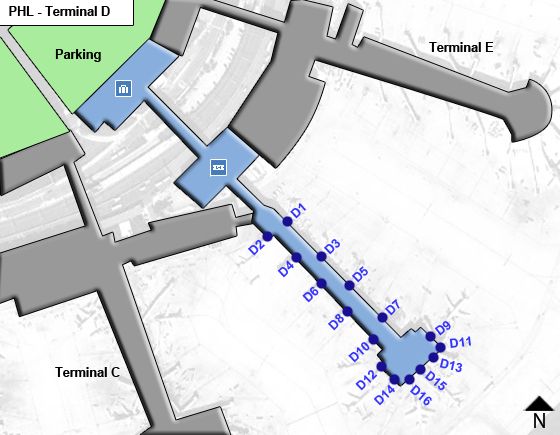 Nursing mothers now have nursing rooms available at 'Minute Suites' in the corridor connecting Terminals A-East & B, at post-security - first 30 mins are free - for more info call Minute Suites at 215-937-1076, or visit: www.minutesuites.com.

Have a question about Philadelphia Airport?