The landside terminal has three levels.

Level 2 is the Transit Level and connects passengers from the east by moving walkway to the Hyatt Regency Hotel & Extended Parking, and from the west to an Information desk, security checkpoint and to either the loading dock via escalator, or to People Mover to the Airside Terminal. This level consists of Clearview Credit Union and a Clearview Credit Union ATM at either end of the floor. It also has a PNC Bank ATM and an Information Desk at the post-security area, as well as an AED Defibrillator and Handicap Accessible Restroom in the same area.

Level 3 is the The Ticketing Level and has escalators and an elevator in the center, with ticket counters for American Airlines / US Airways at the north side, as well as Global Entry enrollment center and TSA oversized baggage. All other airline counters are at the south side, with six baggage screening points. To the left and right of the entrances near the public curb are wheelchair services. On the opposite side, past the elevators, is the entry to 'Alternate Checkpoint'.

Level 3 has a Fraley’s Robot Repair Shop across Gate A7, Indoor pet relief area across Gate D76, Information Desk in the Centre Core, Jabbrrbox at Gate B33 and near Gate C52, Kidsport at Gate C56, Mother’s Nursing Lounge near Gate C52, PNC Bank ATM in the Centre Core and the Food Court, and a Sensory Room near Gate A9. AED Defibrillators are also included on this level: 3 in Concourse A and B, and 2 in Concourse C and D. Handicap Accessible Restroom can be found at Gate D77 and a Sensory Friendly Restroom near Gate A11.

Level 4 or the Mezzanine Level of the Airside Terminal has an Interfaith Chapel in the Main Hall.

To get better oriented, see the following detailed airside maps:

There are many options for shopping and dining around the Pittsburgh International Airport. Some notable shops and restaurants include Martini, Primanti Brothers, and ECCO in the Center Core; Dunkin' Donuts, Bellfarm Kitchen, and 7-Eleven in the Landside Terminal; Penn Brewery, Cinnabon, and Auntie Anne's in Concourse A; Joe & The Juice and Bruegger's Bagels in Concourse B; and FuelRods Kiosk in Concourse C.

The hours and wait times estimates for each security checkpoint can be found on the Pittsburgh International Airport Security Wait Times Page.

There are several airline lounges at the Pittsburgh Airport. There is a Military Lounge in the Airside Concourse C near Gate C54, which is exclusively for the military personnel and their families. On the Mezzanine Level of the Airside Terminal (Level 4) there is an American Airlines Admirals Club with complimentary services and amenities to make travel more productive and relaxing.

U.S. Customs and Border Protection (CBP) handles all customs and immigration procedures at BOS Airport. Mobile Passport Control (MPC) is available for U.S. and Canadian and allows them to gain expedited entry via mobile apps. 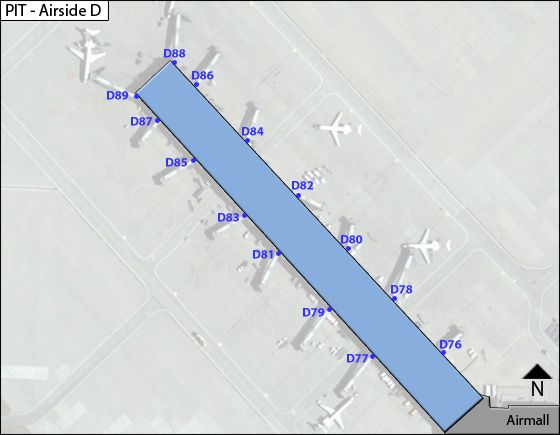 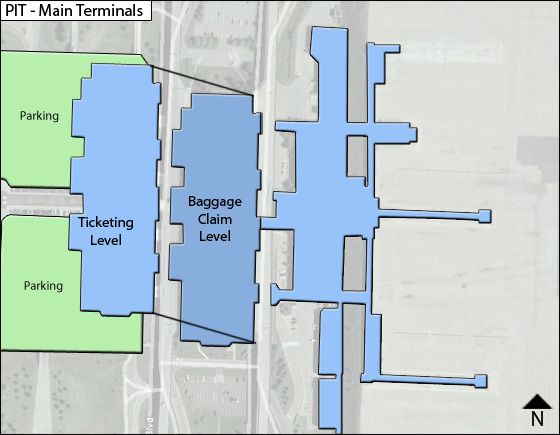 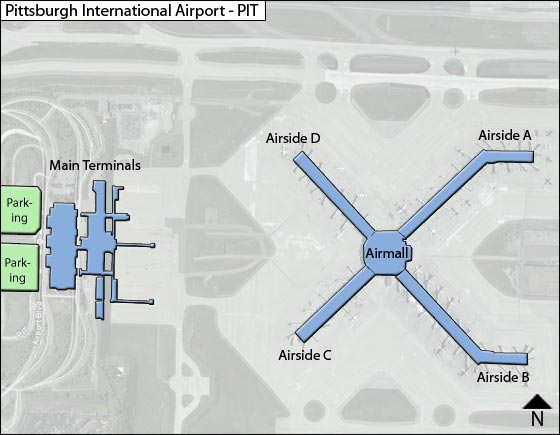 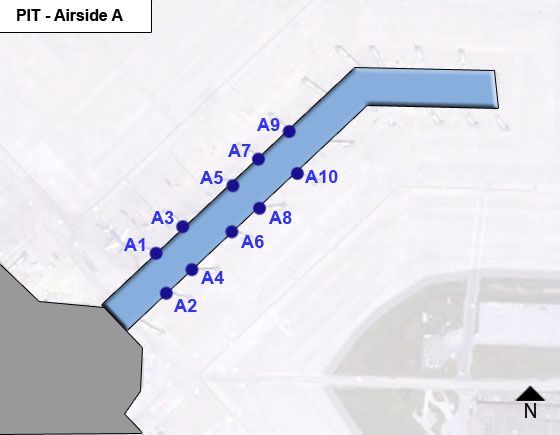 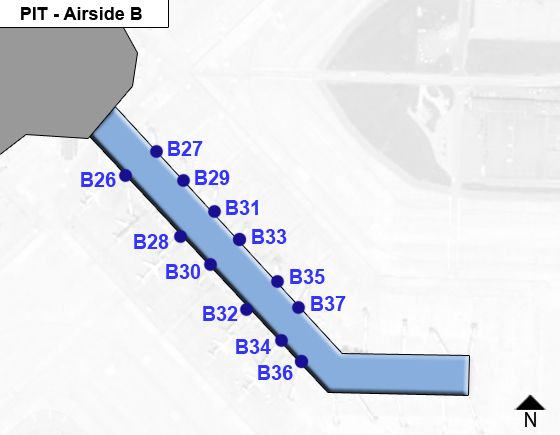 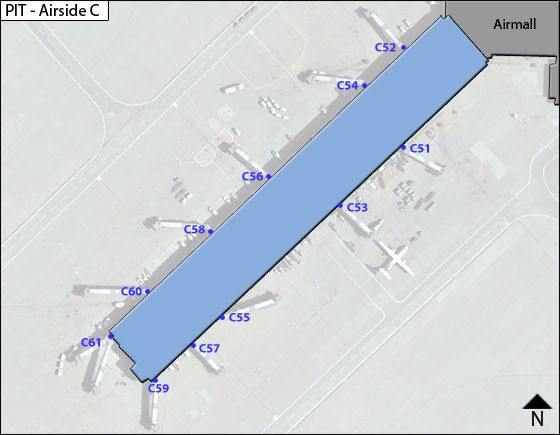 Have a question about Pittsburgh Airport?