iFly.com
Tokyo Haneda International Airport HND - now a 5-Star Airport - is one of two primary airports serving the greater Tokyo region (the other being Narita).  While Narita Airport handles most of the international flights,  Haneda Airport has handled the bulk of domestic flights; however  in the last few years, it has also has taken on Korean, Chinese & Taiwanese charter flights.   Haneda is also closer to Tokyo  than to Narita.
Skytrax 'Global Airport Ranking' awarded Haneda Airport a 5-Star ranking in August 2015, while Skytrax's 'World's Best Airport Awards' 2015 were given to Haneda Airport  in March 2015 for (a) Best Domestic Airport (third time in a row) and (b) to Best Airport Security Processing (first time).

HND Airport is located in Ota, Tokyo, 14 km south of Tokyo Station, Japan, and can be accessed from Tokyo by using the ‘Kuko Chuo Exit’ from Expressway Bay Shore Route (West) via National Route 357, and from Yokohama by using the ’Wangan Kanpachi Exit’ from Expressway Bay Shore Route (East). Train stations are located in Terminal 2. Haneda Airport can be reached from Tokyo's center in half an hour; while it takes over an hour to get to Narita Airport.

With four long runways and 80.1 million passengers in 2016, Tokyo Haneda Airport is hub Japan Airlines, located in Terminal 1, and to All Nippon Airways, located in Terminal 2, and is served by a host of domestic and international, regular and low-fare Airlines, offering direct and connecting flights to all points of the globe.

On-Airport Hotels:
- Haneda Excel Hotel with 387 rooms is directly connected to Terminal 2 at its shopping & dining section.
- Royal Park Hotel with 313 rooms is located inside the new international terminal expansion area (accessible from the the departure lobby on level 3) houses a spacious Tailwind restaurant & bar & offers 'shower/ refresh rooms' by the hour.
- A Transit Hotel (by Royal Park Hotel) at the International Terminal - with 17 rooms & 18  with showers - is directly accessible from the transit area at airside -  in the secured (airside) area of the (Int'l) terminal - eliminating the need to clear passport control.
Tokyo-Haneda Airport has three passenger terminals - Domestic T1 & T2 and the  International Terminal. For more information refer to 'Terminal Map' at this site and view details below it.
- Duty-free shopping can be paid online via 'WeChat Payment'.
- Passengers transferring from International to Domestic terminals may use these options: By free shuttle bus on Level 1; by Keikyu Line or Monorail (obtain a free ticket at the informaton counter on Level 2, by presenting your passport & ticket.
NOTE:  Haneda Airport has separate sites for its International Terminal (www.haneda-airport.jp/inter/en/) and its Domestic Terminal (www.tokyo-airport-bldg.co.jap/en). 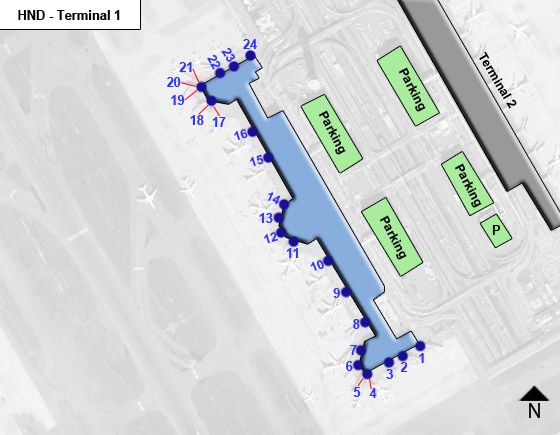 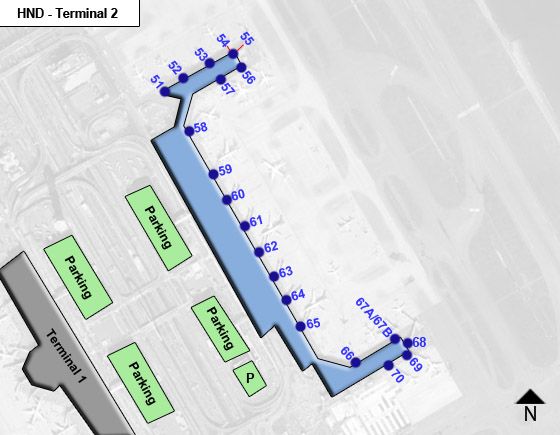 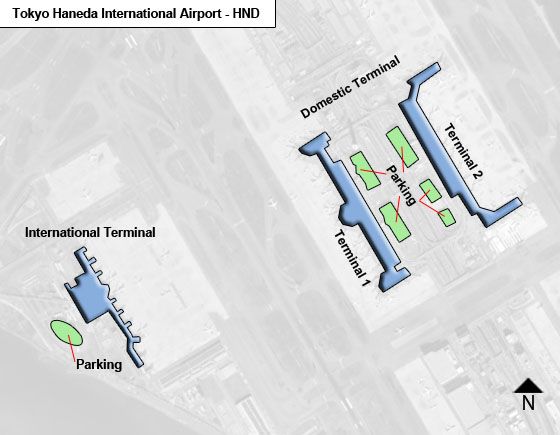 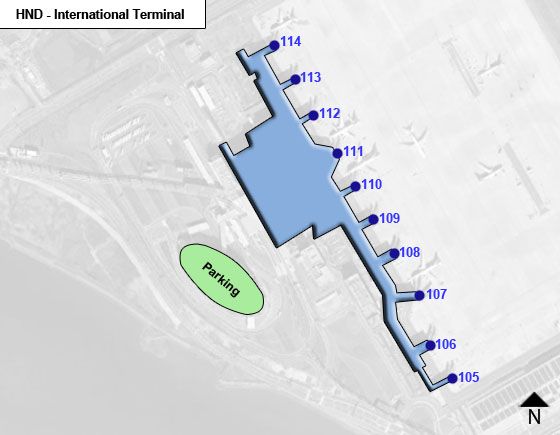